Remember Mega Man II for the NES?  Who hasn’t?  Released in 1988, Mega Man II became a critical and commercial success, expanding the Nintendo world to the outer reaches of the sun.  Mega Man since then has been connected to Nintendo just as much as Mario and Link have been.  Yes, the trio of Nintendo heroes has never failed and remains timeless to this day.  On Genghis Tron’s newest metal slice, Board Up The House, the Poughkeepsie-formed/Philadelphia-based trio has broadened the genre of metal into a much higher lake of fire. 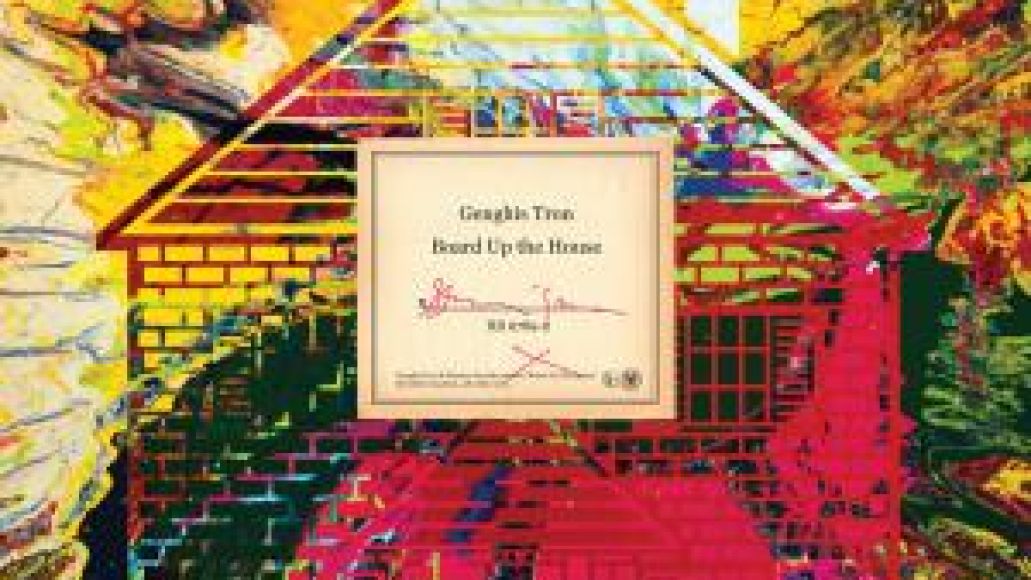 Lacking both a bass player and a drummer, the band’s blistering cuts make heads spin faster than Linda Blair’s does in “The Exorcist.” On the first two cuts alone, “Board Up The House” and “Endless Teeth,” Mookie Singerman’s screaming vocals sound more like an army of warriors suffering from lycanthropy.  In other words, it’s reminiscent of a pack of werewolves dancing with the devil in the pale moonlight.

The guitar work is excellent on all the tracks.  Michael Sochynsky makes great usage of musical passages and adds riff after riff of constant velocity it adds to the chaotic mood like gunpowder to a Colt 45.  The video game-like influences are all over the place and given the opportunity, this band could seriously score some heavy metal Nintendo movies.  That is, if any of them are ever made.

Either way, Genghis Tron’s second effort is blisteringly heavy, and not for the light at heart.  The only drawback to the album is that given Singerman’s vocals are throaty, chaotic and mesh with the music well, it does start to wear on the ears a bit and gets quite tiresome.  Fortunately, the band offers killer instrumental passages on top of impressive drum programming.  Trent Reznor would tip his cap, most likely.

As Mega Man continues his quest to destroy Dr. Wily’s plans for world domination, there will always be great games and music.  Genghis Tron’s newest meaty cuts fit in nicely, and they’ve only just begun.

Check Out:
“Board Up The House”(Courtesy of FileFreak)
“City on a Hill”

Album Review: Genghis Tron - Board Up The House