Hear ye! Hear ye! Cold War Kids to rock Coachella! It was only four years ago that the group, made up of front man Nathan Willett, drummer Matt Aveiro, guitarist Jonnie Russell and bassist Matt Maust, had come together in Fullerton, CA. They began playing live shows and quickly followed with the recording of their first EP, Mulberry Street. Two short years later, in 2006, they found themselves in the studio again, this time with Downtown Records, churning out what would be their debut LP, Robbers & Cowards. 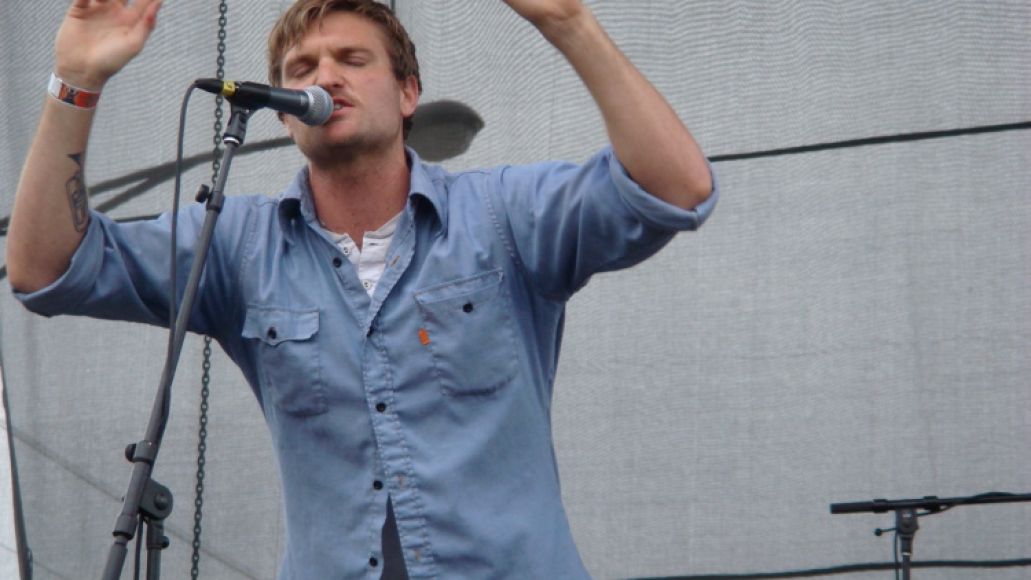 For those unfamiliar with the band, their sound is a melting pot of soul, blues rock, punk and folk, stirred into an indie rock creation. Their songs are very story driven, focusing on dark subjects, such as a death row inmate rapist killer in the eerie tambourine jam “Saint John”. They have confessed of taking influence from a wide array of artists and musicians, ranging from Billie Holiday to The Velvet Underground to Bob Dylan, although it’s difficult to make the association upon listening to them, which in my book, is a good thing, though not an easy thing to pull off either.

As for their live show, I have seen them twice now and am relying on good scheduling to allow for a third. Their mastery over their current material translates well on stage and they appear to genuinely enjoy playing off of one another. They keep a strong element of spontaneity and do a lot of moving around onstage too, which in an interview on MTV.com, Willett says they do to “Elbow out any jitters”. With a second album in the works, we should be in for some new tunes, which is a definite bonus, as well.  So, if you like what you hear on Robbers & Cowards and enjoy straightforward rock, go check them out. You won’t be disappointed.

Check Out:
“Saint John” (Live @ Lollapalooza)
“Hang Me Up To Dry”