Come next week, I’ll be on my third trip back to the desert, having been to Coachella in ‘04 and ‘07. Last year, I thought that the lineup would never be topped, but shame on me for doubting Goldenvoice because this year’s lineup is nothing short of spectacular. One of the acts that I am most excited about seeing is Serj Tankian. Tankian is the dynamic, former frontman of System of a Down and co-founder (with Tom Morello) of Axis of Justice. 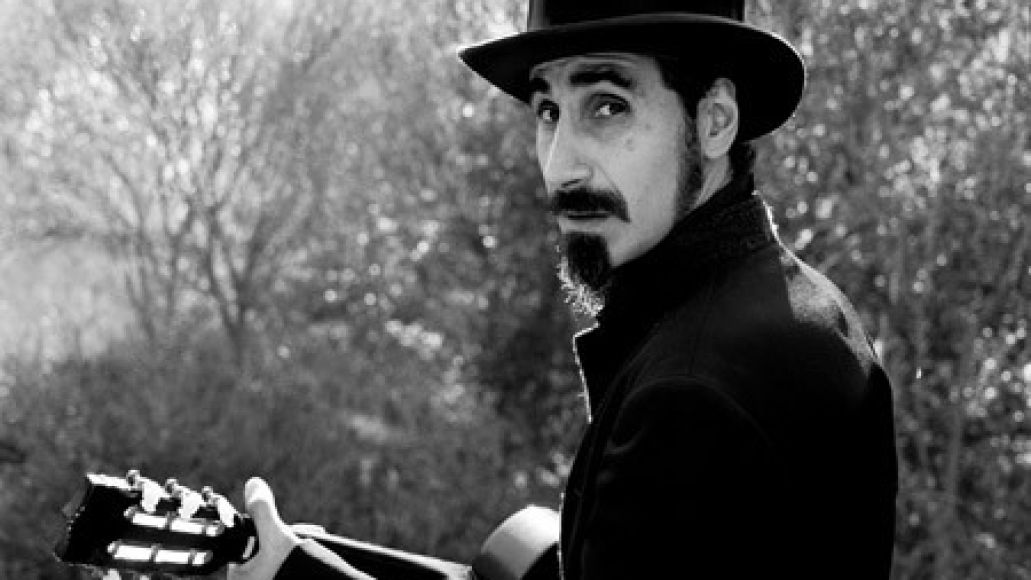 In May of 2006, SOAD announced that they were taking an indefinite hiatus, which allowed for Tankian to record his solo debut, Elect the Dead in 2007. Elect the Dead doesn’t explore much new territory, but SOAD fans should find it to be quite satisfying. Tankian’s lyrics are both cleverly sarcastic and brutally honest. He is doing his part to change the world one verse at a time.

Musically, Tankian changes times and tempos frequently, producing interesting arrangements. He also experiments with syncopation, while offering more melodic tracks than previously heard with SOAD. Tankian has a gift for taking unpleasant topics such as drug abuse, suicide, and genocide, putting them to music and actually making people think about these issues. Take the track “Lie Lie Lie” if you changed the lyrics and lost the heavy bass line, it could almost pass for something out of a Disney movie.

I have been a huge SOAD fan for many years. It’s practically unhealthy how much I listen to Steal This Album. I saw System live on the Hypnotize/Mesmerize tour and it was a fantastic show. They opened and closed with “Soldier Side” and played tracks off all five of their studio albums. Tankian spent most of the show focusing on his vocals, only breaking out the keyboard for a couple of songs. I am interested to see if, as a solo act, he spends more time at the keys. Also, something tells me that we will get a special guest or two during his set (my guess is Perry Farrell).

Hopefully, the Coachella schedule will come out soon because I am beginning to fear some major Friday conflicts. Right now, I am hopeful to catch Serj, Fat Boy Slim, and Aphex Twin. So Coachella Gods, if you’re listening, please plan the schedule accordingly. Oh yeah, and if you can make sure that Gogol Bordello and Roger Waters don’t conflict on Sunday that would be great, too!