Laurie and I wanted to do a wrap up of the events that we either weren’t able to see, thought were worth mentioning, or just failed to acknowledge in our original Coachella coverage of Day 1, Day 2, and Day 3.

One event worth mentioning is the “Coachella Express”, a combined effort of both Coachella and Amtrak, providing campers a straight shot from L.A.’s Union Station to Indio and back. The FREE train ride has already become a popular hit, providing riders with a drink cart, a Coachella Tee shirt, surprise VIP passes, free ice cream and what I envy most…sets by four different DJ’s including none other than, Junkie XL, who also performed a powerful set on Saturday night prior to M.I.A., in the Sahara Tent. 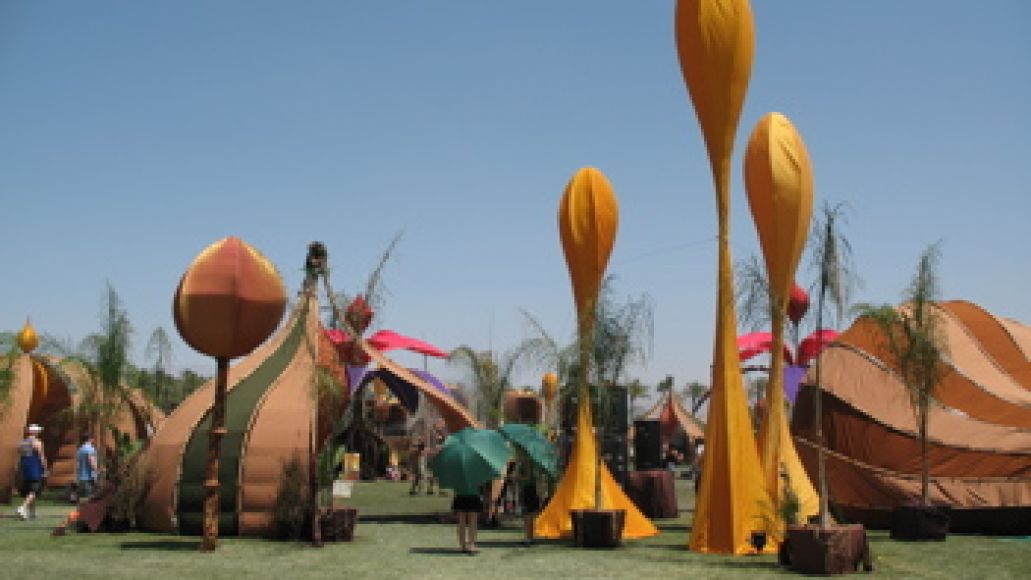 Some of the artists that shouldn’t go without mention are: The Raconteurs, who we heard from several fans, were the highlight of their Coachella experience. Although I would like to have seen them, we weren’t about leave our front row spot for Aphex Twin… I’m sure you understand. We heard mixed reviews about The Verve. A few people told us they were solid, others said that the vocals were dodgy and that Richard Ashcroft was a little too good at making bad jokes on stage. Word of mouth was pretty good for Kraftwerk, for those who like their style and were familiar with their sound. I feel like I should mention Death Cab for Cutie and Jack Johnson because they are both pretty big acts, although, I didn’t hear a single comment, good or bad, from anybody. Hmmm? Flogging Molly’s show, I’m told was awesome. While waiting in line to get on our flight back to Chicago, we met a fellow Coachella-goer who raved Danny Tenaglia’s set as her personal favorite. Finally, The Breeders, whom I didn’t hear a single word about from anybody…and to be honest I forgot they were even there, until on our plane ride home. Yes…I felt bad about that. 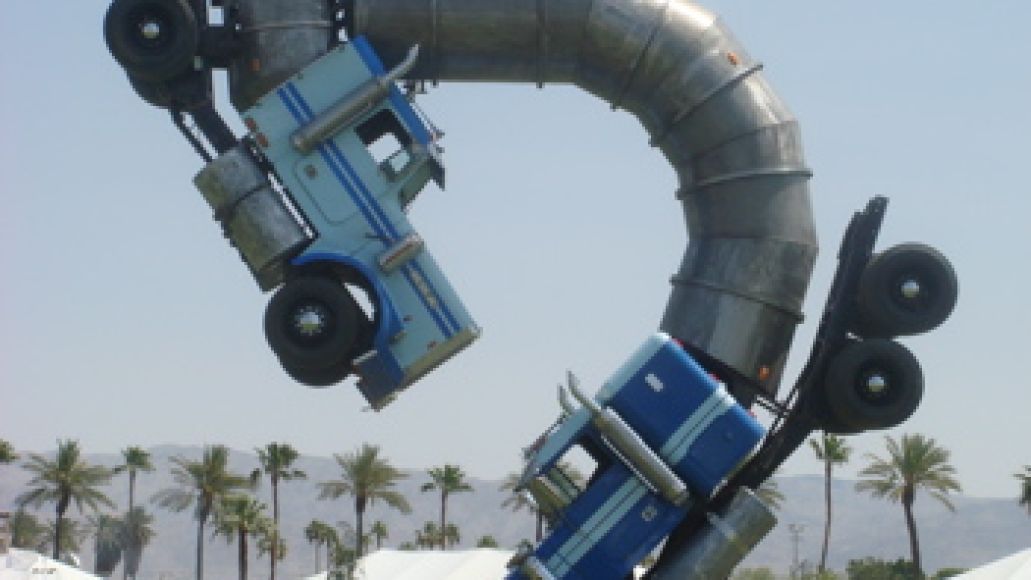 I also wanted to touch on the display of some of the Coachella Artwork and sculptures. I am not going to try to explain what the artist is saying through their work, rather, I will just give you a brief description. This years Art Display consisted of the “Big Rig Jig” which was made up of two 18-wheelers stacked upon one another, which served the dual purpose of art and shade from the desert sun. “The Do Lab” (see above) made its fourth appearance at Coachella this year, and once again was a fan fav, as it provides atmosphere, shade, and signature performances. Adam Freeland and Jesse (Brazilian Girls) were among the many artists performing sets throughout the fest. “The Steampunk Treehouse” was a sight to be seen. It reminded me of something out of “Castlevania” or “Monster House”. It was an industrial looking jagged edged tree house (featured below) that provided shade and allowed you to climb within it and view the grounds from a different perspective. Finally, the “Cauac Twins” made their seventh appearance as the world’s most powerful twin tesla coils. I love their ability to know the perfect time to zap…like on my walk from Roger Waters to the Justice tent…brilliant! 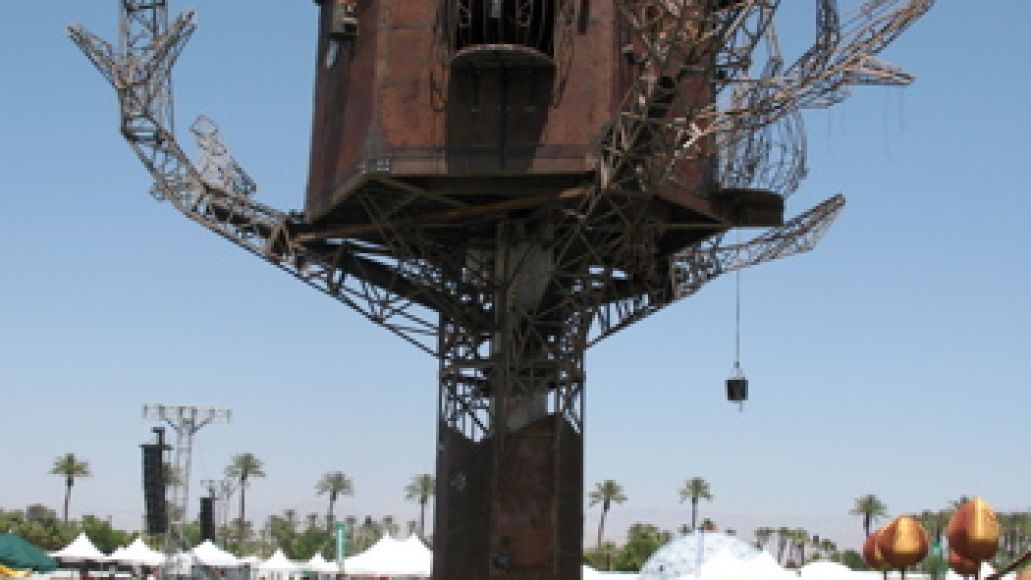 In closing, I wanted to touch on the difference in the vibe from this year vs. last year. I am convinced that word of mouth guided the decisions for this year’s headliners, Jack Johnson, Prince, and Roger Waters. This combined vibe of mellow and party was quite different from last year’s headliners, Bjork, Red Hot Chili Peppers, and Rage Against the Machine, which brought in a high energy, loud and (some would argue) angry vibe. I loved both this year and last year’s shows (this year had a slight edge) and think no matter what you thought of both years lineups (or any other year) that it is inarguable that the creative minds behind Coachella really try their best to give the fans what they want…and usually succeed admirably.

A great fest, as all of us festival junkies know, is chockfull of memories that provide a personal highlight reel that stretches miles long. For me, if I had to pick one moment that stole the show in Coachella 2008, it would be the unleashing of the giant inflatable pig from Roger Waters’ set. That moment definitely blew my mind and I feel confident saying it did the same for tens of thousands of other viewers. Hopefully you didn’t miss it but if you did, I’m sure you have your own unforgettable moments from another fantastic year at Coachella. See you next year!

CoS: Coachella Coverage: Final Wrap Up