What an intricate and twisted story The Helio Sequence has to offer. After six months of touring in the U.S. and Europe with the likes of Blonde Redhead, Modest Mouse, Kings of Leon, and Secret Machines, Brandon Summers’ vocal chords were a little bent out of shape. In fact, Summers was in so much pain while singing that he began drinking 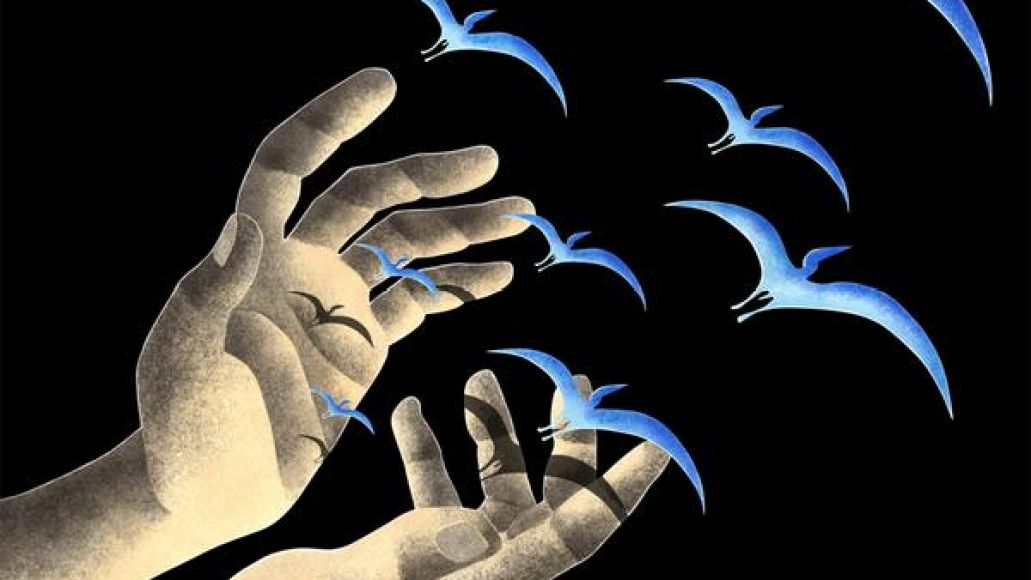 gallons of whiskey to numb the pain before a show; however this just made matters worse, forcing the band to leave the tour midway through. Needless to say, this left Summers in shreds. He was voiceless and even worse, jaded.

Awash in boredom, our struggling front man began to pick up on his easy reading, with books such as Bob Dylan’s “Chronicles”, where he found much of his inspiration. Retiring from whiskey, Summers began knocking back Throat Coat® and underwent vocal exercises, utilizing different mic techniques and positions. In due time, he was back in the studio with old buddy Benjamin Weikel, ready to write one of their most dynamic and extraordinary pieces of music yet. Self produced and mastered by Greg Calbi, who has worked with many artists ranging from Iron and Wine to Interpol, The Helio Sequence has a fresh yet bold new sound.

My first hand experience with the band came as a surprise. I saw this band live while they were on tour with Minus the Bear, and I didn’t know what to expect. The noise, the sound, the lyrics, the movement were all so overwhelming to me. So much so, that mid way through Minus the Bear’s set, I walked out and headed to the merchandise table. There, I was fortunate enough to meet Summers in the flesh. We talked briefly of his new upcoming tour with Rogue Wave (I was wearing their band shirt), I shook his hand and we departed our ways. So why all this backstory? “Lately”, the album’s opening track, reminds me of that night, as if it were a recurring dream: the sounds, the landscapes- it was all so very much there. Sure, it may seem farfetched but believe this, Keep Your Eyes Ahead is The Helio Sequence’s greatest piece of music yet and I couldn’t be more pleased with its holdings.

Songs such as “Can’t Say No” reveal the catchy and bouncy voice of Summers, and what’s more, the lyrics are phenomenal. Musically it’s top notch with keyboardist/drummer Benjamin Weikel keeping steady against a harmony that is drilling. This lullaby keeps you up and wanting more, clocking in at three minutes and thirty two seconds, ending almost too early. Looking back on their earlier work, this is a surprise for The Helio Sequence. Songs went as long as six minutes and thirty five seconds (“Sassafras” off of Com Plex) to nearly seven minutes (“Take, Take, Take” off of Young Effectuals).

This is both good and bad. A part of me longs for the complexity that this band had to offer in their earlier work, but on a whole, I’m not completely dissatisfied. On “Shed Your Love”, which sounds much of what Bob Dylan would write if he was in his late twenties in the twenty first century, the two cut straight to the point, without wasting time on repetitive ambiance and fuzz as many bands believe they need to do in order to give a mediocre song setting and “meaning.”

Let’s not forget the heart pounding, sexy single “Keep Your Eyes Ahead”, a vortex of different melodies that splash over you like a wave about to crash over a city. Come on, this song sells the album, with a chorus that tricks you into singing it yourself, you can’t help but feel good when you hear this catchy tune. What’s amazing is that it’s a two piece band yet could be mistaken for an orchestra. Need proof? Listen to the breakdown here, when you can hear the guitar roar off its tracks with its melody following directly behind. Words like “gorgeous”, “intimate”, or “insatiable” come to mind.

This album has variety, so much so that the Austin Chronicle claims it to have “multiple personality disorder.” I would agree but not in such a negative way. Yes, this album has many wide ranges of music, from the borderline sing along of “The Captive Mind” to the in the gutter hum of “Back To This.” Let’s not shun this quality, for it’s what keeps you interested in the music itself. Don’t turn away from multiplicity but embrace it, especially with this album, where you have sounds coming at you from all different directions, such as the synthesized sound of the east (“You Can Come To Me”), to the hard hitting small town resonance of the west (“Broken Afternoon”).

Call it what you will but Keep Your Eyes Ahead is truly a home run for this indie band and I enjoyed it just as much as its predecessors, if not more.

Check Out:
“Keep Your Eyes Ahead”