With a look that kills and a sound that mocks Joy Division and Bauhaus, The Mission Veo is right on its way to that “new wave sound” that carbon copies She Wants Revenge, Ladytron, and Placebo also share. No offense to the band (keeping in mind that they live right down my street), it’s just that the sound has been heard before. In songs such as “Photo” or their single, “New York Scum”, you find the same repetitive, echoed guitar riffs, synthesizers and obnoxious monotone vocals that bring a blanket of depression over you on a cold (or a warm) day. It’s a sound that hurls you back to the dissatisfied 1980’s, amongst the macabre of Robert Smith and Morrissey, to the bored, dry landscapes in novels Less Than Zero, the latter which foretells the lavish, surreal high life of rich teens spending their daddy’s money on blow and heroin. 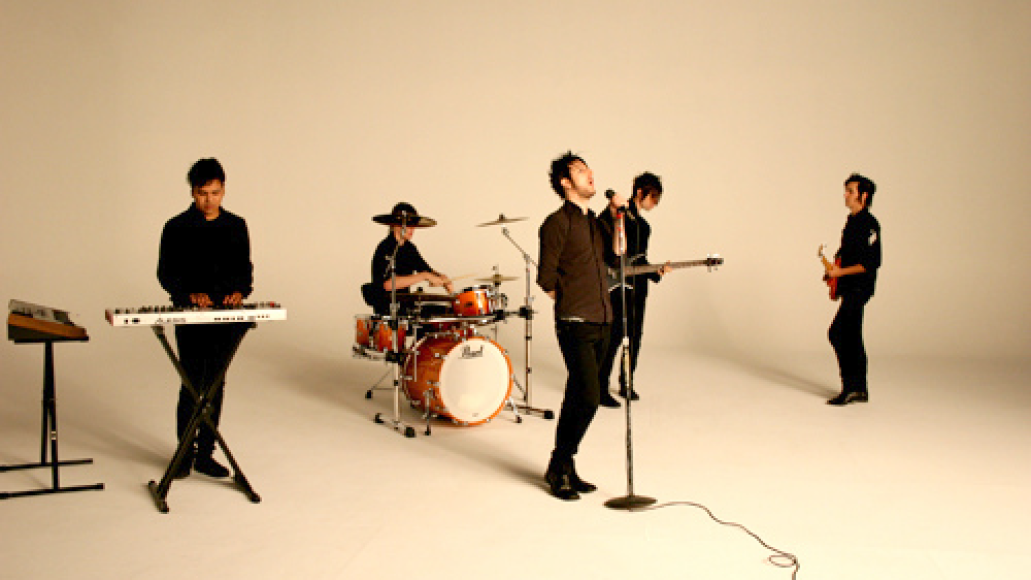 Nonetheless I find it quite odd how a band such as The Mission Veo can be bundled together within my hometown of Ft. Lauderdale, FL, where its music scene is one to truly be ignored. My sick sad little city is based off of two genres, ska and punk, so I ask this, “How can a band like The Mission Veo, whose genre was once Dark Wave Rising, thrive?” Well to my astonishment, and the little help of a MySpace page, The Mission Veo doesn’t actually play in Fort Lauderdale, they play in Miami, where The Faint and the “techno punk” scene walk the streets like prowling rats infesting sewers.

To bring you up to speed, The Mission Veo has been with two local record companies, and with these two record companies, the band has also had two opposing sounds. While on Honeycomb Records, The Mission Veo retooled a sound which was moreover a sure dose of At the Drive-In and Blood Brothers. I was ready to go with songs like “Roswell Expo” and “And You Can Find This In a Pill”. On their new label, Contempt Records, where they shelled out the new album, I was shattered to hear what had become of my once favorite local artist. They dropped it all: the sound, the glamour, the mystery. It was all gone. A dust bowl had swept what good music that was left in Fort Lauderdale and replaced it with something same ol’ same ol’.

With over 1000 hits a day on their MySpace playlist, The Mission Veo definitely have some form of a following, which I think is great. They deserve to be acknowledged and known for what they do best. Granted, it may have been done before, but they still do it very well. Hell, they have to be doing something right, especially when they played nearly a full house at the Culture Room (a great venue centered in Fort Lauderdale that takes intense connections to get on that stage) that Contempt Records held for them in honor of their upcoming release.

Before I get too smarmy, let me wrap this up. Give them a shot. Maybe you see the same as I do, or maybe you think I’m an arrogant prick with a laptop, who has an opinion that reeks of digital diarrhea. Whatever it may be, check out The Mission Veo… after all, you just spent a couple of minutes reading about them.