Out of all the genres in music, I find it hard to liken up to ska. What does it have? Most of it sounds dull and repetitive, never really going anywhere for me. This is coming from someone that gets off on atmosphere, progression, and melodies. (Throw me an album by The Mars Volta or the Helio Sequence and I’m set for the afternoon.) Though, to me, ska is basically the same four or five chords, predictably followed by horns that mirror the same progression. I just call it glorified punk. Sure, there are some exceptions to this (e.g. Streetlight Manifesto, Save Ferris, and early Reel Big Fish), but beyond, what else is there? 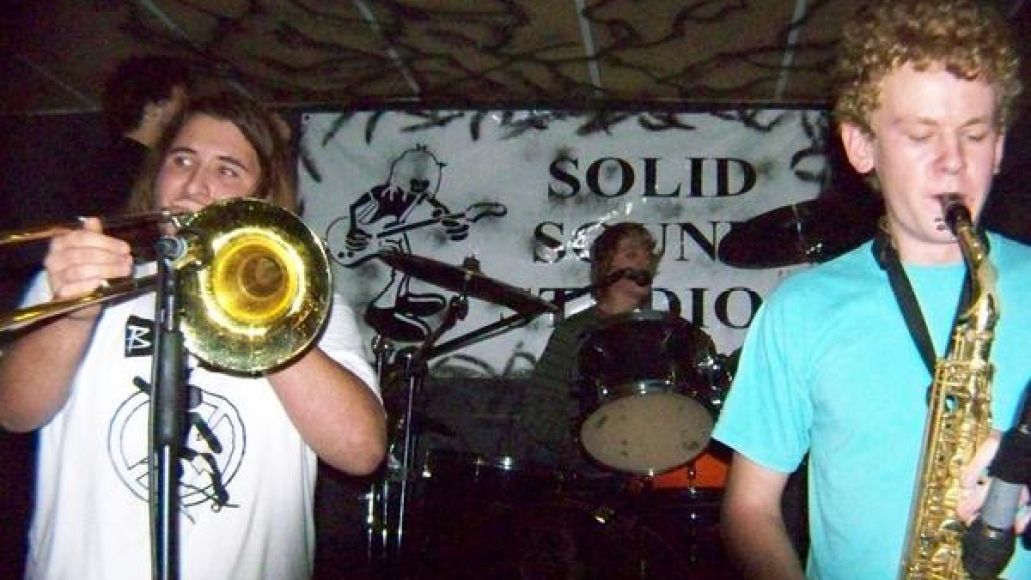 I live in Fort Lauderdale, Florida, where I am constantly surrounded by either horrible hardcore bands that try too hard to sound like Millions of Dead Cops or ska bands that attempt to be the next Catch-22 or Big D and the Kid’s Table. They’re all running down the same road, attempting success. But, let’s just be honest here, it’s most likely never going to happen. I will give some credit however, we do have Team Falcon, a Weston ska band, whom are phenomenal but really don’t catch my attention. Then there’s the notorious Less Than Jake, but everyone knows they’re first-rate Florida ska, so why even mention them? One band worth noting and one that actually caught my attention are The Skamericans.

What’s different about The Skamericans to other ska bands in Fort Lauderdale is that they actually move the crowd either through “skanking” or jumping about. Once the crowd hears the fast paced hard hitting drums or the infamous horn section, it’s hell in the pit. “Everyone goes ape shit,” says guitarist Michael Edwards of Triton, who has on many occasions opened up for the local town ska-heroes. Maybe its the afrobeat sound, but something screams “different.”

Giving you a little history lesson, The Skamericans have been around since November of 2006. Remarkable how a band who has only been around three years can have such a decently sized following. These guys are young and only have more to show in the upcoming years to come. The band consists of Elliot Upp (who sings and plays drums), Keagan Selby (guitarist and backup vocals), Alex Upp (bassist), Robert Edmonson (tenor/ Alto Saxophone), Sam Gellerstein (trombone), Brian Cavanaugh (trumpet), and finally Max Boiko (trumpet). Essentially this band is much more than a motley crue of musicians, they are a family.As much as I hate ska, I have to give these guys credit. They know what they’re doing and they know it well. As young or as “juvenile” this band may seem at first glance, check them out at their MySpace and see for yourself.