If you must see the entire four hour set of straight jamming by Phil Lesh & Friends, which will undoubtedly be nothing less than that, fear not…The Coup will be making two appearances at this year’s Bonnaroo Festival. Their first set is up against the “Dead man” and his friends (sure to get the majority) at 12:15am on Sunday morning, and their second set will follow later that afternoon.

For those unfamiliar, The Coup is a politically motivated hip-hop group, founded by the edgy and uncompromising, Raymond “Boots” 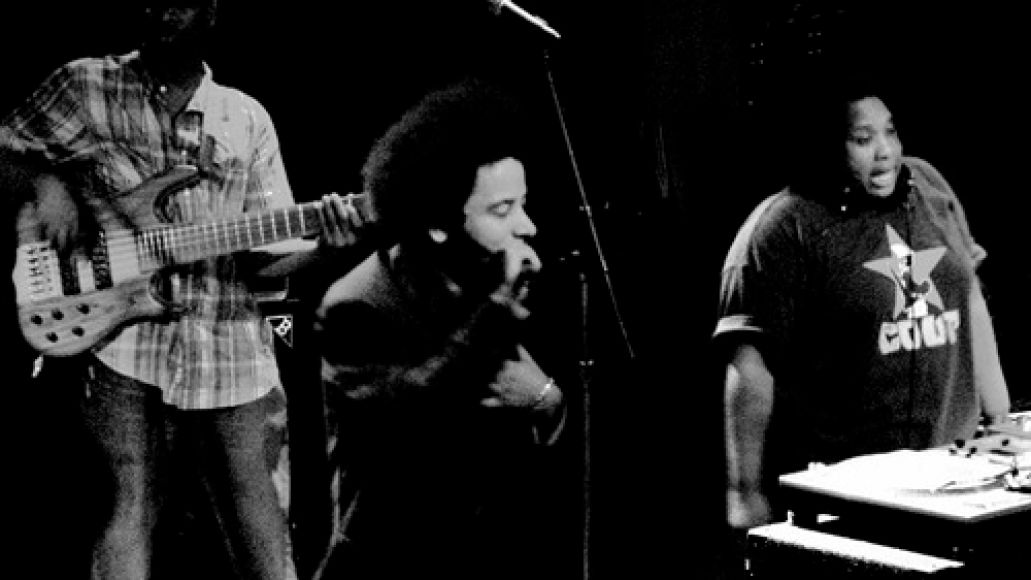 Riley in 1992. While originally a trio, consisting of Boots, E-Roc and DJ Pam the Funkstress, The Coup slimmed down to a duo, after E-Roc left voluntarily, following the group’s second album release. In addition, DJ Pam does not tour with the group, leaving it up to Boots and his usually handpicked three-man band to deliver the live show. The good thing is, from my own experiences, they can pull it off with expertise.

Boots, who has a history of writing politically charged songs, such as “5 Million Ways to Kill a C.E.O.” or “Head (Of State)” has been adamant in delivering his message since day one, when The Coup released their debut album Kill My Landlord. They aren’t as serious as they sound though, as Boots lends a certain amount of sarcasm to many of the duo’s tunes (“I Love Boosters!”). They are a definite mix of funk, hip-hop and drop rhymes, backed up by heavy bass driven beats, scratches, electronic sounds, keys and horns. Boots follows this up with a lyrical delivery that ranges from menacing and intense to cool and calm.

I recommend checking out The Coup, as they are sure to put on a great hip-hop show. Also, my gut is telling me that there is a good chance we could see a guest appearance from Talib Kweli, since he and Black Thought did collaborate on “My Favorite Mutiny” and he just happens to be doing his set a couple hours later on the same stage. Is it too much to hope for Black Thought to show up too? One can hope! See ya there!

Who's Who at Bonnaroo: The Coup