My, my how the times have changed.  It used to be that you could sign up for the fan club of your favorite band, and whenever they rolled into town, you’d be the first one notified for their show. With the power of the internet at every American’s disposal, the days of the fan club (at least the hand-written, mail-in order ones) are obsolete. That being said, it’s also the bands, the tours, the records and the shows that have given into the internets’ power too. That goes for places such as Seattle, Boston and Los Angeles, too.

During the 80’s heydays (and much like everything else) it used to be that music fans would leave their homes and get their jollies going to legendary nightclubs to see their heroes perform. Whether it was the famed Whiskey A Go-Go in Los Angeles or the now defunct, legendary CBGB’s in New York, these venues gave life to some of rock’s biggest names. Nowadays, only the ghosts of these historic souls exist, as the internet has taken away the mystique of just about everything. MÃ¶tley CrÃ¼e’s newest offering, Saints Of Los Angeles, feels just like that: the forgotten soul of a once great rock band struggling underneath the weight of the Brave New World. 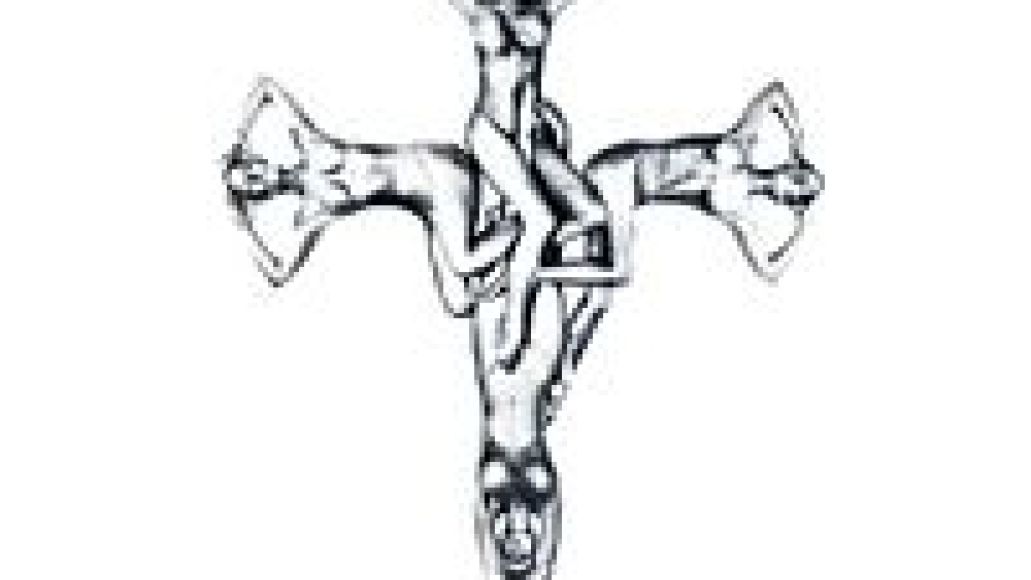 MÃ¶tley CrÃ¼e at one point in history were the most notorious band in the West. They were the original bad boys on the Sunset Strip, the fearsome foursome that is Vince Neil, Nikki Sixxx, Tommy Lee and the underrated guitar hero Mick Mars but given the future of technological advancements, Saints Of Los Angeles feels more of a step backwards than a dive into the deep end of the future.

The album opens with the spoken word segment “L.A.M.F.”, a mixture of modern day sound effects, cyborg-inducing vocals from Vince Neil, and an attempt to explain the dangers of “plastic angels” that live throughout the city. After this intro fades, it goes into the true first track of the album, “Face Down In The Dirt.” While Sixx’s bass chugs the main line, Neil’s words whisper “A dirty job but somebody’s gotta do it.” This sounds like the band’s entire legacy wrapped into one big package, which it is, everything from 1982’s Too Fast For Love to the present. What follows is a half-cooked idea of what MÃ¶tley CrÃ¼e used to sound like. Gone are the days of Girls, Girls, Girls and Dr. Feelgood, which is to be expected, but this certainly doesn’t shake it’s stick at either one of those 80’s metal classics. What we get here is a flat attempt to adapt to the modern day world, complete with fairly mediocre lyrics and a half-hearted attempt to recreate the past.

The next cut, “What’s It Gonna Take”, tries a sly stab at combining the old MÃ¶tley CrÃ¼e sound with a modern day rock radio sound a la “Dani California.” With the chorus refrain being “What’s it gonna take to make it?” echoing in the speakers, it’s entirely exposed that the lyrical content on this album is next to cheesy and half-hearted. Neil sounds decent at best, but the glory days of the band are far over.

The band does indulge in pulling out a good nugget in the next cut, “Down At The Whisky”, which paints a portrait of the band’s 80’s heyday, their headquarters right in the heart of Los Angeles. In the process, they happen to also write a tune worthy of alluding to Girls, Girls, Girls. Unfortunately, it’s about twenty years too late. The same thing goes for the title track “Saints Of Los Angeles (Gang Vocal)”, a catchy pop-metal anthem that’s more or less a nice piece of retro rock, thanks to Nikki Sixx’s craftmanship. It proves to be one of the only gems on this bust of an album for the new millennium.

The next few cuts, however, dive into the pool of mediocrity with “Motherfucker Of The Year,” “The Animal In Me” and “Welcome To The Machine” (no not the Pink Floyd classic). Complete with boy-band like chants, CrÃ¼e aims to dig deeper into its legacy and magical metal bag worth of songs, but ends up falling short. The only thing that does happen to survive all of the catastrophe is Mars’ unsung guitar. The man can still play, still shred and still master his instrument. Unfortunately, the rest of the band can’t match this intensity and as a result, we get a journey through some of the band’s muddiest songs to date.

The rest of the album seems to set itself on auto-pilot and follow with one cookie-cutter song after another. As mentioned before, the band’s place in history is cemented in their heyday, but this stuff doesn’t even come close. Out of those said cookie-cutter tunes, “This Ain’t A Love Song” actually survives the onslaught and proves to be one of the best songs on the album. Sixx certainly delivers a nice slice of catchy metal with Mars’ tearing away at his trusted axe. Tommy Lee’s drums are in full swing here and Neil does happen to catch the mood of Los Angeles very well. Overall, it’s a good song and certainly one for the live show. The same can be said about “White Trash Circus.” It’s a nice, bluesy shuffle which Sixx goes with and the rest of the band flat out rock. The last few tunes on this record certainly shine through and bringing about a MÃ¶tley CrÃ¼e that should be kicking some Los Angeles ass!

With that being said, CrÃ¼e’s newest offering isn’t completely terrible, but it tries to be like its successors without coming close to swinging. While the band is way beyond being too fast for love, too old to be kicking down the door to the theater of pain, and too busy to be shouting at the devil, at least they dabble in giving this generation of swine a new tattoo worth of feel good hits, directly from the doctor himself. As a whole, the album doesn’t work, but there are a few gems here and that’s entirely commendable. Much like using a river sieve to look for gold nuggets, CrÃ¼e’s Saints Of Los Angeles is a river of muck, whose murky undertow is waiting to be sifted through with worthy live tunes and a feel good party filled to the ceiling with lots of girls, girls, girls.

Check Out:
“Saints Of Los Angeles”