While Marnie, who is classically trained on the piano, comes from Glasgow, Scotland, her vocal counterpart, Aroyo was born in Sofia, Bulgaria but moved to Israel with her family when she was ten. Marnie met DJ buddies, Wu and Hunt, while she pursued her BA in Pop Music in their hometown of Liverpool, and thus the band was born.

Ladytron, who epitonic.com says, derived their name from Roxy Music’s song of the same name, are a synth-based electronic rock band that take influence from 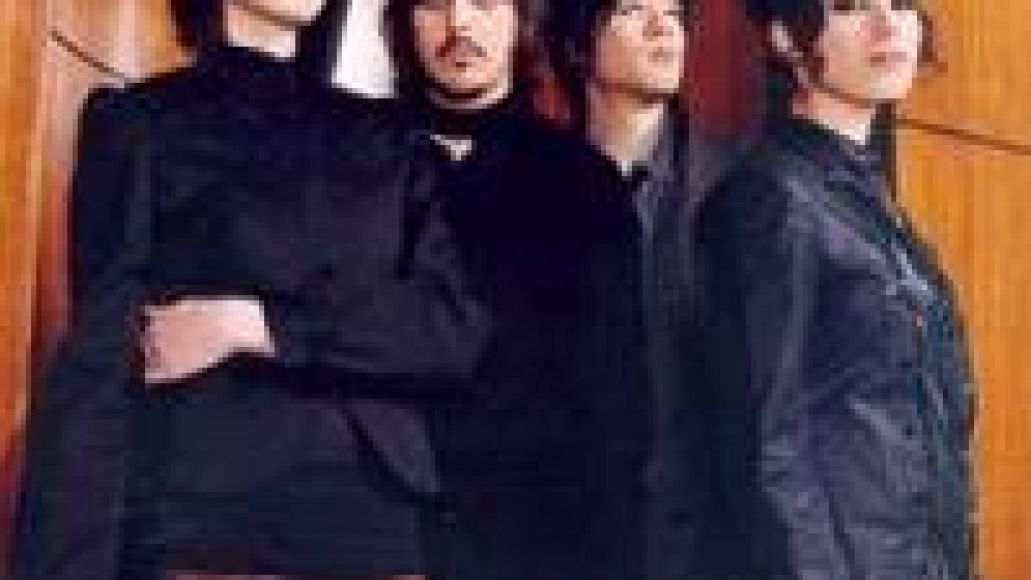 such bands as Kraftwerk, New Order and Human League. Take these 80’s influences above, paint them black, throw in a rock edge with dual female vocalists, and you have Ladytron. Formed in 1999 and active since, the band has four full-length studio albums and a host of other singles, E.P.’ s, compilations and remixes. Their sound is mechanical yet organic and emotional and always evolving with every album. Listen to “True Mathematics” from Light and Magic and then “All the Way” from Witching Hour and you’ll know what I mean.

Their official bio explains their early style: “Hits like “Playgirl” and “Seventeen” (from their 2002 follow-up, Light & Magic) quietly rebelled against the bratty, disingenuous motifs of the time, instead invoking the sonic storytelling of groups like Air, Stereolab, and My Bloody Valentine.”

June 15th marks a milestone for both Ladytron and Bonnaroo, as this is typically out of character for both the band and the fest. I am kind of bummed that they got stuck as a day set on Sunday, as this group would be a far better overall experience playing out on Friday or Saturday under a night sky with some lights and screens. I saw them in Chicago in 2007, when they opened for the Chemical Brothers at a small, dark venue (The Riviera) and it was awesome. Either way, if you stick around on Sunday (which you should), do not miss this group!

Who's Who at Bonnaroo: Ladytron