Moving down the long chain of rock history, we come to a link which has been long forgotten. Essentially each link of the rock and roll chain represents influential musicians who somewhere along the way have shaped the music we listen to today. Artists such as James Brown, Jimi Hendrix , and Elvis Presley will always be remembered and mentioned on our TVs and radios. Each month, a new Icon of Rock is examined at CoS; however, the purpose of these writings is not to examine the lives of popular icons, but to remember those who are forgotten or underrated. This month we remember the life and works of Hillel Slovak of the Red Hot Chili Peppers.

Born April 13, 1962 into an Israeli-American family, Hillel Slovak would touch down onto California soil in 1967. Being in California allowed Slovak to become entrenched in the popular music of the day, to which he played countless hours of Jimi Hendrix, Kiss, and Led Zeppelin by himself. Not until his move into Bancroft Jr. High School did Slovak have running music partners. It was at this historic school that Slovak and a young Michael Balzary became close friends, along with Jack Irons. Little did Slovak know that he would be very influential in teaching the gap-toothed Balzary how to play a mean bass guitar. Like most Jr. High boys, Slovak dreamed of musical fame, often dressing up as his idols and rocking out in his bedroom. Bouncing off the walls, shaking their heads wildly, singing along to every note, these California kids were definitely the more obscure students of the school. The good time boys were beginning to discover their musical chops, all they needed was an over the top front man.

In 1977, a 15 year old Anthony Kiedis sat in the outdoor quad at Fairfax High. Listening to a local band named Anthym, Kiedis observed his new best friend, Balzary, rocking out with the skinny Slovak on guitar. Kiedis recalls his initial meeting with Slovak in his biography Scar Tissue: “Within a few minutes of hanging out with Hillel, I sensed that he was absolutely different from most of the people I’d spent time with…He understood a lot about music, and he was a great visual artist, and he had a sense of self and calm about him that were just riveting.” To state that Slovak was well ahead of  his musical development would be an understatement. At the tender age of 15, he was ripping through Led Zeppelin guitar riffs, while teaching Balzary the basics of the bass guitar. By the time these boys were 16, Balzary was playing bass in Anthym, thanks to Slovak’s devotion to teach his friend: “Anthym was about to play a series of shows at other high schools, and out of nowhere, Hillel began to secretly teach Mike how to play the bass guitar.”  Flea was born.

“Out in L.A” was the first official song Kiedis, Slovak, Irons, and Flea would play together. Although on that particular night they were known as Tony Flow and the Miraculous Masters of Mayhem. The first show went so well that the club owner invited the boys back to play again the next week. With only one song in their repertoire, Flea and Slovak went to work on more material, thus “Get Up and Jump” was wrote to accommodate “Out In L.A.” Only two songs in the bag, yet these boys gave a wild standout performance. Kiedis recalls those first two shows and how they led to their eventual band name: “To this day, both Tree and Flea claim they came up with the Red Hot Chili Peppers. It’s a derivation of a classic old-school American blues or jazz name…If you think of Red Hot Chili Peppers in terms of  a feeling, a sensation, or an energy, it makes perfect sense for our band.” Slovak’s guitar paired with Flea’s bass created that initial hardcore funk energy which the Peppers have based their music on, even to this day. Together, these four boys would lay the framework for one of the greatest funk rock bands ever formed.

Underground music fans were flocking to the Red Hot Chili Peppers and in 1984, EMI recognized  their massive popularity and unique sound by handing them a record deal. Only mere months after their first “Out In L.A.” performance, the Peppers were signed to a major record label. Unfortunately for Flea and Kiedis, Slovak and Irons departed days after to 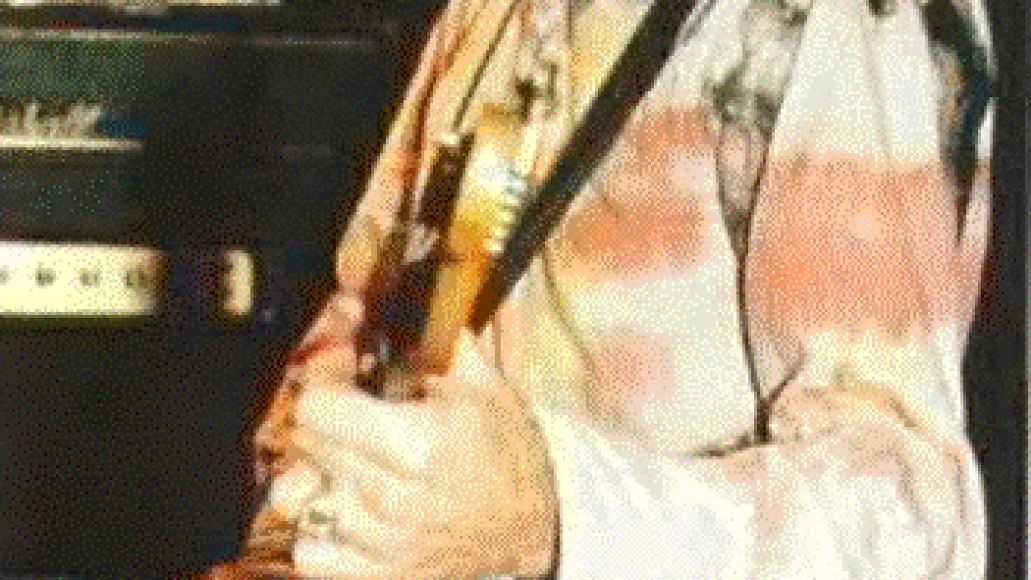 pursue a future with their other band, What Is This, whom had just signed with MCA. The rip-roaring guitar funk would be missed on their self-titled debut. Jack Sherman would fill in for Slovak; however, tracks such as “Police Helicopter” and “Get Up and Jump” were clearly lost without the original guitarist. Sherman was a band-aid for the wound which Slovak left on the band with his departure. Even though the album is still worthy of placement in the Chili Peppers catalogue, Slovak’s dominating presence was missed in the studio and more importantly on the stage. While Slovak was a demon of funk rock improvisation, Sherman was criticised for being too anal retentive: “Hillel, who played so hard that his fingers would start to come apart. He knew he had a good night if his guitar was covered with blood. And here was this guy (Sherman) doing this gay spray job of mist onto his fret board so his fingers could easily glide.” With a poor selling debut album and the band tearing apart at the seams, Slovak returned in 1985 to heal the wounds he created with his departure.

With so much bad luck from their debut release, the Peppers deserved some good news. It arrived when George Clinton agreed to produce their second album. The Godfather of funk was willing to lend his services to mould these four wild kids from L.A. into a great cohesive funk band. Finally the fury of Slovak’s guitar would be heard in a studio. From the opening guitar riff on “Jungle Man”, Freaky Styley became an album from a different universe. Each and every track breathes of true Red Hot Chili Peppers’ music: deep punishing bass lines, ear piercing funk riffs, abstract samples, blasting horns, and Kiedis’ catchy lyrics. The chemistry between Slovak and Flea is very strong on Freaky Styley, whether they are bantering back and forth on “Hollywood” or working together on “The Brothers Cup.” One of the greatest songs ever written by the Peppers, “The Brothers Cup” is a force of funk which can bring anyone out of their seat. Thanks to funk Godfather Clinton, the Red Hot Chili Peppers were able to create catchy funk tracks, while still maintaining their chaotic style. Tracks such as “Catholic School Girls Rule,” ” The Brothers Cup,” and “If You Want Me To Stay” will always represent the greatness of Freakey Styley. Even at the beginning of his musical career, Slovak was creating outstanding guitar riffs and solos which would define a whole different genre of music. 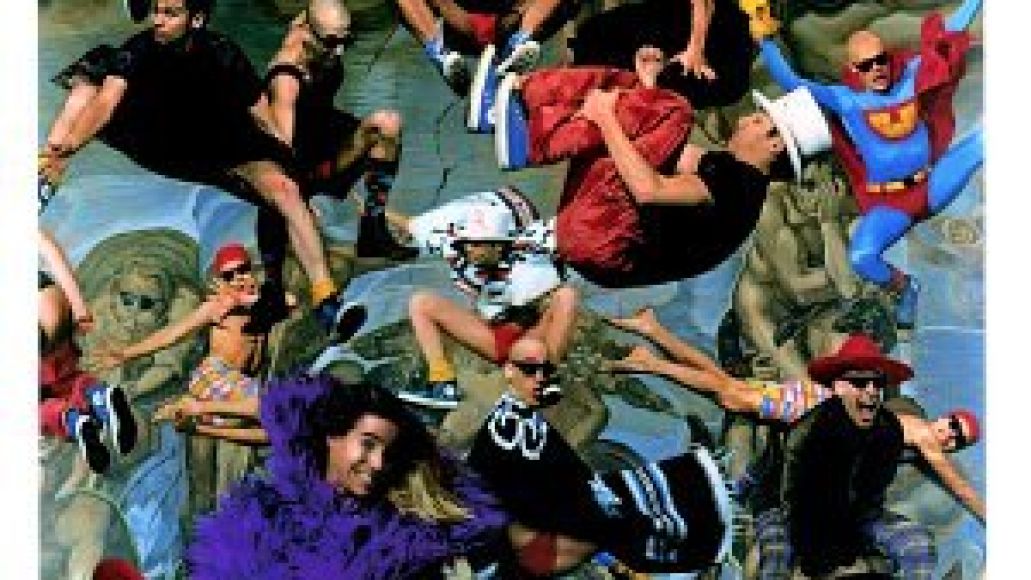 While Freaky Styley allowed Slovak to expand his guitar chops, he and Flea were developing a musical connection that musicians can only dream of. Even from the first chords together, Slovak and Flea were connected. Their love for improvisation and jamming would lay the foundation for Chili Peppers music found even in present day recordings. Kiedis recalls this initial connection during the Freaky Styley recordings: “I would watch Hillel and Flea play together, and I’d realize that music was an act of telepathy, that if you were standing next to your soul mate with a guitar in your hand and he with a bass, you could know what the other guy was thinking and communicate through playing.” Even though EMI found Freaky Styley unmarketable, the Peppers were proud of their work with Clinton. They toured extensively, spreading funk across the nation. Crowds were starting to become larger. Glowing of inspiration for young degenerates like themselves, the kids who came to their shows enjoyed each and every second of the Peppers manic music style. One of these kids was a young Los Angeles resident named John Frusciante. When The Uplift Mofo Party Plan came out this young man was somewhere in Los Angeles playing a six string mimicking his newest idol Hillel Slovak. “‘I’m telling you, this is the most beautiful thing we’ve ever done. I can’t wait to release this record.'” Those were Slovak’s words after completing The Uplift Mofo Party Plan and he was right. Party Plan was just as funky as Freaky Styley but with more focus towards heavy metal and punk rock. Slovak’s guitar is much heavier on this third album than previously. Tracks such as “Fight Like a Brave,” “Funky Crime,” and “Me & My Friends” represent the heavy metal influences found throughout Party Plan. Slovak proves with these tracks that he was not just a funk guitarist, but he could rock with the best thrash metal bands of the 80s as well. The Peppers were on their way to creating the cult following they dreamed of, and with Party Plan creeping into the Billboard Charts they dreams were about to become nightmares.

Although now their drug use is highly publicized, many fans of the Chili Peppers in the 80s were not prepared for 1988. The Peppers had just released their most successful album and the tours were gaining them popularity and financial reward. Like all legendary bands, there is usually a downfall with gained popularity, unfortunately for the Chili Peppers it cost them their beloved guitarist and friend. While Kiedis’ drug use began at an early age, even before he met Slovak, heroin would simultaneously take over both of their lives. Now the whole world knows of their heroin use, but at the time, Slovak’s death was a massive shock for the world, including Kiedis. The Peppers lead singer remembers Slovak’s death: 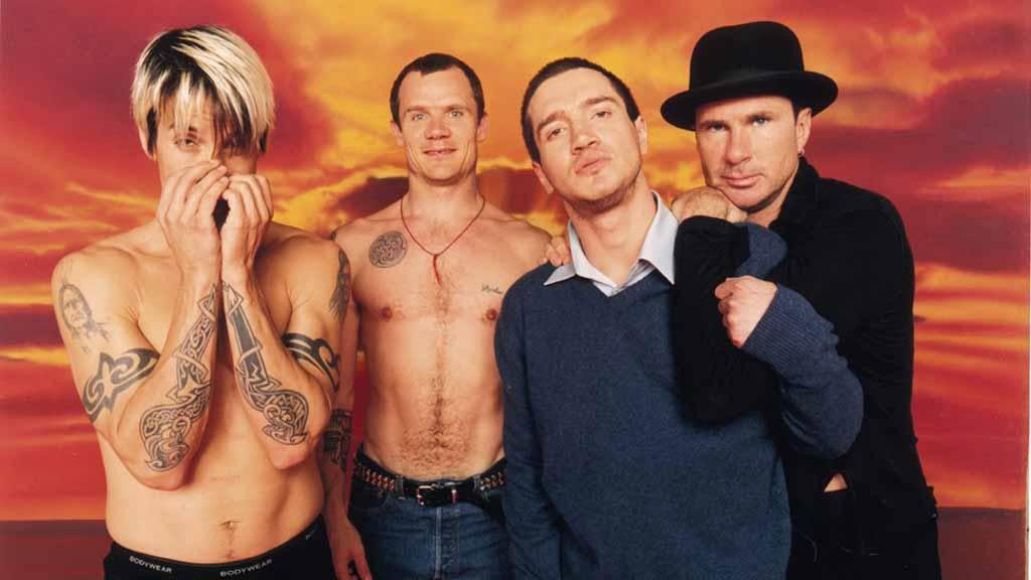 For some sad and disgusting reason, people associated me with being responsible for Hillel’s demise at age twenty-five because my own addiction had started so much younger. His family tried to say I was the bad influence. It was kind of ironic, because I never blamed anyone for my own drug use. And I had tried to introduce Hillel to the idea of getting well.

Regardless of blame or cause, Slovak was dead. Considering his guitar and connection with Flea, this young man was on his way to legendary status.

Once the Peppers moved on and recruited young Frusciante to replace his idol, Slovak’s name became forgotten. Many successful albums have been released since 1988, but not without more tragedy and drama. The massive success of Blood Sugar Sex Magic created a new era of Chili Peppers music, and the return of Fruciante with Californication created even more distance between Slovak’s name being associated with the Peppers’. Essentially the Chili Peppers music can be grouped into three or four eras; however, Slovak’s musical knowledge and influence on Kiedis, Flea, and Frusciante will never be completely removed. His life was short lived and came to a tragic ending, but for all fans of Chili Peppers music, Slovak should never be forgotten. He was and still is a true Icon of Rock.