Of everything the “rock gods” have blessed us with, nothing compares to the modern psychedelics that filter The Flaming Lips. While the 80’s have been most noted in pop culture for cheesy pop and hair metal, it did produce a few gems that only recently have shown their influence. Even though most of those influential artists have long since retired, the Lips have stuck around, growing from an acid-punk band in the 80’s to just straight acid. After kicking the drugs (or most of them), the Lips produced some of the most creative, catchy, and original rock n’ roll material. But every band, no matter how big, still had its humble beginnings. 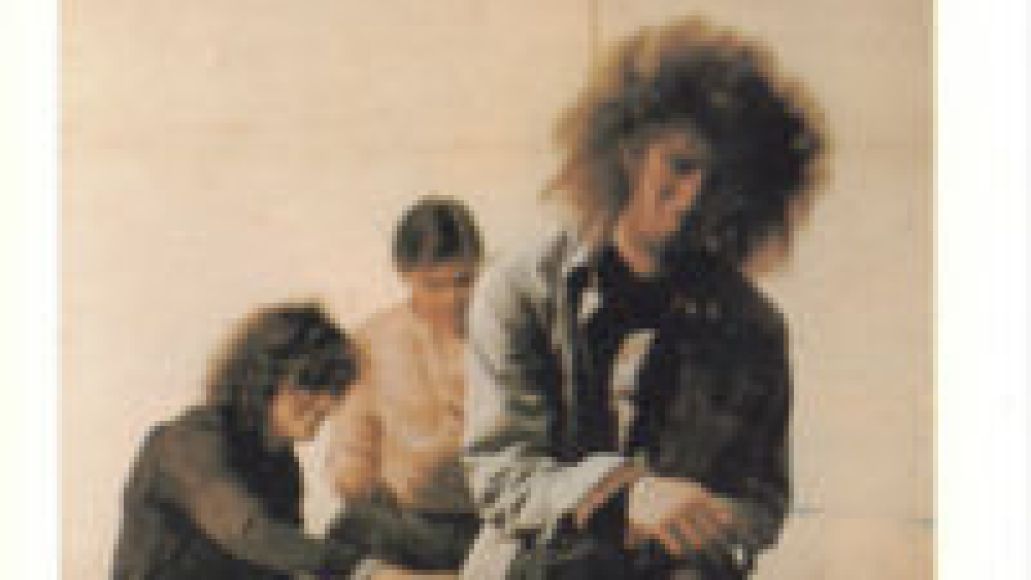 Formed in Oklahoma City in 1983, the band’s original line up consisted of brothers Wayne and Mark Coyne, Dave Kostka, and Michael Ivins. It was Mark that first handled the vocals, but in 1985, he left to get married, passing on the throne to Wayne. When Kostka decided it was his time to leave, David English stepped into place. With a new line up, the band self -recorded their first, and arguably one of their best, record, Hear It Is. It’s the album that brought them attention and a home with Restless Records and a testament to how far they have come musically.

The one thing I learned about politics is that to understand it, you better know your history. The same rules apply to music; it helps to understand the context of when it was written in order to understand the record. In this case, the Lips formed during the 80’s, early on in the Regan presidency, when at the time there grew a strong backlash throughout underground music, most notably the punk/hardcore and hip-hop scenes. As you listen to the record, it seems obvious who and what the band was listening to and identifying with at the time, yet what they produced was a culmination of these influences, something called “alternative.”

Much of this distinction in the Lips’ sound is actually a more subtle addition to the music. There is a clue to this on the back cover of the album; a single eye with its lids stretched out. This eye belongs to the then drummer Richard English, and if you have an understanding of hallucinogenics, you will notice the guy is clearly tripping out. Anyone who has seen the Flaming Lips live in recent years shouldn’t be surprised in the least that they once dabbled in Albert Hoffman’s special punch. And while many times in the end, drugs get the better of artists that use and abuse, the Lips managed to make it work for them and then sobered up…at least when it comes to using.

Even when it comes to the lyrics, Hear It Is is strong, creative, and fun, and the first track, “With You”, is a testament to that. It’s a song about those awkward feelings you get around that special someone before he or she even realizes it. Musically, the song works itself from an acoustic ballad into a frenzy of guitars, all the while Wayne is belting out the chorus with some of his finest work. Just when you think it’s the end of a short intro, it goes right back into the acoustics to start the process all over again. Even hardcore makes its appearance, as with the next song “Unplugged”, which sounds like a combination of Dead Kennedy and Black Flag, bleeding that all too familiar early 80’s, live and heavy, underground sound.

What follows can only be described as brilliant, if not foreshadowing of more mainstream things to come. There comes a time when every great drug-abusing musician will inevitably write about their struggles. Occasionally these songs of suffering become some of their best, if only to serve as a personal reminder to what used to be. “Jesus Shooting Heroin” is a psychedelic head-trip that holds you high as it builds into a stressing two-chord exchange, dropping you right into harmony, only to be repeated again before returning to the verse. The meat of the song talks about struggling with social issues and drug use, showing us a Jesus that is coping with a world both in and out.

The record continues on, moving from punk influences to something wholly Flaming Lips. Very few of the songs sound anything like what the band records now; instead, what you find are familiar moments such as the introduction on “She Is Death”, which hints at material to come on Yoshime or At War With the Mystics, proving that this is the same band after all.

To end this odyssey, the Lips decide to cover the classic twelve bar blues song by Eddie Cochran and Jerry Capehart, “Summertime Blues”. While this song had been covered by countless others at the time (and even more since then), this is a unique and brash take on the track, not to mention Wayne sounds great singing to the blues.  However, being that it is such a common song, you can’t help but notice that it makes the Lips sound like a teenage garage punk band, bringing a light-hearted end to a very dark record.

It seems funny to me that I am writing this piece on a record that I only bought on a whim to add to my collection. What I ended up with was a classic record that has still yet to be fully resurfaced, even by the band. Even after twenty-five-plus years and countless line-up shuffles, their music is still exciting and relevant, not to mention a must-see live show. It is key for bands to adapt some with the times in order to keep alive, but to be able to go back to the beginning of it all and still find amazing songs that were self-produced, written, and recorded, goes to show the true longevity of The Flaming Lips.

Instant Indie Classic: The Flaming Lips - Hear It Is