Rock the Bells is generally considered the premier North American hip hop festival, pretty much by default.  The tour kicked off at the First Midwest Bank Amphitheatre in Tinley Park, IL last weekend with a full day of beats, rhymes, and all the confusion and technical difficulties that have come to define the festival.

Guerilla Union, the company responsible for Rock the Bells, gets a lot of play out of the “real hip hop” mantra. Whenever I hear an artist or a DJ or a writer talking about “real” or “true” hip hop I can’t help but get a little queasy. I understand the importance of respecting the ideals on which the genre was originally built.  But the “real hip hop” rallying cry has become a cliché, beaten to death by a particular subset that pines for a bygone era that can never be duplicated.

So year in, year out the folks at Guerilla Union stack the Rock the Bells lineup with classic backpacker favorites that peaked a decade or two ago. On the one hand this is great. I paid quite a large sum of money for a pit ticket for the chance to be so close to so many legendary artists. At the same time, too much of an over reliance on nostalgia acts plays right into the hands of those who claim that hip hop is dead. Today’s commercial rap radio may be extremely repetitive and watered down, but this is more the result of the state of commercial radio than it is of trends in hip hop. (It is worth noting that the venue hosting the show is run by Live Nation, a spin off of Clear Channel Communications, the company largely responsible for the current state of rap radio. So take that into consideration before accepting the idea that GU’s goals are completely altruistic.) There are plenty of new artists around who would have both complemented the existing lineup well, and sent the message that rap music is alive and well.

Most of the buzz for this year’s tour centers around the two big reunion acts, A Tribe Called Quest and The Pharcyde. While Tribe is the festival’s overall headliner, The Pharcyde may actually be the more anticipated act since Saturday’s show was the first time all four original members performed together in eleven years.  They did 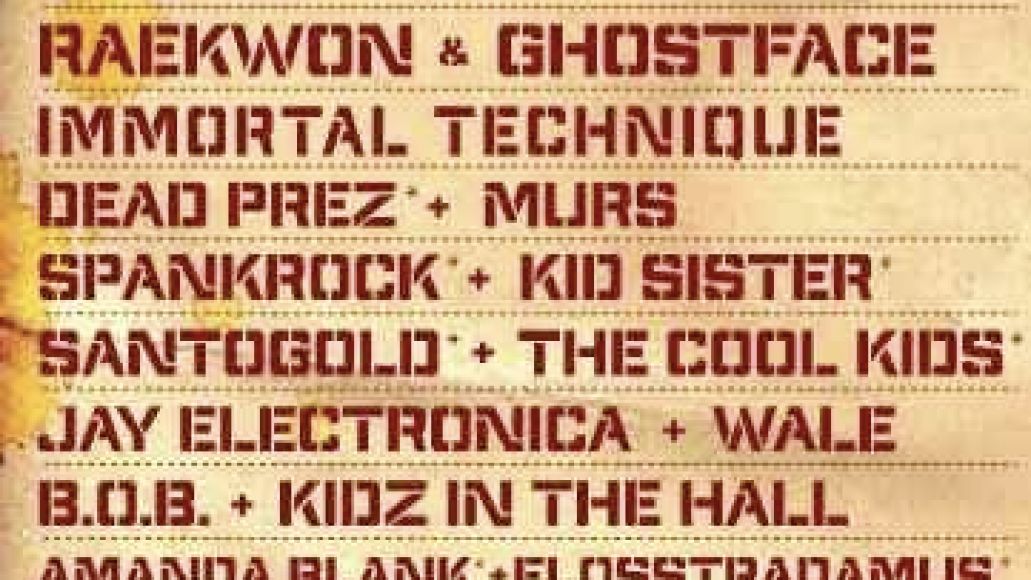 not disappoint the hyped up crowd, tearing through hits such as “Passing Me By” and “Ya Mama” with the assistance of a live band.

As for Tribe, they wore the headlining crown well, playing almost exactly what was expected of them.  Despite an unfortunate decision to allow Q-Tip to spend the first fifteen minutes or so of the set performing his solo material (along with Tribe hits “Excursions” and “Sucka Nigga”), and a momentum-killing set change before the emergence of Phife Dawg and Ali Shaheed Muhammad, they were able to rebound nicely and work the crowd into a frenzy on “Scenario”, “Electric Relaxation”, and practically every other song they could have been expected to play. By the time the evening came to a close with a rollicking “Award Tour”, most of the baffling stage decisions and technical difficulties of the day had been forgotten.

None of the day’s artists embodied straight-ahead, no frills hip hop as well as Nas. Performing with just a DJ, on an empty stage devoid of musicians and hype men, the Queens rapper used his drastically shortened 25-minute set to hit some of the highlights of his prolific career, including “N.Y. State of Mind”, “If I Ruled the World”, and moving set closer “One Mic.” He also had time to open his set with two tracks off his new album, “N.I.G.G.E.R.” and “Sly Fox”, and give a shout out to his nemesis Bill O’Reilly.

But other artists who attempted to hold down the amphitheatre’s massive stage single-handedly did not fare quite as well. Mos Def certainly could have benefited from an appearance by Talib Kweli, a live band, or anything else that may have perked up a disappointingly dull set that seemed to be made up almost exclusively of new songs. Time constraints affected Mos, as they did most of the festival’s marquee acts, and he had to beg the stage manager before being allowed to finish his set with a shortened version of “Umi Says.”  Def Jux rapper Murs also suffered through a horribly disjointed set, though this was not necessarily 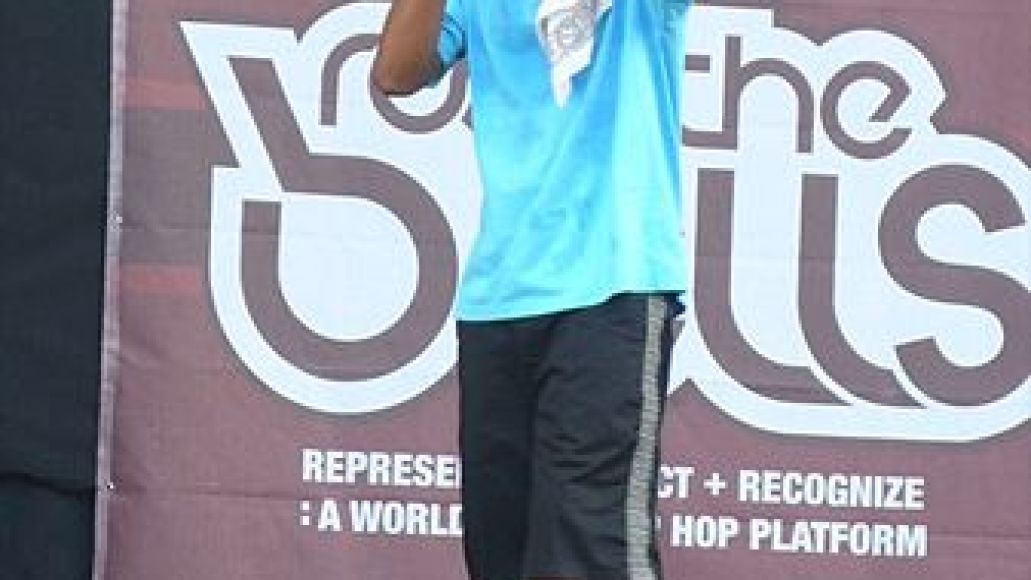 his fault. During his set one of the turntables was not working and he was never quite able to get into a rhythm.

Never were the First Midwest Bank Amphitheatre’s acoustical problems more irritating than they were during Rakim’s short set. The legendary Long Island emcee, known to many by the simple moniker of “God”, is known for being one of the most innovative and influential lyricists of all time. The fact that his words were nearly indecipherable was nothing short of the day’s greatest tragedy, and not even his and DJ Kid Capri’s stellar stage presence could make up for it.

Short sets and poor acoustics also sunk sets by usually great live acts De La Soul and Dead Prez. The former did a decent job moving the crowd, but had their set time cut nearly in half due to the time constraints.  Dead Prez seemed to be lacking their usual stage presence, though it did come through on “Hip Hop.”

One act that was seemingly unaffected by the poor sound was Method Man and Redman. The show was stolen by the Wu-Tang emcee, who dove into the audience, crowd surfed, and even ended up at the back of the venue, bringing the house down on his signature hit, “M.E.T.H.O.D. Man.”

Also performing at the tour opening show were Immortal Technique, Jay Electronica, B.O.B., and Kidz in the Hall. With thirteen live acts on only one stage, it appears that Guerilla Union may have bit off a little more than they could chew for an eleven-hour festival. With all due respect to every artist on the bill, trimming the lineup a little would have allowed the festival’s higher billed acts to play their full set times. The introduction of a second stage, which GU advertised (and is continuing to advertise) on the festival’s website, would have also served to make the day a little more bearable.

Day one of the Rock the Bells tour was an eleven-hour day characterized by some very good sets by some of rap’s greatest artists. It was also characterized by shoddy clock management, technical difficulties, poor sound, and a whole bunch of self-congratulatory mumbo jumbo. I spend a lot of time trying to convince skeptical friends and acquaintances of rap’s musical and cultural relevance. All in all, as a hip hop fan I had an excellent time at this show, but I would not have felt comfortable recommending it to anyone still on the fence about rap music since it played straight into so many common, negative stereotypes of the genre.  And this is a real shame because Rock the Bells has such a great opportunity to push positive hip hop forward.