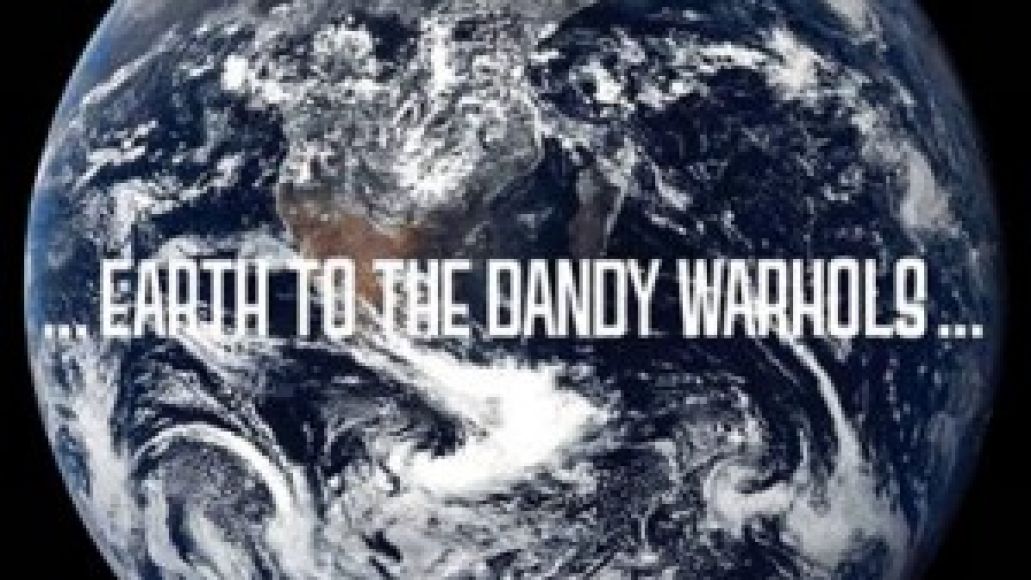 Pulling together the many influences and unique sounds that have always characterized their music, …Earth To The Dandy Warhols, is quintessential Dandy’s. Although it’s the debut album on their new label, Beat World Records, the change of scenery hasn’t affected the band’s sound much. Courtney Taylor-Taylor and the other Dandy’s are still playing dreary psychedelic rock that’s somehow still fun. Filled with an enormous cluster-fuck of variety, this album definitely creates a fresh perspective of the ever so popular (and dare I say repetitive) indie-pop scene.

The Dandy Warhols have gotten a lot of notoriety in the past from having their songs featured in commercials. However, on this new album you are not likely to find a suitable song for anything but Space food. This time the band is just out there floating in space. Even though the album is essentially “out of this world,” The Dandy Warhols don’t forget to comment back on the world they are so critical of.

Drawing from the music of the Talking Heads and The Rolling Stones, “Welcome to the 3rd World” is the kind of song you could see being played at your next house party. It gets you feeling spunky and optimistic until you hear the rather harsh lyrics, “The boys all like the girls/and the girls like the money/you gotta spread it around/you see the girls like the boys/and the boys like the honey.” Perhaps this is the beauty and genius of The Dandy Warhols, because they can so easily trap you in a pit of self-hate, yet you can’t resist dancing in it.

Within the territory of psychedelic rock, the album brings you swirling guitar riffs, spacey harmonies, hypnotic beats and an endless void of synthesized sound. Ranging from the Orgy-esk psychedelic chug of “Mission Control” to “The Ballad of Sheriff Shorty” featuring the country stomp that Marcy Playground conquered in 1998, this album touches on a bit of everything. Mark Knopfler and Mike Campell guest in “Love Song,” which is a soothing calm that surprisingly isn’t another cover of the Cure. Later on, the campy mariachi band style of “Mis Amigos” offers you a chance to build up your self-esteem and the 15-minute orchestrated ambience of “Musee D’Nougat” ends the album with a sort of silent eerie lift off from space.

Amongst the beauty of this album, The Dandy Warhols are still assholes and they know it. As of recently, it’s become expected of them to shape their music as a mockery and a celebration of pop music and culture. As the title suggests, …Earth To The Dandy Warhols may be a critique of The Dandy’s themselves instead of the planet Earth. The album is currently only available for streaming off their website, but the CD version will be in stores August 19, 2008. Be sure to check this one out; it will surely guide your summer towards a glittering cave of wonders.

Check Out:
“The World The People Together (Come On)”
“The Legend Of The Last Of The Outlaw Truckers AKA The Ballad Of Sheriff Shorty”