This one sure had me wringing my own neck. It’s a little awkward at first, but I think we’ll get some believers this time. Not sure what “believers” means in that context, but let’s just say… the tables might turn as opposed to that last Ramones debacle. Anyhow, let’s keep this dirty and unrefined (but not tacky), folks.

First, let me state that I am not German, I am an Irish/Polish mix, so by all accounts I should hate Germany. They’ve killed countless Poles and are beer drinking rivals of Ireland, but I am progressive, so I’ll take the case.

Germany is home to a lot of crazy, fucked up things. It had the whole thing in WWII where they tried killing everyone who didn’t look like Christopher Lambert. They are home to weird sex acts that involve things I don’t even want to think about. Germany is also known for beer and meat products. Sadly, their music of the 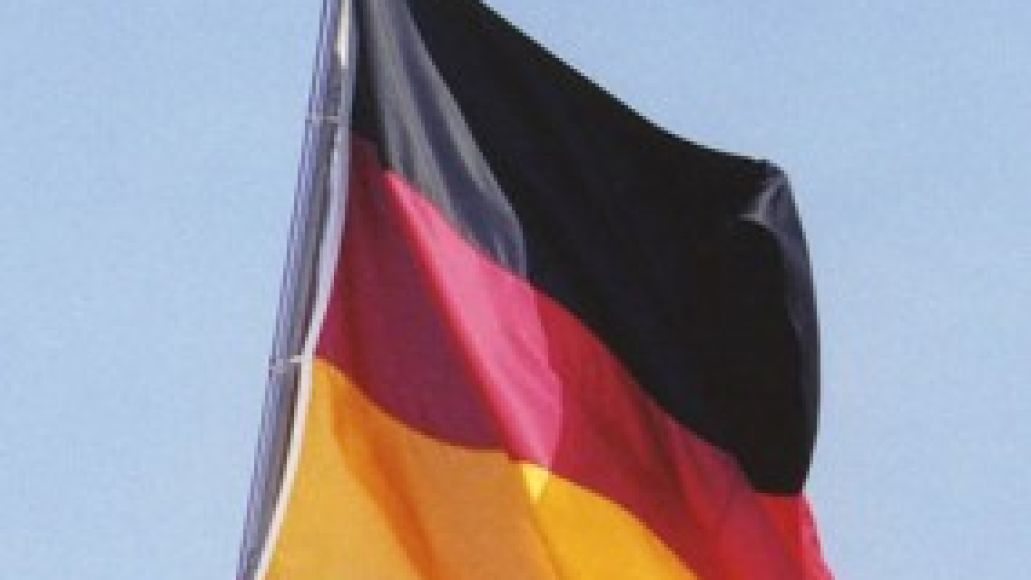 last 40 or so years have been much maligned and disregarded by countless music fans and people off the street. Even Lollapalooza takes the easy route by having a beer garden with various German stereotypes present. Were they playing Falco, Kraftwerk, Rammstein or even Scooter? Nope.  If you laughed at any of those bands, you are missing out.

Krautrock is easily one of the most important genres of the last 40 years. It is still relevant and many songs from the “genre” can be played today and be mistaken for something new.  Krautrock is a term like “punk” or “grunge” that was created by a music critic. It’s basically a combination of psychedelic, experimental and progressive music that is done by Germans. Two of the bigger bands out there today both cite Krautrock bands as major influences. Radiohead has covered the band Can in concert and Wilco have been on the record to say Can and Neu! influences them to this day. In addition, Krautrock is blatantly present as an influence to many electronica and ambient bands working today.  Clearly a regional movement such as Krautrock, that can influence bands around the globe and still sound fresh to people off the street today, shows that maybe the Germans were on to something.

While some people don’t like Industrial, Goth, or Metal, they are all valid genres and are generally accepted by music fans around the globe. Fortunately, all these wouldn’t be where they are without Deutschland. Even though there are some French members, the band of 24 years, KMFDM has called Hamburg, Germany home for much of that time. Those unfamiliar with KMFDM only need to know that anytime there is a song that combines hard aggressive rock with electronic sampling or distortion, it has been done for over 20 years by a band out of Hamburg. Nine Inch Nails, Ministry, and even Marilyn Manson have all worked with KMFDM due to the huge influence the band has had on musicians like them. While industrial music has seemingly always been a German thing, Goth was started in England. Germany’s connection to Goth is best demonstrated by the fact that there are still labels devoted directly to Goth music and they have been releasing many of the albums the dying Goth subculture listens to. 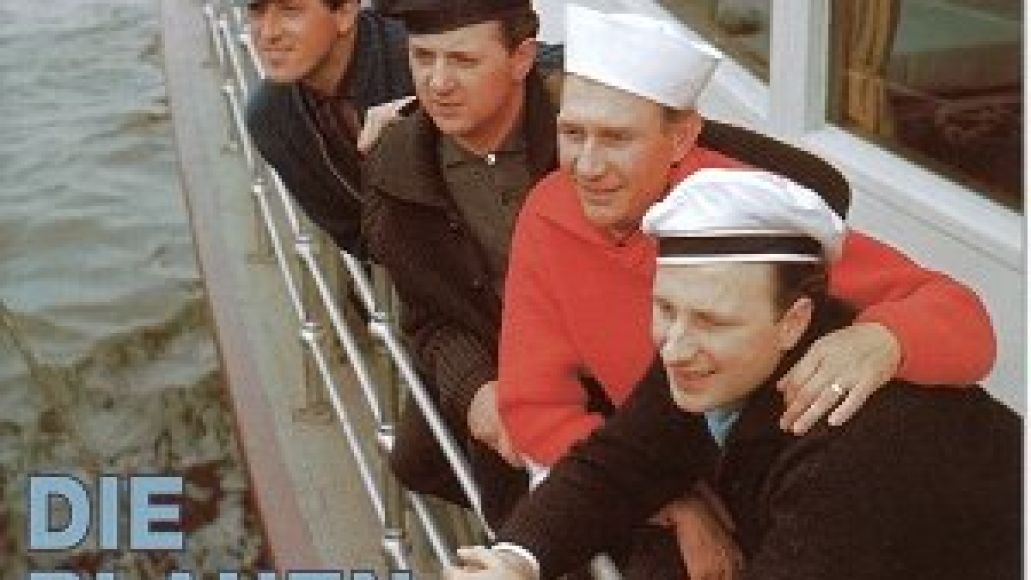 Metal music from Germany really shouldn’t need an explanation, Google German metal and countless links will come up that go all the way from a site devoted purely to Metal music fests in Germany to countless lists speaking of the “best” German metal bands. In addition to this the Jerry’s even have a term called “New German Hardness” to describe bands like Rammstein and Megaherz. This style is a mix of pure metal, electronic sampling, and German sung lyrics.  Now, I realize that many of the readers here are not fans of metal or at least not big fans, but here’s a little story.

Anyone who has observed music for their entire life (hopefully any reader on CoS) will have noticed that things that were once hard to listen to or extreme or edgy usually become just another normal thing in music. (Remember when Nine Inch Nails scared parents? Now they make kid sized shirts). So imagine if you will, when anthropology majors graduate college in the future and they want to study world music and what different nations identified with. They will study whatever is left of America and discover that we created pop bands, indie bands with pop sensibility, bands that danced to pop music and music fans had their ears pierced or had a belly button piercing. Now imagine those same Anthro students look at Germany. They will find that everyone in the country listened to Metal, fans had heavy duty piercings, and Germans enjoyed their great economy while head banging and moshing like motherfuckers.

Maybe I am wrong here, but I would prefer futuristic robots assisted Anthropologists to not think I listened to shitty music while my economy failed. Germans don’t have to worry about this problem.

Everyone now, “Hey what is wrong with pop music?” and “Us Americans like Hip-Hop too!!” 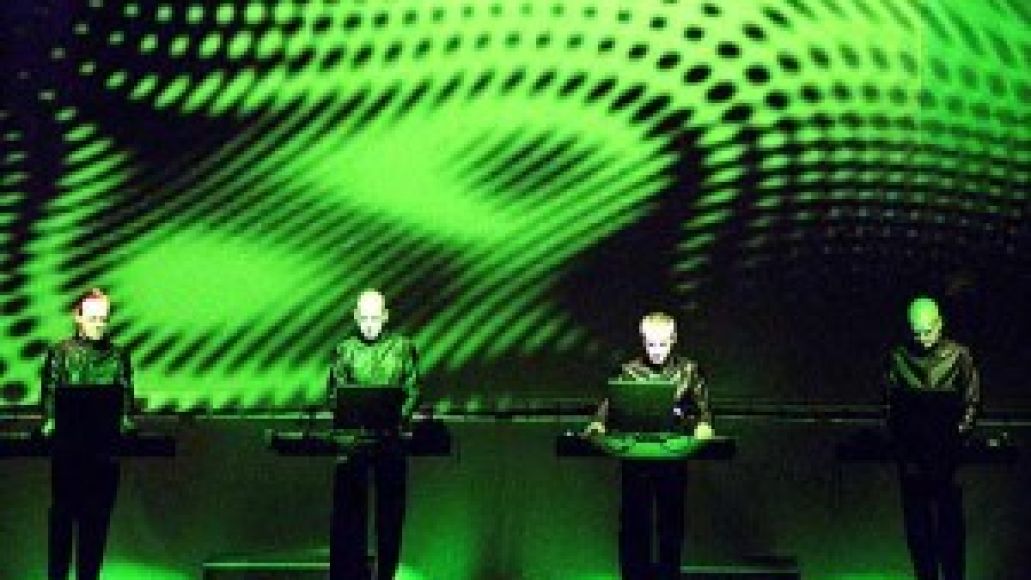 At the height of pop music being awesome, the 1980’s (Fuck you 1960s, the comments sekshun is b-low, feel free to respond to that one), Germany was trotting out literally any pop act they wanted and getting top 10 hits. Falco, Nena, and Alphaville all had big hits across the globe and in America, plus Gary Numan, who is at least aesthetically German was huge. As for Hip-Hop, Germany currently has the second highest sales of Hip-Hop behind only the US; they beat France, England, and everyone else. You would think we would know a German Hip-Hop artist by now, maybe they aren’t slumming it by making Hip-Pop for American consumption.

Of course, all German music pales in comparison musically and influentially to the one and only Kraftwerk. The band that is responsible for basically any sort of electronic instrumentation in music today. Starting out as a Krautrock band playing more like a jam band, Kraftwerk eventually moved onto electronic music in the early 1970’s and produced albums that feature songs, rhythms and beats that have all been sampled, ripped off, and copied by bands from every genre. I could go into a very thrilling and info packed defense of Kraftwerk and their influence on the genre in both music and style, but here is a list of musicians that have named dropped Kraftwerk.

Not bad for a little band from DÃ¼sseldorf, Germany.

I realize everyone has different opinions on Germany and music, but the seemingly biased view of one country’s input on the musical landscape is a bit lame and frankly not that smart. Germans used to have the weird sex acts, genocidal tendencies, and love of beer, but now we have Japan for weird sex acts, Russia is back in the genocide game, and we all love beer. So, if you indeed are a fan of music, let’s try to share the love and not pick on Germany so much. If you need a new country to make fun of during music conversations, try out Switzerland, neutrality is boring if you ask me.

Court of the Ginger King: In Defense of German Music