When I go to meet Matt Costa, the California-born singer-songwriter whose latest full-length album, Unfamiliar Faces, is a pop mix of guitar, piano, and harmonica, everyone along the press line is saying good things. A reporter for the environmentally-conscious, green-chic website Sprig (“Your Daily Green Style Guide”) tells me what a nice guy he is. She looks fondly in his direction and says he used to play her college back in California on a weekly basis. L’Uomo Vogue (Italian Men’s Vogue) is photographing Costa for their upcoming music issue and everyone from the stylist to the photographer to the assistants seem taken with his look, which is tousled and pensive. 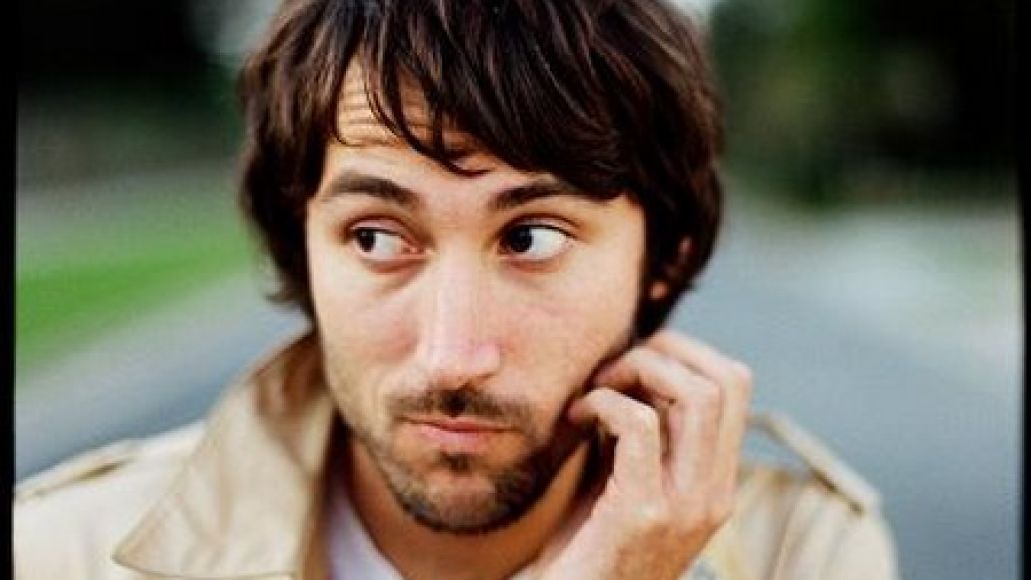 Wearing tortoise shell Buddy Holly glasses and a quiet expression, Costa is tall and lanky, and from a distance I make the false assumption that he’ll be standoffish. It turns out he’s sweet and soft spoken, and pleased as ever to be on the festival scene as part of Jack Johnson’s much publicized “eco-tour”. “I’m holding onto my water bottle. I recycle. Just the little things, they add up,” he says. Pointing to the cup of tea he’s been sipping on this unusually cold August afternoon, he jokes, “And I have to some tea. That’s kind of earthy, right?” All transport on the tour is biodiesel fuel-powered. Everybody is urged to use recyclable materials. Additionally, Jack’s label, Brushfire Records, is a member of 1% For the Planet, a network of businesses worldwide that donate 1% of all revenues to environmental organizations.

The tour has taken Costa across Europe, where the fan response has been overwhelmingly positive. “We went to Holland and to Germany. I love the crowds over there. It’s really exciting. I’ve always had a good time in Germany. I’d like when I have time off to go over there and hang out. I’m gonna make a green submarine and travel across that way.”

Today at All Points West, if he has the time, he says he’d most like to see Cat Power. Festivals being mostly daytime events, often it turns out they don’t really suit those music lovers and performers who are used to being in dark enclosed spaces well after dinnertime. “I’d say I’m a night person. Playing music turns you into a night person,” says Costa, “but I actually like doing the daytime stuff, especially in really great settings like [Liberty State Park].” He nods towards the Statue of Liberty, who we’re looking at from behind. “I’ve never seen her from this side.” It’s like she’s deserting us.

Though Liberty State Park is in New Jersey, its skyline views continually inspire thoughts of New York. Costa spent some time in the city visiting friends recently. “I was [there] two weeks ago. I was out on the Lower East Side. I went to the Met Museum of Art.” To the Superheroes exhibit? “Yes. I saw Yoko Ono there.” On display? (She is kind of a superhero.) I ask him if he’s got a favorite comic book figure and the conversation comes full circle, “Is the Statue of Liberty a superhero?”