Combining the best of the best in terms of our favorite indie band characteristics, Bound Stems bring in a sound that is simple and familiar, reminding us of Conor Oberst and Broken Social Scene to name a couple. Hailing from Chi-town, Bobby Gallivan (vocals), Dan Fleury (guitar), Dan Radzicki (bass, keys), Evan Sult (drums and formerly of Harvey Danger), and Janie Porche (multi-instrumentalist) give us another reason to be excited for the mid-west city and its music scene that has been oozing with quality progressive independent acts. The band’s line up was solidified (for now) when Porche first came in the band during the 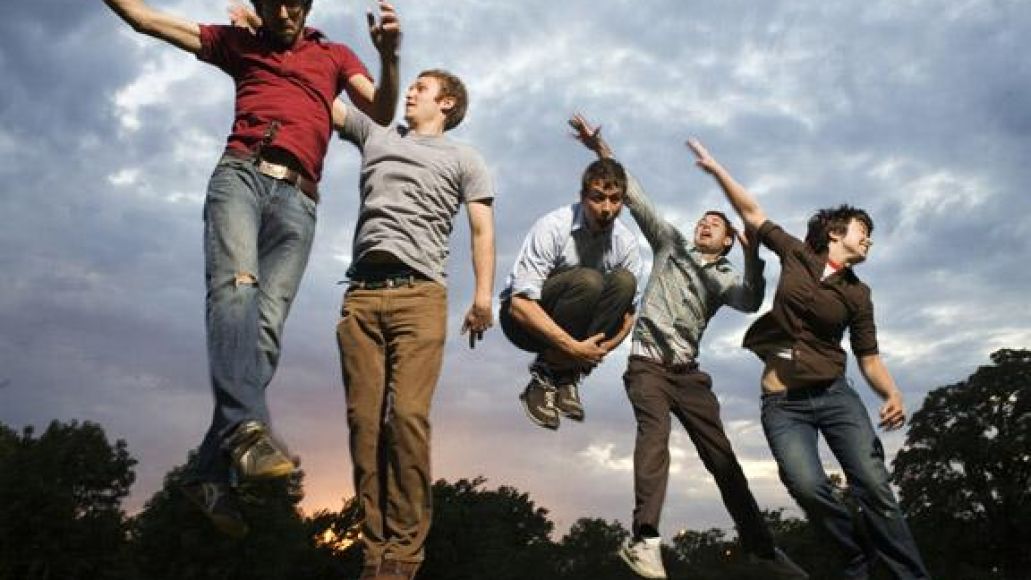 2004 recording of Levity EP. The following year, The Logic of Building the Body Plan EP marked the first time all five members wrote and recorded together.

Since their inception in 2002, Bound Stems has given us two albums, and a handful of EP’s that combine the modern alternative sound paved out by Radiohead with enough interesting experimentation and newer influences to keep you excited. “Excellent News Colonel” off of their 2006 full length Appreciation Nights shows off that originality while adding sing along moments and noisy, distorted guitars. Other tracks add a level of ambiance and atmospheric noise to create sleepy ballads, as on the introduction of “Wake Up Ma and Pa are Gone” from that 2005 EP mentioned above. It later develops into a track that utilizes driving drums and distorted bass to boost the down tones and climax to a sonic and passionate finish.

Their latest work The Family Afloat was released to vinyl only on July 11 this year, and you can expect to it up in other formats on September 9th. Two tracks can be heard via their MySpace page. The band is also on tour throughout the Midwest and East, and has dates in August that include two of Chicago’s smaller festivals.

Check Out:
“Happens To Us All Otherwise”