Have you ever wondered what would happen if you put marriage, babies and rock n’ roll in a big ‘ol pot and stirred? Well what you end up with is mrandmrsmays. This super fun married couple from Austin, Texas smash into the indie-rock scene giving it some edge with a punk rock twist.

Stuck in the habit of working separately, the couple has a rather odd and unorganized method for writing music. In fact, a large majority of their songs are comprised of so many different elements it’s surprising they still sound so good. The band combines elements of surf rock and heavy punk often, but also likes to experiment with screaming banshee like noises set over moody trance like music.

Unable to maintain a definitive sound, the band takes on qualities of Le Tigre, Portishead, The Killers and 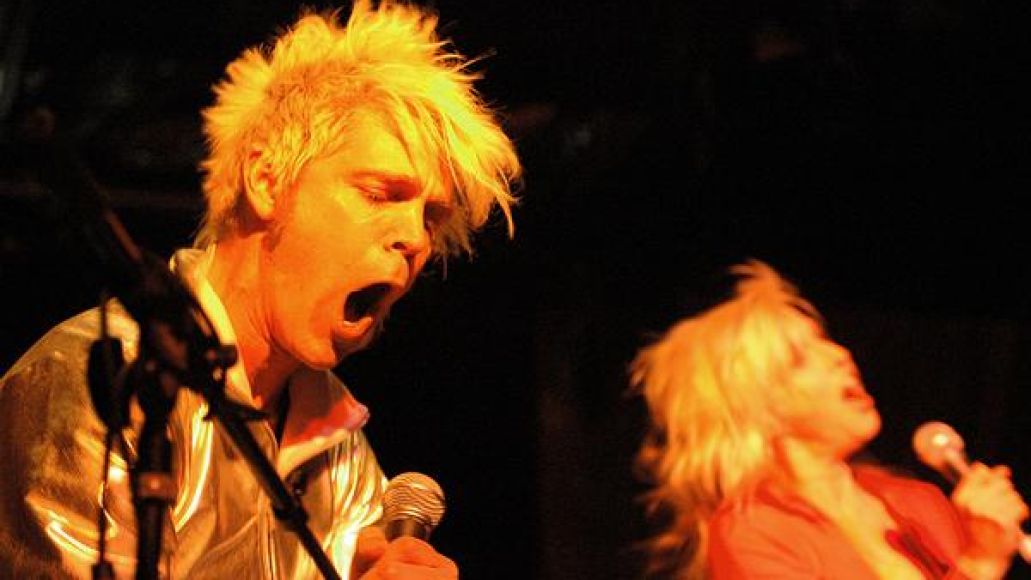 Hooverphonic. The catchy song “Remedy,” has a very uplifting summer sound and will most likely be the bands first single. On the other hand, “Introduction (hate to love)” carries a chilling chant like melody that is almost reminiscent of a pagan ritual. In the style of Jim Morrison or Tom Waits, Mr. speaks to you in a low voice about fate and redemption while Mrs. makes high pitched eerie cries in the background. This song almost forces you to imagine what being trapped in a hole and forced to come to terms with your death would be like.

The music of mrandmrsmays tends to lead you down a windy path as the May’s sing to you about higher states of consciousness and God while they participate in a ritualistic dance hoping to find a state of being. From fast-paced punk songs like “Our Way” to the masochistic trip-hop sounding “Willing to Willing” the band just has a way of sucking you in.

The duo released their first self-titled debut album on July 15th. Pulling in a lot of extra help from friends, each track has its own unique sound. To some this album may seem marred by its discontinuity because it really flows more like a sampler. Maybe they haven’t found their sound yet, but it is apparent that they know how to make solid tracks. So if you are ready to take on an onslaught of mixed matched sounds, tribal dancing and hypnotic lyrics then this is just the band for you.

Check Out:
“Freak On”