How many times have you been to a BBQ or outdoor party when someone interrupts your carefully selected hard rock or hip hop track with some lame acoustic surfer music? Guaranteed, everyone has busted your best friend’s girlfriend or boyfriend seizing the IPOD to put on some outdoor friendly mellow music. Names such as Jack, Ben, and John have become over played and monotonous. I have a secret cure for your musical woes my friends: Rehab. If you haven’t already heard of this dirty south rap/rock outfit, heed my words and buy their new album. My girlfriend introduced me to Rehab’s unique hip hop stylings last summer and still to this day I crave to blast their 2000 major label debut, Southern Discomfort, every time the sun comes out.

Lead by Danny Boone on lead vocals Rehab combine Georgia south rap with hard rock; however, tracks such as their popular single “Sittin’ at a Bar” contain reggae acoustic themes. While “Sittin at a Bar” is a slow groove containing laugh-out-loud lyrics, other tracks such as “BUMP” will force you to bang your head  and throw the occasional elbow to your nearest buddy. The title track of their latest release Graffiti the World features many layers of amazing musical skill. A slow steady beat along 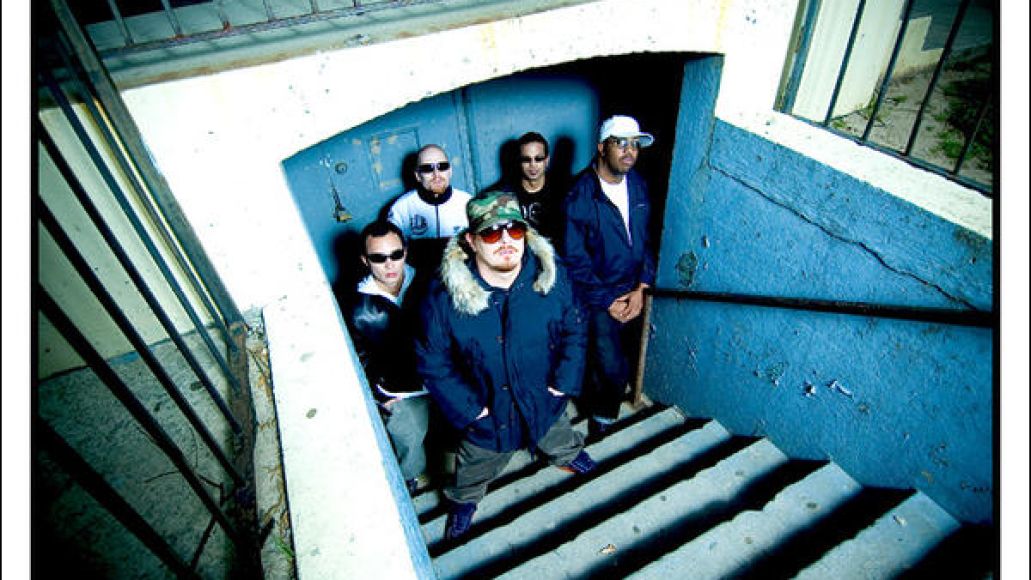 with acoustic and electric strings accompany Boone’s vocals perfectly. A definite standout track on their newest album, Graffitti the World, will please any musical critic and in return might give your IPOD some rest from intruders.

Following “Graffiti the World” on the track list is “Bartender Song (aka Sittin’ at a Bar).” A long time classic from Rehab that is being re-released on this album. Even after listening to this track many times over it still remains fresh in my mind. While Graffiti the World moves Rehab into a more mature musical direction, “Sittin’ at a Bar” still proves that Rehab never take themselves too seriously. One of the strongest parts of Rehab’s music is Boone’s lyrical and vocal skills, he has a knack for piercing people’s ears with lyrics which we’ve all experienced. Whether it’s sitting at bar when we shouldn’t have or smoking something we shouldn’t even though we have a drug test the next day. C’mon we’re all guilty for putting off responsibilities in favour of polluting our brains. Mixing in Boone’s lyrics with catchy beats and strings will put a smile on any sober or drunk person’s face.

Even though Graffiti the World is a re-release from 2005 the music still remains strong and polished. Rehab’s sound will never become outdated or monotonous, keep our fingers crossed that they will never become overplayed either. Boone and co. still remain an underground hip hop sensation with a large fanbase, yet it’s just a matter of time before mainstream radio discovers these Georgia boys. Until then we’ll continue to enjoy their music on our patios and combat surfer friendly tracks with booze friendly Rehab.