It takes a debut with a captivating vantage to introduce yourself by flooding the singles charts and magazine articles. As an Artist of the Week for Paste and a member of the CMJ Top 100 list in July, Samantha Crain has exploded onto the independent folk scene with an emphatic EP, The Confiscate, now available on Ramseur Records (The Avett Brothers, everybodyfields).

But who is Samantha Crain? A 21-year-old from Shawnee, Oklahoma, Crain embodies grounded roots music and Southern charm with The Confiscate, a five-song “musical novella” bound together as “chapters.” She describes the EP as “distinctly Oklahoman,” yet cites Radiohead and Bob Dylan as influences. Interestingly, she and her band, the Midnight Shivers, serve a traditional folk –tambourines, harmonica, and sparse guitars– as a fully encompassing backdrop to her nuanced voice which channels the quirkiness of Bjork and the soul of Cat Power. The result is a fascinating contrast that appeals to classic roots fans and indie hipsters alike, if her inclusion in Paste and appearances at several folk and grassroots festivals in the upcoming months are any indication. 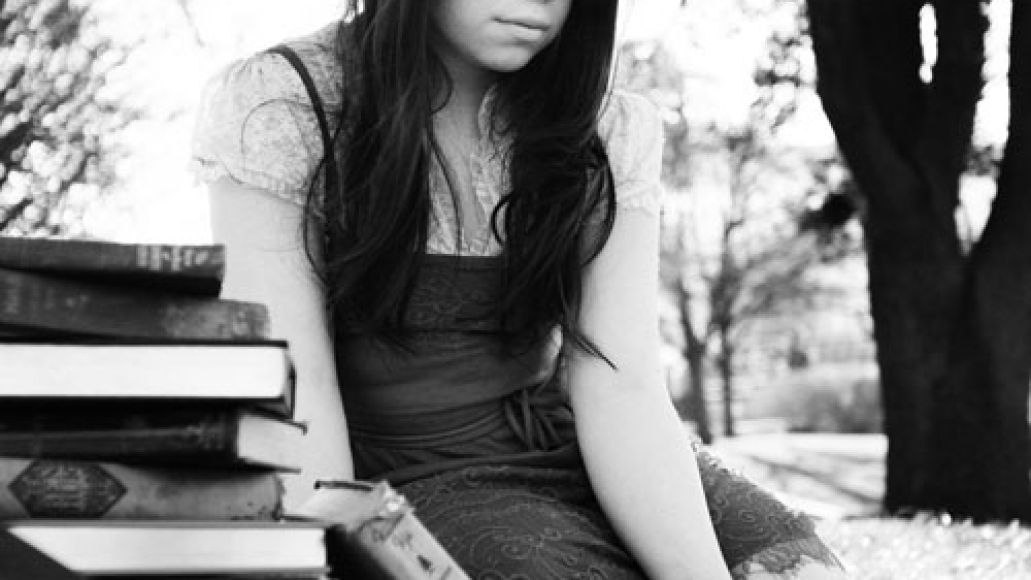 Brazenly witty narratives encapsulate every song. As a former English-lit major, she touches the earthly relationships between love and hate, betrayal and redemption, and salvation and damnation with semi-fictional tales comprised of sharp, clever songwriting. On the despondent single “Beloved, We Have Expired”, she tells the heartbreaking story of love lost. It’s universally relatable, with the listener gravitating into her world with self-reflection, as she sings of “being the forgotten change in the pocket of your old winter coat.” Her storytelling ability is displayed on the first track, “The River”, which chronicles the grim life of a guilt-ridden preacher who repents by drowning little girls who play by the river.

Small in stature but big in heart and voice, the elfin Samantha Crain transcends genres unexpectedly by combining the ethereal gloom of her velvet voice with the upbeat sound of traditional folk-rock. A two-night stint in Chicago with Sam Phillips is next on the agenda in early September, as well as the International Festival in Lawton, Oklahoma in late September, and the Shakari Hills Grassroots Festival in October.

Check Out:
“Traipsing Through the Aisles”
“In Smithereens, The Search for Affinity”