Day one of Outside Lands was interesting to say the least. The skies were cloudy and dense with fog and it was sprinkling consistently for the entire afternoon. Not ideal weather for an outdoor festival, but it was the least of everyone’s concerns.

The festival kicked off at exactly 5 p.m. and a steady flow of festival goers began to appear. Just thirty minutes later, hundreds of thousands of people arrived. At about 5:40 p.m. the lines to enter the festival were backed up for blocks. Buses were overloaded, making it even harder to get to the festival since there was absolutely no parking nearby. Within minutes, it became apparent that the 1st Outside Lands was not planned or zoned out properly for the masses.

Rapidly, the crowds became so dense that it took a minimum of 50 minutes to get from one neighboring stage to another. It sure didn’t take long for everyone to get agitated and frustrated, either. Almost no one was able to catch the shows they wished to see; which resulted in chaos amongst the festival goers. People began tearing down fences and jumping over porta-potties, all in an effortless attempt to get closer to the main stage. Also, lines for beverages and food were backed up so far that the average customer had to wait about an hour just to place their order. 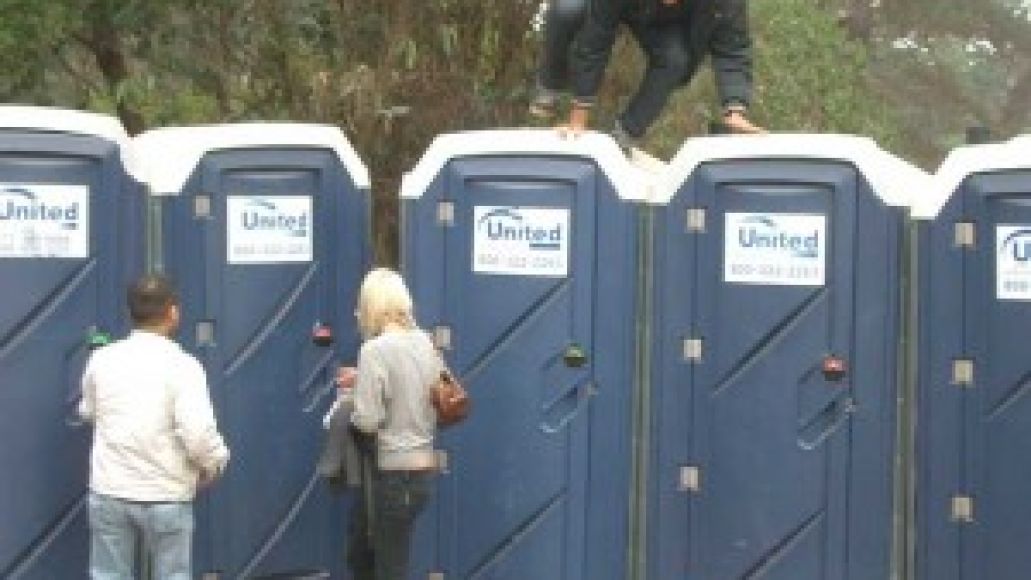 Today’s Outside Lands turned out to be a frustratingly useless waste of one’s money, particularly for those who purchased a one day pass. Unless you just came out to see Radiohead, you were sure to leave unsatisfied because it was the only show many people were able to catch due to overcrowding. Negatives aside though, the bands at Outside Lands today were phenomenal. That is, of course, if you were able to brave the crowds and actually manage to catch their sets. Hopefully tomorrow will be a little more organized and not so chaotic. Without further adieu, let’s talk about the music!

Los Angeles’s Carney started off Outside Lands with a bang. The talented foursome graced the Presidio Stage with their presence and provided the crowd with fast-paced, raw guitar riffs backed by a loud and steady drum beat. Even before the attendees really began to pile into the festival, Carney managed to snatch up all of those within sight and drag them in. Although the band was only given 25 minutes to play, they blew away all those in attendance. The band started off with “Nothing Without You,” which emphasized Reeve Carney’s strong, yet wispy vocals. Next up was a dynamite cover of The Beatles’ “I Want You (She’s So Heavy),” featuring a lot of dramatic solos from Zane Carney. The band closed out their short, but very enjoyable set with their hit song “Testify.”

Moments later, Cold War Kids got going on the adjacent Sutro Stage and got the crowd moving. Everyone piled in quickly to see the boys dressed in their tight dark jeans and matching beanies. Cold War Kids played a lot of their hits, such as “Hang Me Up To Dry,” “Passing the Hat” and “St. John” which were extremely well received. The band also threw a few new songs out there like “I’ve Seen Enough” which was heavily distorted and featured an interesting washy piano melody. Without a doubt the best moment of their performance, was when Nathan Willet captured the whole crowd as he sang “How’s it gonna feel when summer ends/outta money/out of friends.” It was like at that moment everyone knew exactly how he felt and were at a loss themselves of what to do. 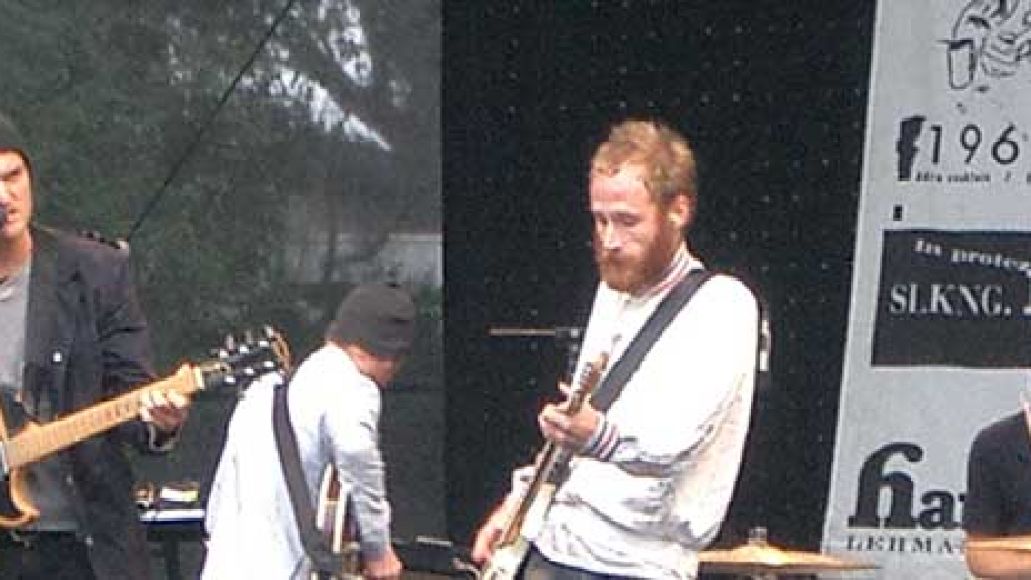 After their set, the crowd attempted to make their way back to the main area. Since there was only one way out, things moved super slowly and I was only able to catch the last 20 minutes of Manu Chao’s performance. When the crowd finally dissipated, just over the hill was waiting one gigantic dance party. People had begun to accept the fact that they weren’t going to be able to move around the area freely and really let out during this performance. The band was clad in shirts reading “Stop War” and featuring Che Guevara’s portrait were to be expected for their reggae inspired Spanish groove music. Chao’s voice was articulate and overcame us with an overwhelmingly mellow beachy and breezy vibe. For the finale, Chao whipped out a Mexican flag and began waving it around wildly. He eventually wrapped it around himself and left the stage as he blew kisses at us. 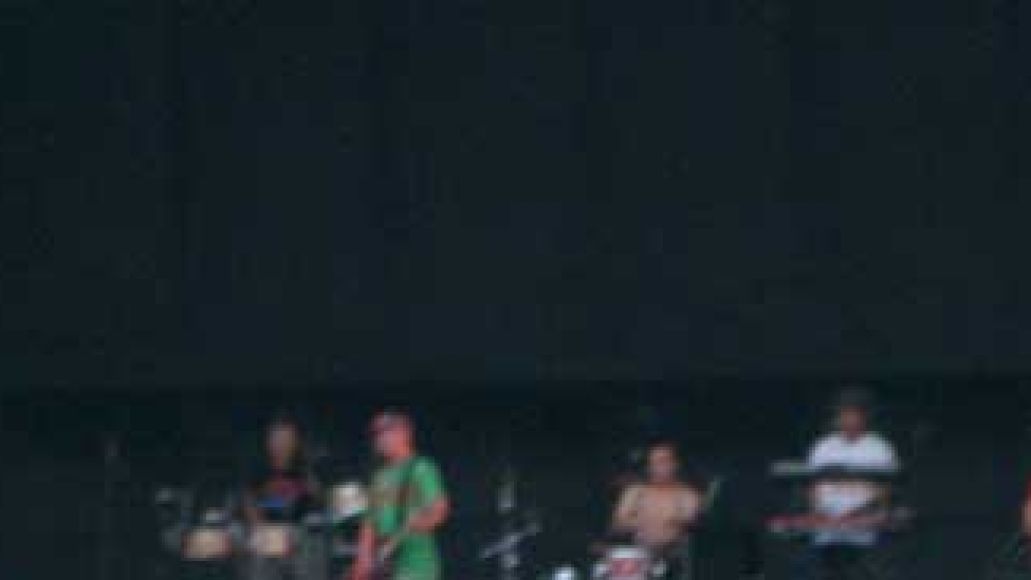 Manu Chao’s exhilarating performance left the crowd at ease for a few moments, before things got crazy in preparation for the night’s main event: Radiohead. 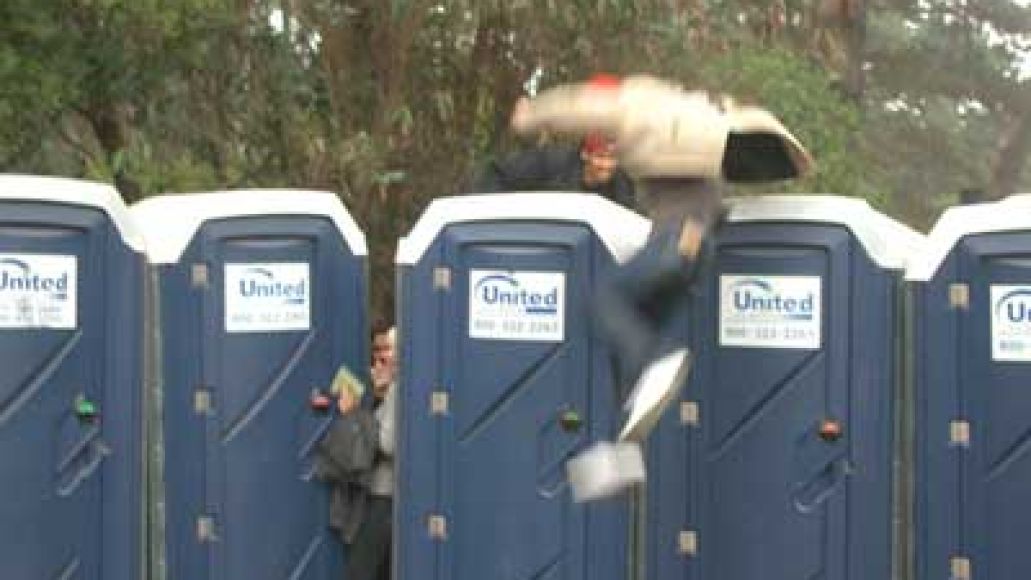 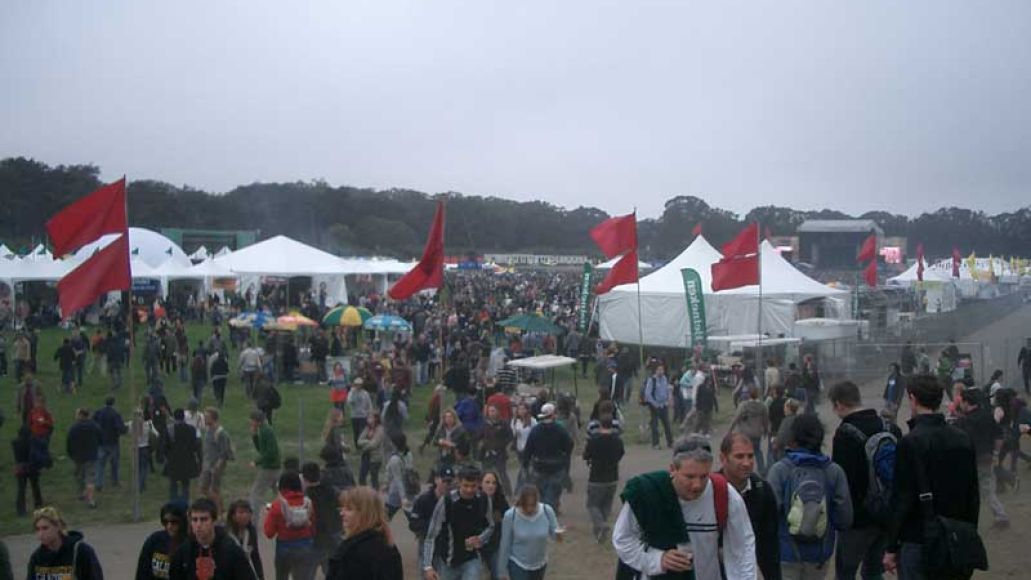