Day two of Outside Lands proved to be one hell of a time. The crowd was much more chill and the park grounds were not as heavily congested as yesterday, which made for an all around enjoyable experience. The weather was once again overcast and quite foggy, sending a chilling wind at us from time to time, but that wasn’t about to make any of us call it quits.

All day there was a steady flow of people coming in and out of the festival grounds. The extra space found today allowed for people to get to all their shows on time and also enjoy the local festivities. Outside Lands featured a wide array of activities that individually represented a particular aspect native to California. Wine Haven was just one of many and it welcomed attendees in to taste test local wines and learn a little bit about the wine making process. Another cool place to check out was the Crowdfire tent. Not only did it provide warmth, but it featured DJs spinning, photo booths that made you look like a rock star, and a guitar hero contest. Anyways, on to the music! 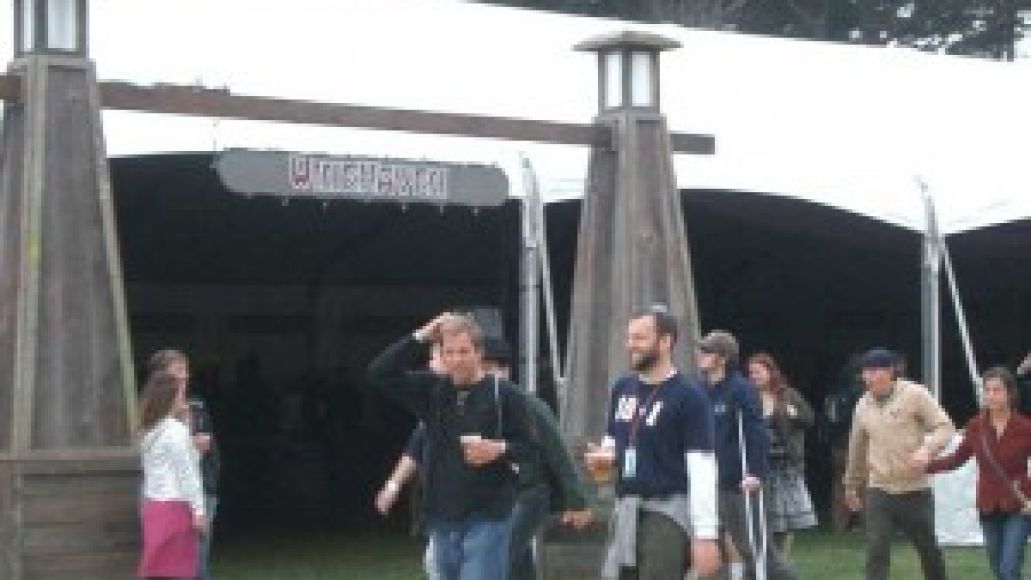 First things first, I met up with Peter Bauer of The Walkmen for an interview, which you can read up about later on our site. Shortly after, Outside Lands 1st press conference began with a special acoustic performance from Carney. They played just one song, fresh off their new album, which should be hitting record stores quite soon. After they cleared the stage, the conference began; giving us writers the opportunity to question some of the artists playing at the festival and even get their autographs! Some of the featured performers today were Les Claypool, Kaki King, and Two Gallants.

At around 3:00 p.m. Liars started playing at the Panhandle Stage. Unfortunately, the band’s weird, broody music didn’t quite fit the scene. People were looking for something with a bit more oomph, and Liars just wasn’t handing it out. It seemed like Liars was better suited for a darker concert venue that could provide the audience with some lighting or images; adding character and meaning to the music. Instead of staying for the entire set, many people got up and started heading over to the main stage, where Galactic City Soul Crew was playing. 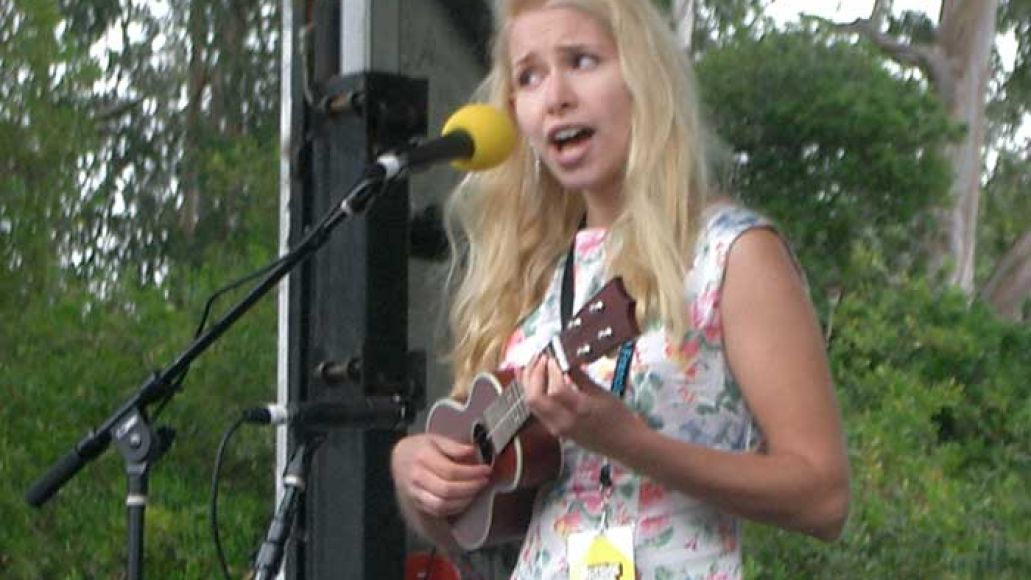 Later on, the hilariously charming Nellie McKay approached the Panhandle Stage. Although she seemed quite shy at first, sheepishly mumbling “Thank You” into the microphone, McKay loosened up pretty quickly. The more she sang, the more confidence she acquired, as the crowd cheered her on and laughed at her comedic lyrics. McKay gave us quite the show while making silly voices and noises during her songs, attempting to play the parts of an entire band. During “Mother of Pearl” she stopped for a few goofy dance breaks and the crowd participated with her, oddly enough. Announcing later the encouraging words she heard from her mother this morning, McKay confessed that she was told to “just dis everybody, except Ralph Nader,” which she did a pretty good job of. Whether impersonating dogs or politicians, McKay gave her audience a quirky experience to remember.

Next up was Regina Spektor who calmly took over the Sutro Stage. Clad in a dark green outfit, the gigantic mountain landscape behind Spektor, made her appear as a tiny part of the vast landscape. Spektor approached her grand piano with grace and poise and let her fingers take the lead. She pulled in quite a crowd. Everyone simply wanted to hear the charming melodies that she so beautifully sings as they sat down for a moment to eat some lunch. 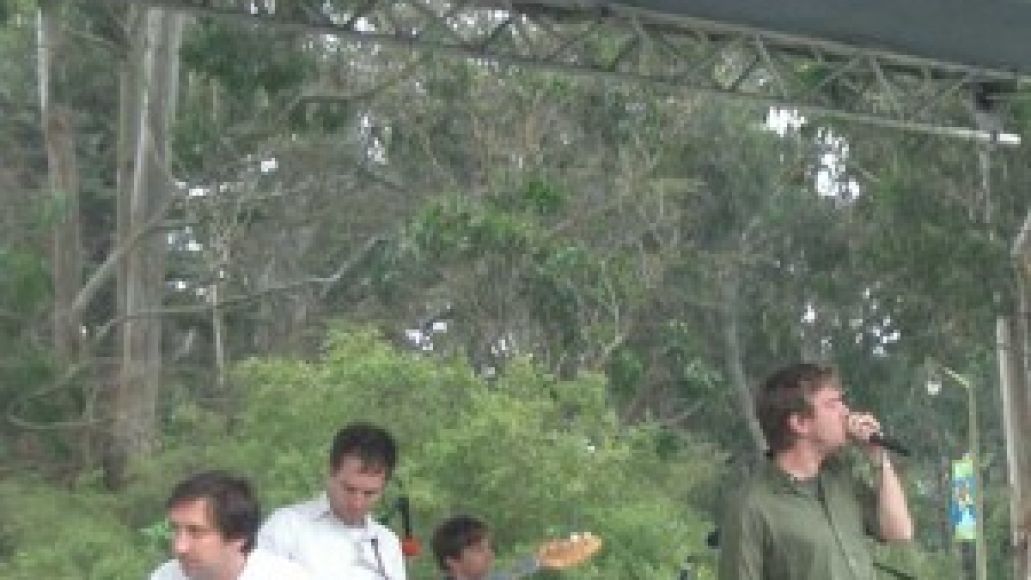 The Walkmen proved to be the best show yet at the festival. The band played a set of songs mostly from their latest album You & Me, which was to be expected. Leithauser’s vocals seemed a bit scratchier live and you could tell he was putting some serious strain on his vocal chords. The only negative aspect of the performance was the volume of the speakers. Since it was obnoxiously loud, it was hard to not cringe when the band created high pitched effects on the organ and guitar. Through and through it was great to hear the spacey harmonies and dreamy organ melodies in person on songs like “Canadian Girl,” “Red Moon” and “In the New Year.”

Nearby, the funky bass driven Primus started up at the Twin Peaks Stage. The crowd here was just insane. Everyone was head banging and thrashing around to the band’s metal sound and heavy drum beats. Primus created a whole new vibe for the festival. The intense energy of the band was well illustrated through wild bass solos and wacky voice-overs in songs like “John the Fisherman.” Primus had an interesting stage set up with lights and two oddly placed enormous spacemen behind them. Their performance was extended a bit to keep the crowd happy, but forced many to make a decision between them and Tom Petty & the Heartbreakers. In fact, their performance cut into the evening’s main event by a good two or three songs.

Primus wasn’t the best lead-up to Tom Petty & the Heartbreakers, but I got the feeling that it wasn’t everyone’s scene either. Soon enough, a majority of the people cleared out from the Primus stage a bit early and began to make the long trek towards the main stage. 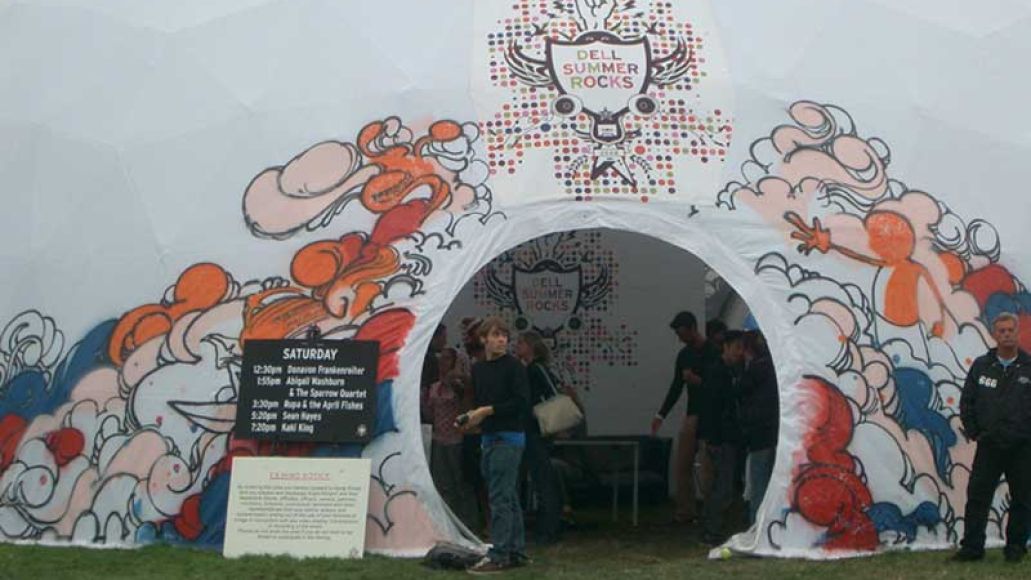 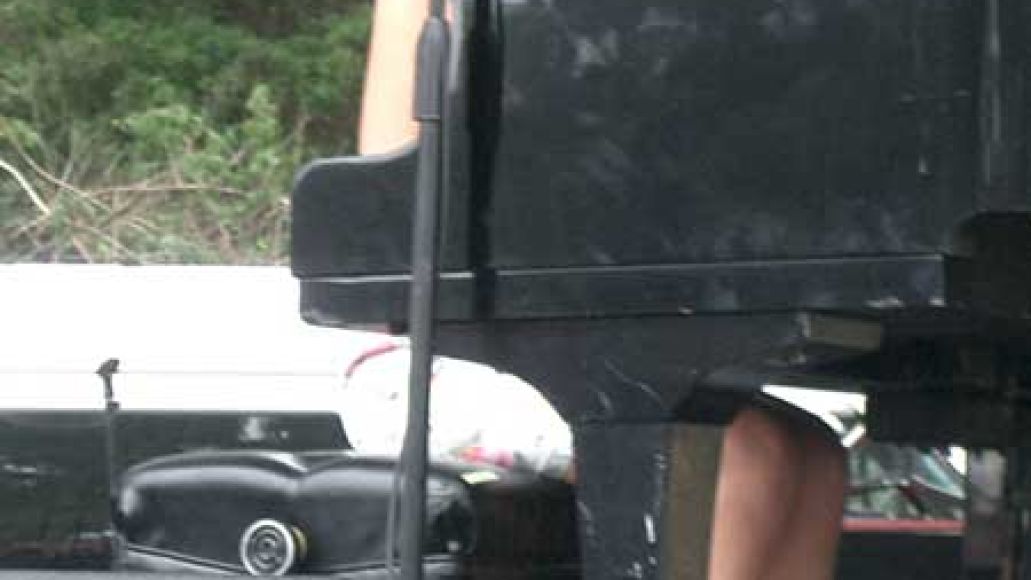