In a little less than two weeks, CoS’ Allison Franks will travel to San Fransisco, California to take in the many sights and sounds of the inaugural Outside Lands Music & Arts Festival. In anticipation of her trip and live, on site coverage from the event, Allison will spend the next two weeks spotlighting a number of the festival’s scheduled acts…

Abigail Washburn has been singing all her life, but she never once thought she’d make a career out of it. During college, she took a trip to China.  Intensely captivated by the culture, she was inspired to get back in touch with her own roots. She soon settled in Nashville, Tennessee and has been making music ever since.

Hearing Doc Watson’s “Shady Grove,” is really what helped guide Washburn’s musical focus. Soon after, she learned how to play the clawhammer finger picking technique featured in “Shady Grove” for the banjo. Then in 2005, Washburn got together with Ben Sollee and a few others and released her first album, Song of the Traveling Daughter, which was produced by Bela Fleck. Later that year, Washburn formed a group to go on a mini-tour through China with her, resulting in the formation of the Sparrow Quartet. 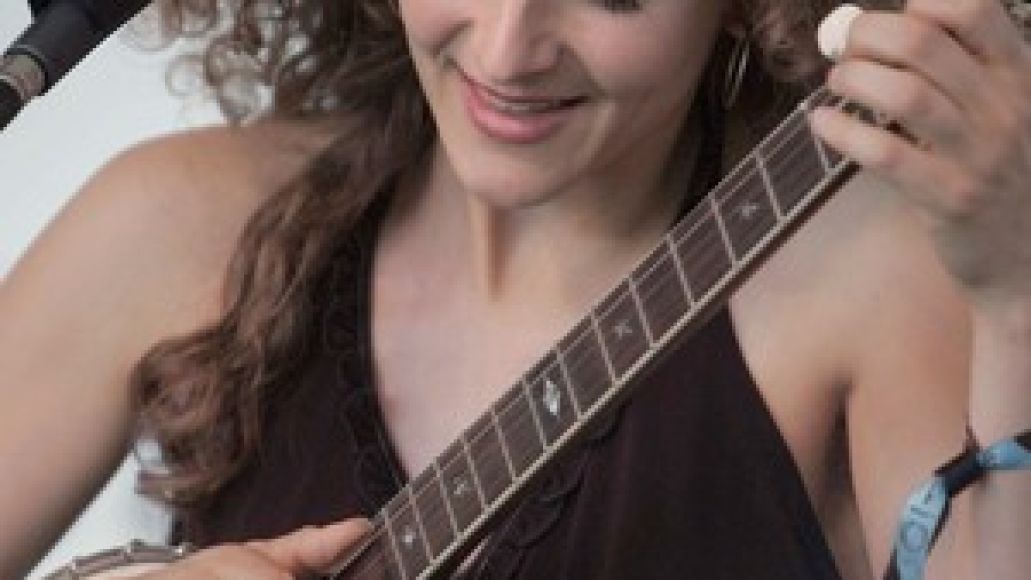 Washburn’s evocative vocals captivate you as she lulls you with bedtime stories of imaginary heroes. She loves to take you on great mythical Chinese adventures, while switching between English and Chinese lyrics. The beauty of her voice really shines through in songs like “Rockabye Dixie” and “A Fuller Wine.” At the same time, it’s hard to ignore the quartet’s strong influences from bluegrass and folk rock music, particularly in songs like “Oh Me Oh My” and “Great Big Wall of China.” Upon returning from a long tour across China, the band will return to the states once again to perform at this year’s Outside Lands Festival. Don’t miss this gathering of great musicians on Saturday August 23 at 1:00 p.m.