Stepping into Mizner Park Center, I felt the sudden twinge of some invisible force pulling me into a time warp circa 1995. Black t-shirts, smeared black eyeliner, and even a few pairs of Doc Martens littered the bars and restaurants along the town center. As I worked my way through the populace to the end of the street near the amphitheater, you could feel the buzz building for this “warm-up” show for their anniversary tour. Postponed from earlier in the week because of the rain-soaked Tropical Storm Fay, storm clouds filled the air, obvious after effects of the now northbound storm. Just as the Smashing Pumpkins were going to make their grand entrance, lightning streaked across the sky and more rain dropped onto the oversaturated ground setting the tone for a melancholy and powerful performance by a band once considered “washed up” (remember Zwan).

Corgan, dressed in a dark, long sleeve t, and a metallic ankle length skirt (yes, he is back to wearing full length skirts), brought Boca Raton, Florida an eclectic set list that left the casual fan muttering aloud, “Why didn’t they play “Disarm” or “1979”?” They included songs from most albums including a few off their American Gothic EP and introduced their new cut, “G.L.O.W.”. For the majority, who came with an open mind, the set list provided many opportunities for listeners to hear songs that have rarely seen the light of day on other tours. The band ripped through a sick, never-ending version of “Heavy Metal Machine” that left your ears bleeding yet sadistically asking for more. They even dusted off “The Beginning is the End is the Beginning”, the B-side now made pertinent by the trailer for “The Watchmen”, which hits theaters next year.

Seeing the Pumpkins play this deep into their mini-tour allowed the crowd to view a tight, well-oiled machine that even surprised Corgan on occasion based on his snarky remarks. Other highlights included “Bullet with Butterfly Wings” which provoked the only mosh pits for the evening. “Today” turned into a huge crowd sing-a-long with Corgan stepping back and letting the crowd sing the first verse. They closed their set with an interesting, yet whimsical medley of “We Only Come Out at Night” and “In the Summertime” (Mungo Jerry Cover). During “We Only Come Out at Night” the entire band stood at the front of the stage and sang a cappella and utilized kazoos (yes, kazoos) to provide fill between lyrics. They took the kazoos one step further and utilized them for jazz solos during “In the Summertime” in which each member took a thirty to forty-second solo. 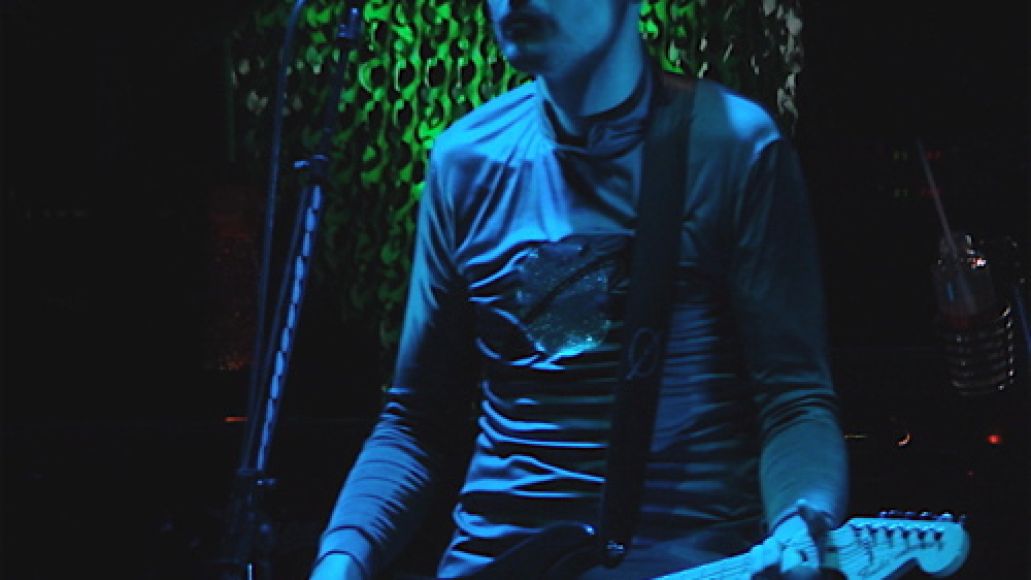 Whether he was self-conscious or hesitant after a bad crowd in Clearwater, Corgan displayed little interaction with the ecstatic crowd for the first few songs, but began to warm up as the show progressed. His self-deprecating remarks made the crowd laugh on multiple occasions and spent a few minutes reminiscing about “Alternative” music (which to me is eerily similar to something we refer to as “Indie” music but I digress…..). He also went on to bash the Clearwater crowd for basically sitting the whole show. “They didn’t know what to do. Did they not know to stand?”

One of the more fascinating parts of the show involved Corgan allowing fans a glimpse into his family. His niece, Eva, came out onto the stage to sing “Once Upon a Time”, a song about Corgan’s mother, with him. He gently began to tease her by asking if she was nervous. She nodded her head and started to look a bit frightened, but the crowd began chanting her name and the band dove into the song. With her parents sitting at the side of the stage with a video camera, it was an honest and touching experience many concertgoers rarely witness.

Overall, his humility (at least the faÃ§ade of…) and crowd interaction, which I have rarely seen from this band, made a solid performance memorable for the nostalgic in each of us. Many people, including myself, doubted the relevancy of the Pumpkins once D’Arcy and James Iha left the band. Acquaintances had to convince me fervently that this show would be worth my time. I easily stand corrected and am proud to say that if you give them a chance, the Smashing Pumpkins are a highly talented group that can still easily kick most current bands collective ass. 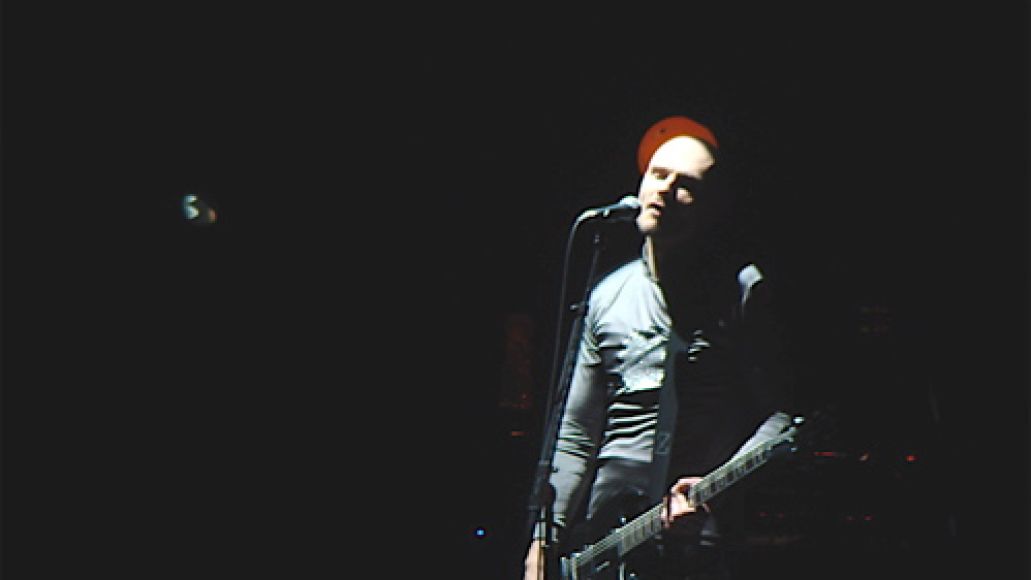 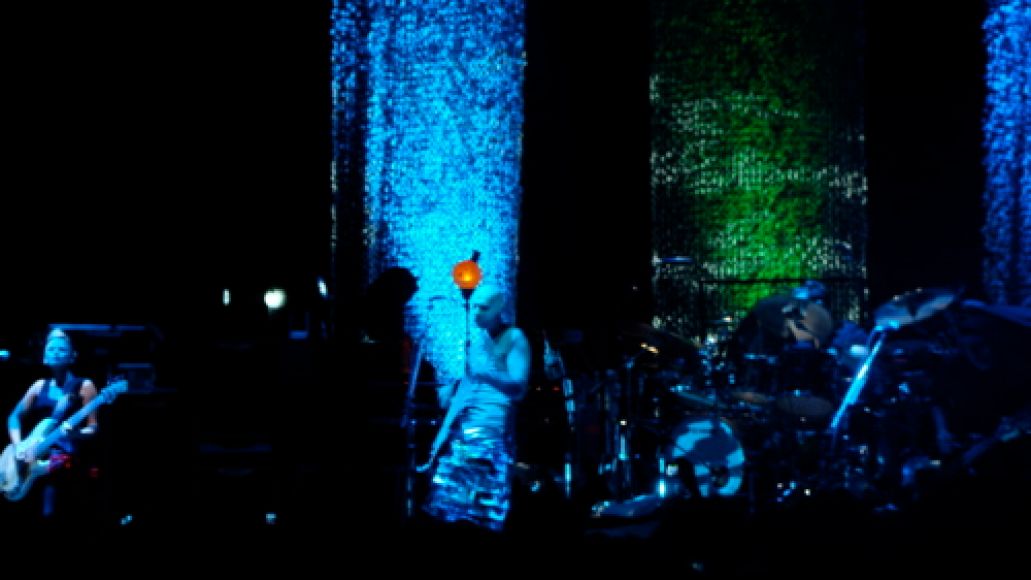 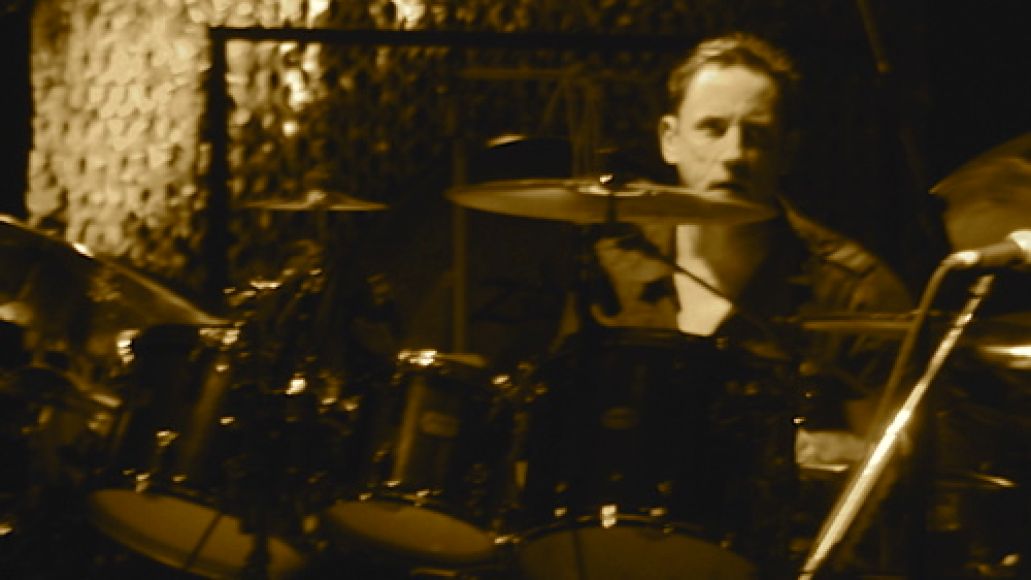