It’s been awhile since Warped Tour looked even remotely enticing. The last time the traveling punk show held any relevance, Blink-182 was adding drummer Travis Barker and the world was relieved of Y2K fears. No, over the past five years, the former punk rock fiesta has become more or less an outlet for teenagers to bleed their make up and pretend they have the world on their shoulders. So, why in our right mind did we feel it necessary to check out a bill comprised of Warped Tour’s finest offerings today?

Well, for one, it was free. 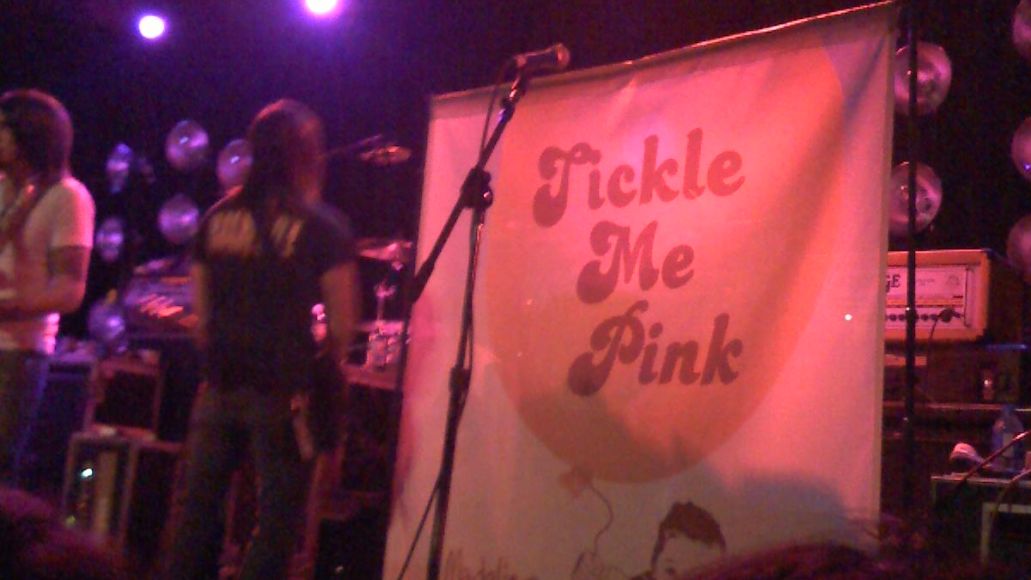 Last night, Chicago’s infamous rock venue, The Metro, held what was essentially a motley crew of screamo and pop-punk acts. From Colorado veterans Tickle Me Pink to Orlando, FL’s From First to Last, the show was a promise of what this country’s collection of small time rock bands can offer in the make up department, the hip smacking dance crazes, the Halloween-esque shag wigs, and the wishing well of screaming. Both of these acts served as preludes to the “big event”, which included Arizona’s own Scary Kids Scaring Kids and the equally forgettable (the hiatus didn’t help), Finch. Such a bill would allude to two things: teenagers and Hot Topic.

The show certainly targeted teenagers. Since doors opened at five, with the show starting at five-thirty, it wasn’t easy trekking through prime time, rush hour traffic. Kicking off the night, the New Hampshire post-hardcore unit, Our Last Night, probably put on a somewhat energetic, if not fabricated show. The term “probably” is used, because we never saw it. Blame ourselves? Nah. How about the three customers who took their time in a liquor store (change for the bus), the equally frustrating ride through Wrigleyville (again, it was rush hour), or the pre-Playoffs season Cubbies game that was happening literally right across the street from the venue? That might have had something to do with it. 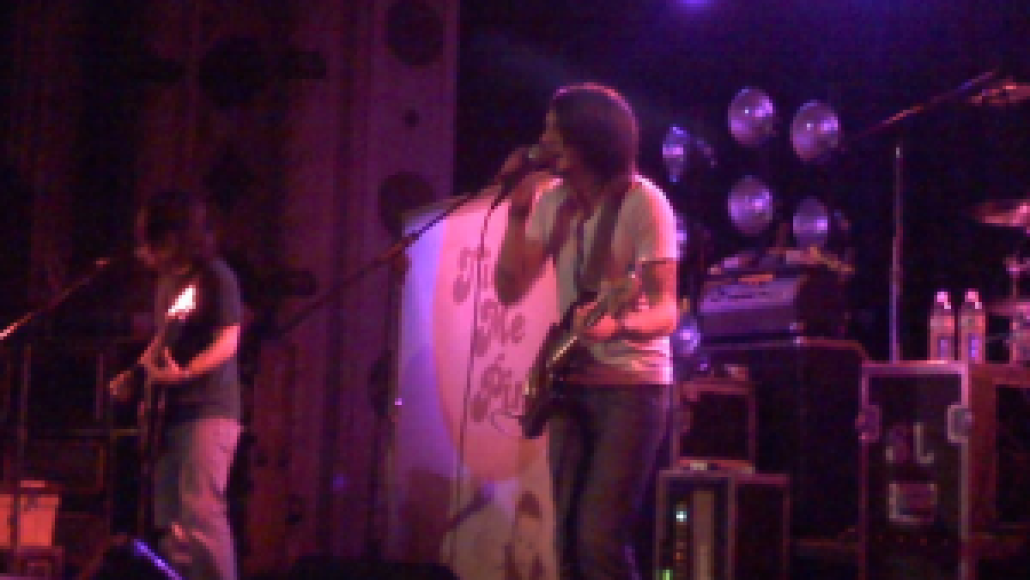 Backed by two illustrations, both bearing the band’s name, Tickle Me Pink set the bar somewhat high with a tight set of power pop and borderline hardcore emo. Vocalist Sean Kennedy appeared discomforted at the microphone, as if the slightest pass would topple him over. Throughout most of the set, he spent his time hidden behind a bass guitar and a sly smile that seemed more creepy than charming. On stage left, guitarist Steven Beck kept the ample audience in check, that is when he wasn’t sweeping his tossed hair off his face. In a low, thunderous almost shy voice, he announced the “Hip Swaying Song”, which went over well for about two minutes, but it wasn’t until lead single “Typical” played that the crowd really reacted. It’s a shame because songs “We’re Not Alone” and another one towards the end which seemed more traveling than predictable presented the band at top form, with some sharper edge peaking out in an otherwise blunt performance. 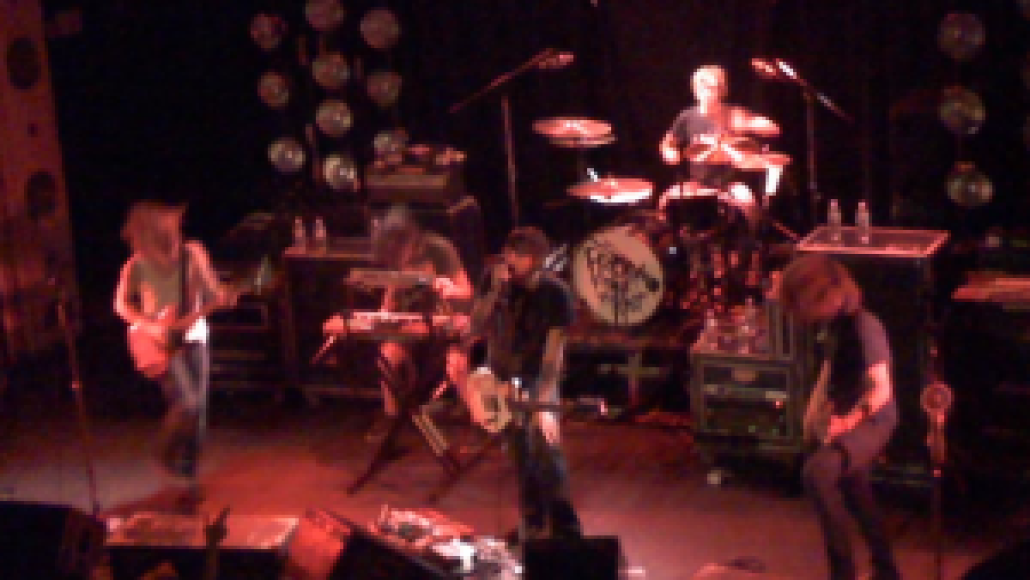 If one could hear influences of Dashboard Confessional and Thursday in Tickle Me Pink, it was certainly lost in the scream inducing set by From First to Last.  While Tickle Me Pink did offer a spark of a decent, if not a pretty good performance, Orlando’s very own From First To Last came and doused it, just like that.

From the get go, the Orlando quintet certainly made an impression, but unlike the typical eye opening pizzazz that a band should contain while dominating the stage, From First To Last fell over like a broken mannequin and never recovered.  Keyboardist Chris Lent leaped and threw around his chair like a man battling an incredibly large seizure.  At times, it was rather lame compared to the rest of the band’s on stage antics.  The group never once synched up their excitement on stage and for the most part, they came off severely disorganized.  As lame as Lent’s movements were, he was the sole member of the band seriously throwing his body around and trying to salvage a lackluster performance. 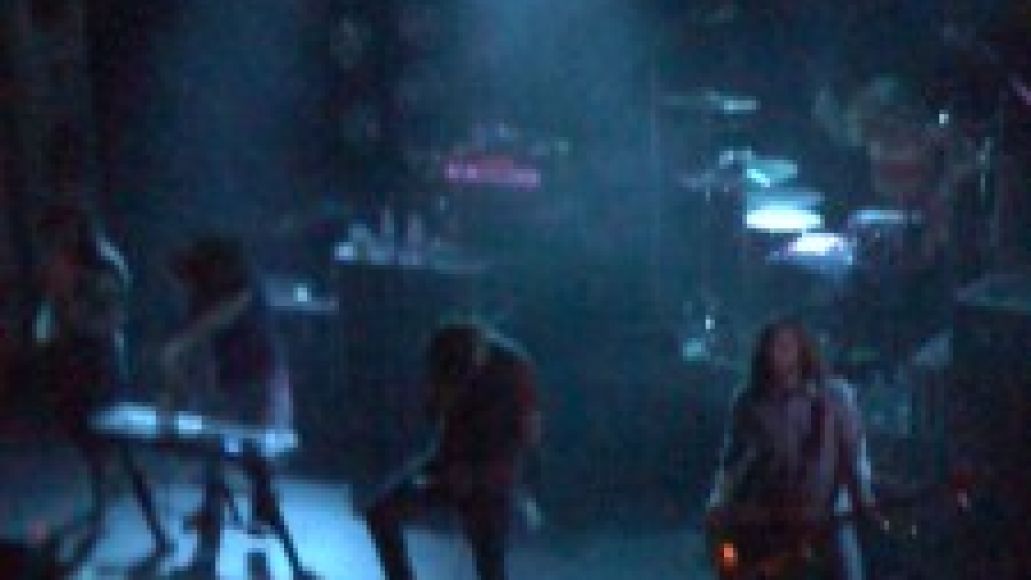 Phil Spector coined the famous “wall of sound” whilst working with the Motown-esque girl groups of the 1960s.  This added technique gave the listener a crisp, new approach to listening to music not only in stereo, but also in a surrounded setting.  From First To Last failed to create such a setting, but instead made a permutation of that said sound with a “wall of noise.”  The band’s sound was heavily garbled together like a broken telephone connection, and even worse, the venue was not to blame for the perceived lack of acoustics.  Bassist Matt Manning’s bass rig went out several times during the band’s forty-five minute set and in the spectrum of amplifier feedback, there is nothing worse than a bass feeding back into it’s own system.  Think of a dog whistle for a second…you can’t hear the noise, but the dog does.  He cocks his head forward very slowly and whimpers for you to stop.  This is what Manning’s gear ended up doing last night under the archways of the Metro for a good three to four times throughout the evening.

About twenty minutes into From First to Last’s perceived forty-five minute set, the band took a break onstage after realizing they were way ahead of schedule.  Instead of jumping right into another muted number, each member took a minute to talk to the crowd and do the whole she-bang of razzing on each other, saying “HELLO CHICAGO!” and things of that nature.  In actuality, it was a temporary relief of the tsunami of garbled distortion and screams, but then it dragged on even worse.  Singer/guitarist Matt Good told the crowd about a supposed after-party at Denny’s where they would gorge themselves on late night dinner.  The funny part is there aren’t any Denny’s in Chicago, just in the suburbs.  The words fell on deaf ears and it makes sense why they’re an Orlando band.  Denny’s is a primarily Southern food chain, even though it’s global, but in the eyes of Chicagoans, Denny’s might as well be just as far away as a space shuttle launchpad.

From First To Last ended their set with a feedback-laden thud and walked off the stage.  The roadies all gathered together to set up for Arizona’s Scary Kids Scaring Kids. After a meaningless and whimsical fifteen minute political discussion during the instrument swapping, the two of us braced ourselves for Scary Kids Scaring Kids.  To be quite honest, they sounded the cleanest and most musically inclined out of all the bands we witnessed, but after sitting through From First To Last’s muckery of a musical cesspool, boredom and hunger called in our stomachs and we departed for the chaos on Clark Street.

Looking back at it now, taking the piss out of these bands was fun, but yeah, it really is a sad state of affairs when these acts are nothing more than musical runway models for Hot Topic.  It’s not even Halloween, yet these people dress like caricatures of ridiculous proportions.  Either way, we left halfway through Scary Kids Scaring Kids set without any regrets.  Maybe Finch did a good show?  Just like the number of licks to the center of a Tootsie Pop, we will never know. 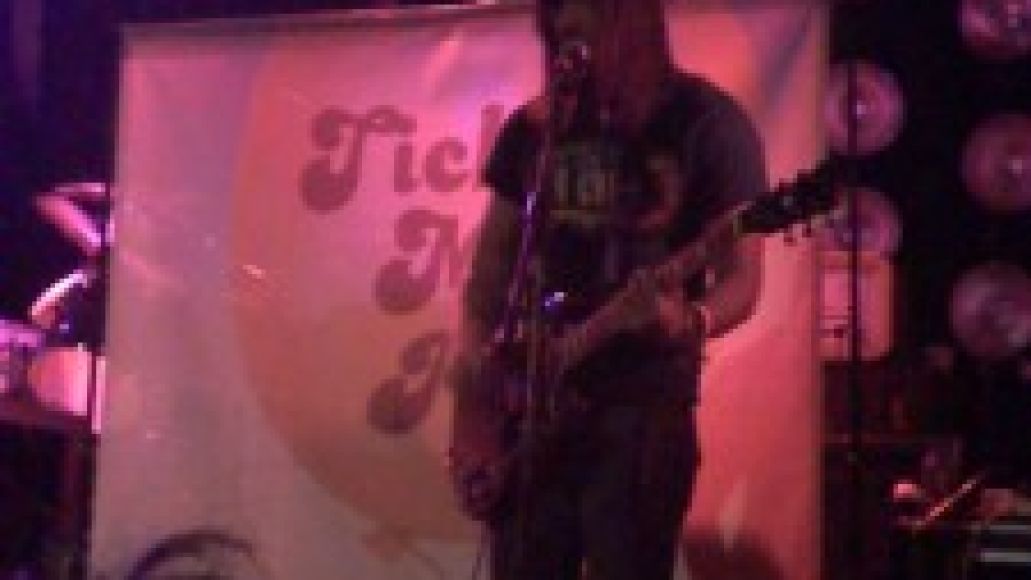 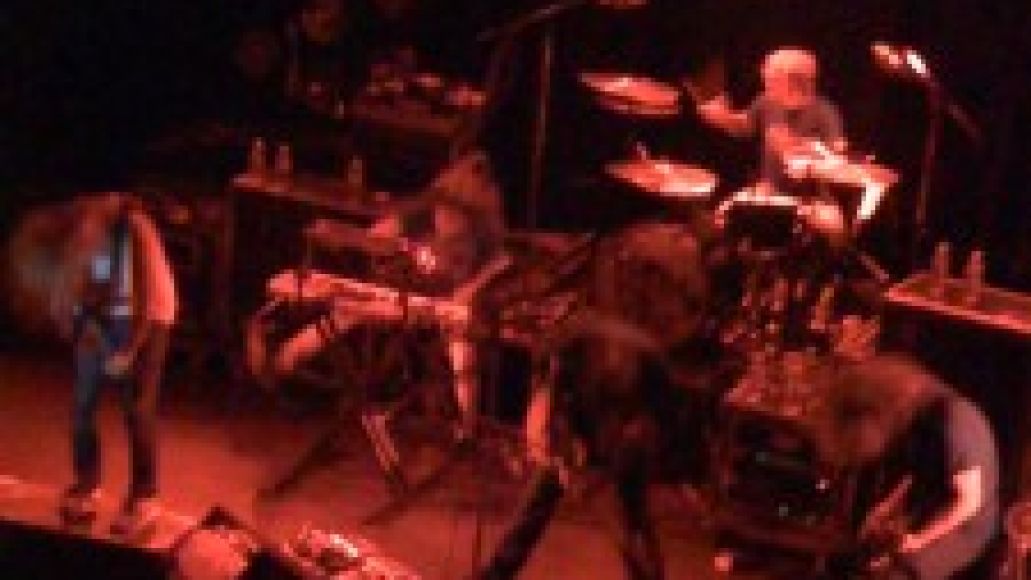 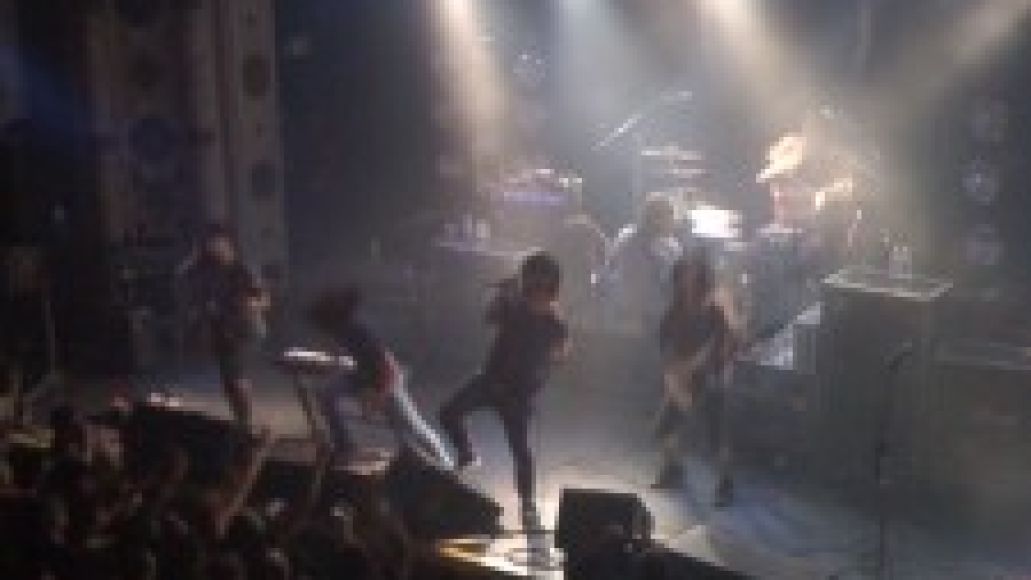