Filled to its 1,900-seat capacity, all of the Florida Theater guests anxiously awaited Wilco‘s first Florida show since March of 2006. Even though Wilco was considered the headliner for this event, the Theater was truly the masterpiece. Built over 80 years ago (and renovated in the ’80s), this venue originally held plays, shows, musicals, and feature films for audiences. Starting with the vintage “Florida” marquee, traveling inside to the baroque accented lobby, and finally inside to the vaulted Proscenium arch and faux balcony boxes, the theater exhaled a classic style rarely found in concert halls today.

Bon Iver, the opening band for the eastern leg of their summer tour opened the show around 8pm with mellow, falsetto harmonies reminiscent of Crosby, Stills, Nash, and Young, and fellow opening band (western leg) Fleet Foxes. Set up with two percussionists, and two guitarists, they quietly, under the collective audience’s nose, began musical builds that provoked the majority to slowly bob their heads in unison. As they finished their last song, they received a loud standing ovation rarely seen for opening bands. Expect to see more great things from this band soon.

As 9pm rolled around, the lights dimmed, and out stepped Wilco, dressed in normal attire (no rhinestone suits tonight). Tweedy stepped to the microphone, and drove into “(Was I) In Your Dreams” with the “Total Horns” backing the band up this evening. The band, maybe impelled by Bon Iver’s moody set, eased the crowd into their show with “You Are My Face”, “Side With the Seeds”, and a rare appearance of “Blood of the Lamb”. Their stage, littered with old amps and guitars, provided the sense that you were at a local small rock club or someone’s garage or basement. The unobtrusiveness of the decoration and lack of “high-tech” display added warmth and familiarity to the ambience. 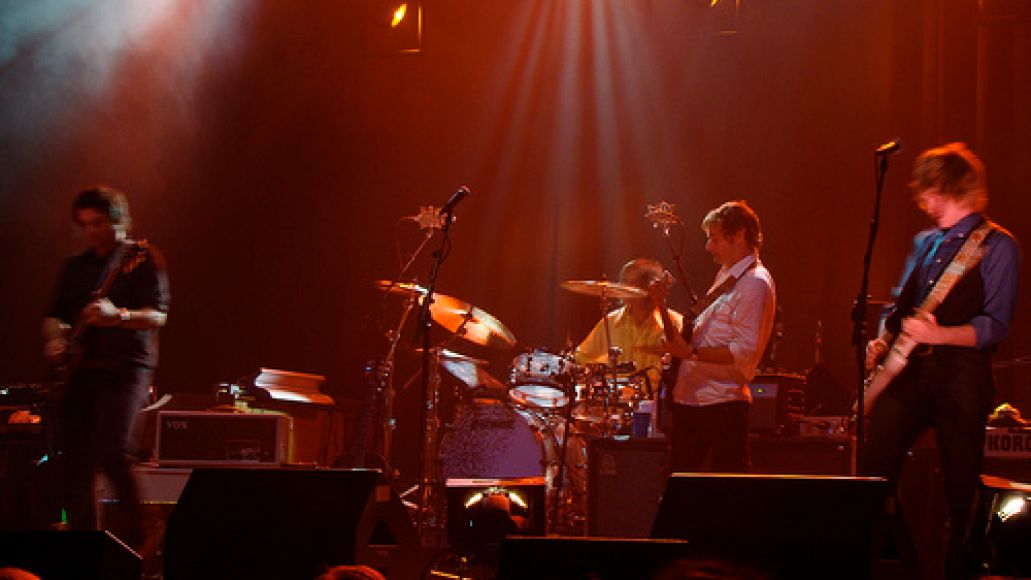 About thirty minutes in Tweedy finally greeted the Florida crowd with a snarky, “It’s so nice to be in Florida, yeah we know where we are”. Warming up to the crowd he confided in them he was happy to be indoors for a show and vented about the “leather jacket” wearing gnats his band faced up in Indiana.  A couple of fans screamed out to “have fun in Baltimore” and “see you in San Francisco”. Tweedy retorted, “Man, I just want to have fun tonight!  Anyone here want to have fun tonight? You all sound like my dad. He’s eating dinner and already thinking about what he’s going to have for breakfast. Just f__king chew man.” They then jumped into a loud, rambunxious, crowd sing-a-long for “Handshake Drugs” that brought half the crowd to their feet.

The main issue, even touched on by Tweedy, was whether to sit or stand throughout the set. During another song break, one fan called out for him to advise the crowd to stand. He laughed to himself and backed off getting involved, “I’m going to let you all figure it out.  I know you will do what’s right in the end”. A few songs later, Tweedy introduced their next song by gently encouraging the crowd “I think you might want to stand for this one”. They quickly dove into a blistering version of “Hate it Here” with the “Total Horns”. After this prodding, there were no “standing” issues for the remainder of the show.

“The Total Horns” provided a deeper, fiery sound that added extra punctuation and flare to choruses and other key parts to songs. Their inclusion provided that extra missing piece that you could always see 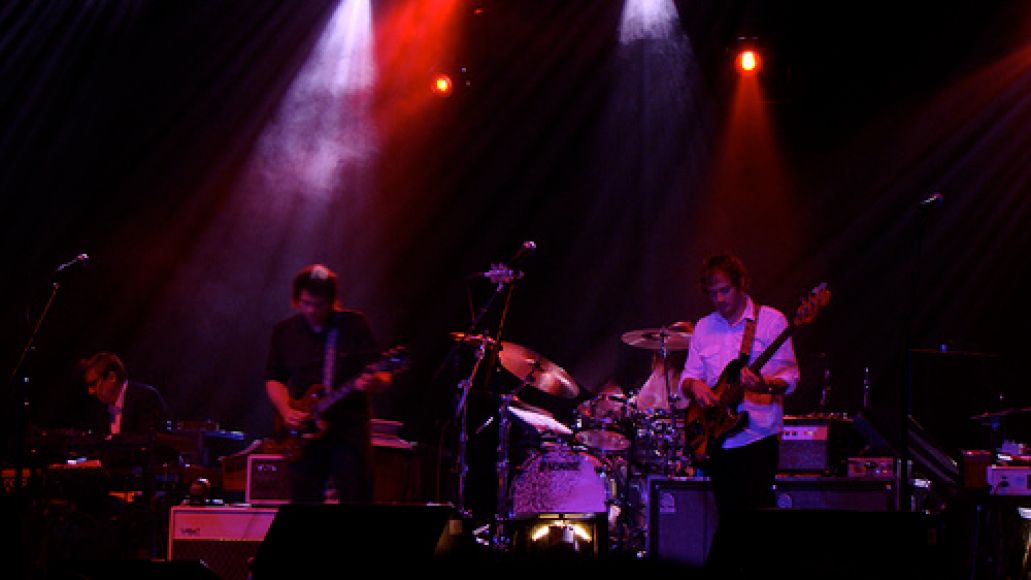 Wilco taking.  Nels Kline, provided multiple sick guitar solos that left the crowd jumping up and applauding. When he was let loose, Kline ripped through his guitar gyrating and pulsating, physically getting into the music.

The main highlight of the show was a close to fourteen-minute rendition of “Spiders (Kidsmoke)” that easily had to blow the soundboard controller’s head with the multiple sonically mesmerizing parts. The band would slowly lull you into an abyss of thought with a part and then attack you when you’re most vulnerable.  The crowd continued this song with an impromptu “clap-a-long”. Toward the end Tweedy remarked, “it’s all on you. It’s all on your shoulders now”.  The double etendre could have been interpreted for the crowd to keep the beat, or focusing on the impending 2008 election, where Florida is considered a “swing state”.  With the last lines of the song screeched out, “There’s no blood on my hands. I just do as I am told,” it leaves the listener to ponder.

Overall, the set list drew rather proportionally from their main albums with a few deep tracks sprinkled in for the veteran Wilco fans. Wilco has always been considered one of the hardest working rock bands in the world. Their two hours of blissful rock and roll was enjoyed by the young, old, hipsters, and hippies alike and stood as a testament to this statement. The legend of Wilco continues to grow exponentially. 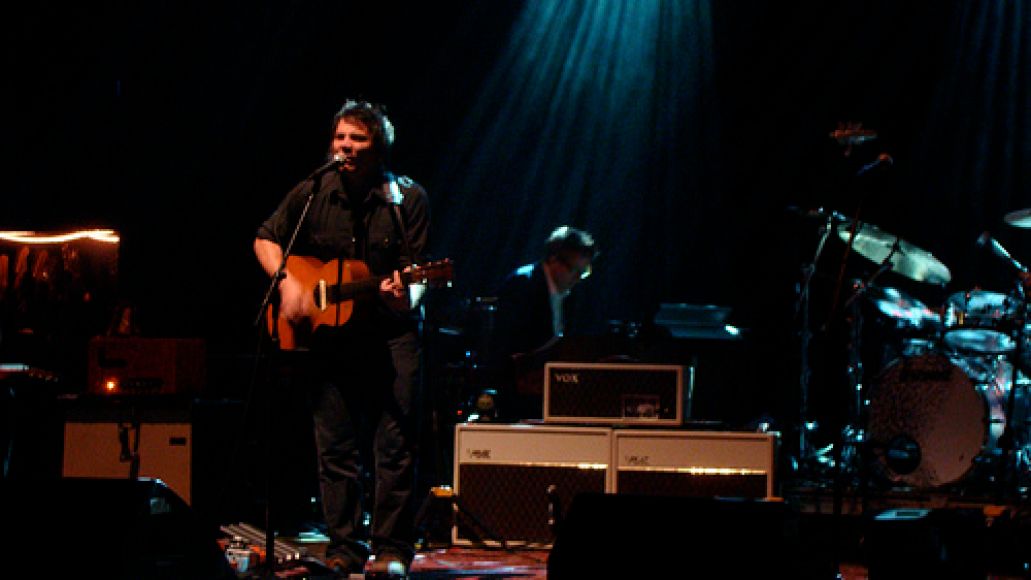 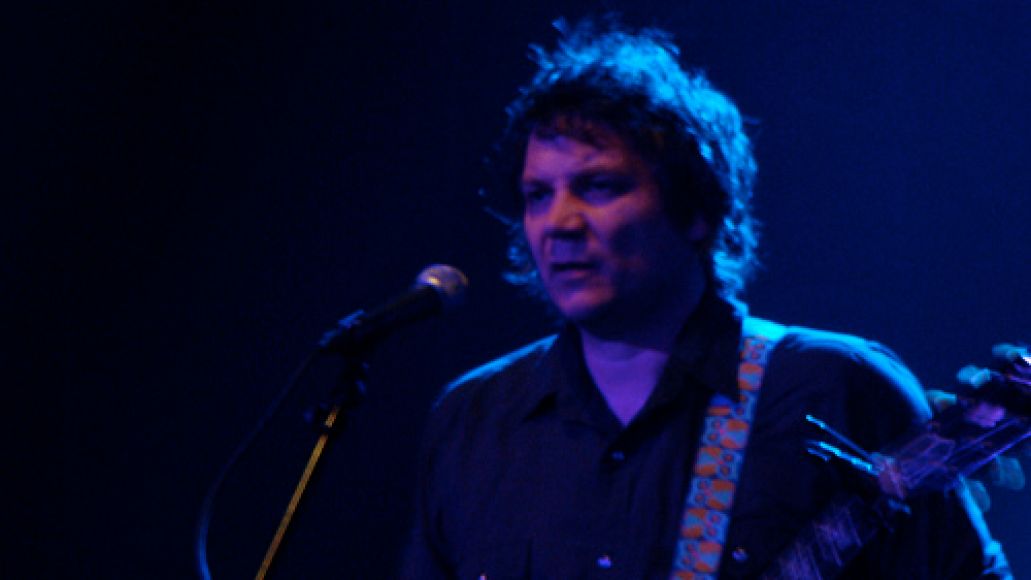 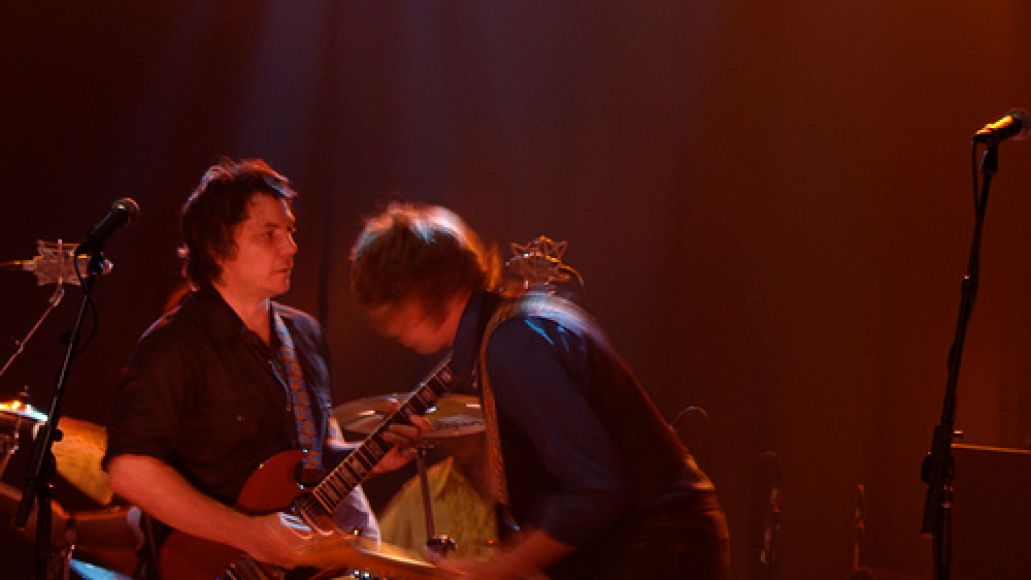