Andy Mackay is a rock star, plain and simple. In the past, he’s worked with Brian Eno, Thom Yorke, Jarvis Cocker, Bryan Ferry, Duran Duran, Mott the Hoople, Pet Shop Boys, and countless others. No one can really call him just a saxophonist, just as nobody can really call him solely a keyboardist, or a composer or even an author. Some may be okay with calling him a professional musician, and he is, but what an understatement that’d be. His influence runs wild, from England, the U.S. and across the rest of the world. The press might call him critically acclaimed and while true, that doesn’t really say it all, either. It’s unfortunate there’s not a big enough label for the guy, though that might explain why many have no idea who Andy Mackay is, what he really means to music and why he’s such an icon of rock.

Born in Cornwall, England in 1946 and then relocated to London one year later, Andy Mackay lead a seemingly quiet youth until the world of music grabbed him. At the age of just 13, Mackay became the leader of the choir at his music school in Westminster. One year later at 14, Mackay joined the London Symphony Orchestra and began his mastery of the oboe (yes, the oboe). At 19, he trained to become a classical musician at Reading University and picked up the saxophone. Only a couple years later he met Brian Eno at, of course, an experimental music concert at Reading and quickly the two formed a bond. A year later, Mackay started a local R&B combo, taught himself how to expand on the saxophone, studied avant-garde music, and received his degree in music, which he then returned to London. Pretty busy youth, some might say.

In 1971, Mackay met lead singer Bryan Ferry and, when impressed by his music collection, became a member of Roxy Music. Soon after joining, the band started playing shows in 1972 and within months was signed and releasing its self titled debut. It was clear the band was ahead of its time, with much credit to Mackay. When the band formed, Mackay brought along his synthesizer, with little intention of playing it, and remained focused on the sax and horn instruments. Eventually, it was Mackay’s friend, Brian Eno, who would take over the synthesizer and play with the band on its first few albums. That first album remains influential and at the time was called, “the best first album ever” by Melody Maker. Produced by Pete Sinfield of King Crimson, the album set up a style that would be present in all its discography. 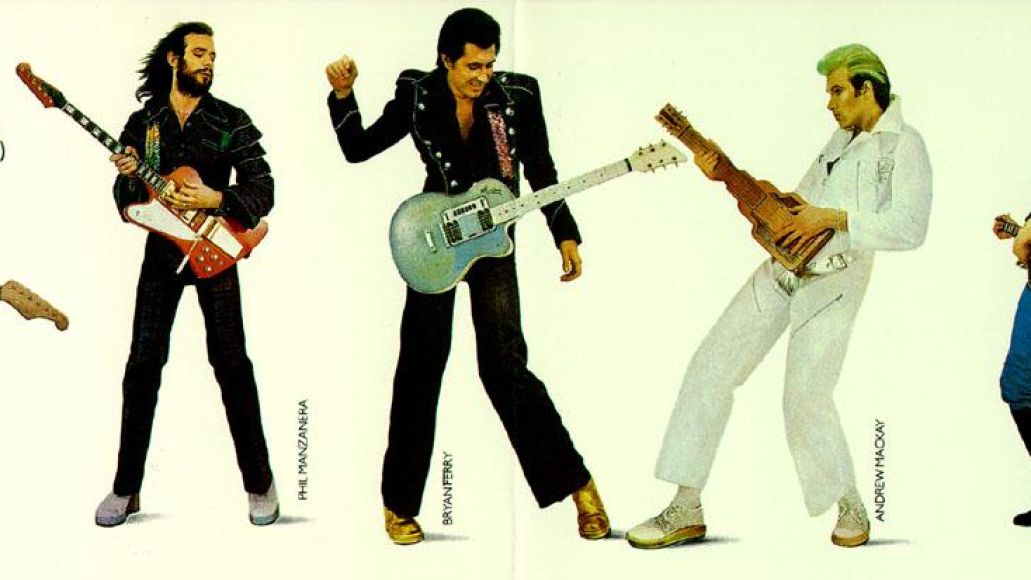 As a group, Roxy Music had a noticeable hierarchy. It started on top with avant-garde singer Bryan Ferry, continued with leading, experimentalist Brian Eno who pushed the limits, and sloped with Andy Mackay, who played that ‘all important’, ‘third most noticed’ guy in the band. With Ferry as the front man and Eno providing the tortured genius role (at least in the early years), Mackay developed an amazing stage persona. Nobody could miss his quiff hairstyle, which would be made popular by Morrissey and Joe Strummer in later years, or his clothing choices, which fell somewhere between futuristic alien and 50s rock and roller. The latter side, the rock and roller, would take over during shows, especially when he would mimic the infamous Chuck Berry duck walk, only instead of a guitar, he’d play his trusty saxophone.

As for his musical influence on the band, Mackay was an avid supporter of experimental and avant-garde music, always in full support of any tangent Ferry or Eno wanted to move into. His saxophone playing was also at such a high level of expertise that he was able to seamlessly integrate it with the rock sound of the group. Furthermore, his multi-instrumentalist skills were used as well, as he could play keyboard or oboe if needed. When Eno left Roxy Music, Mackay and close friend Phil Manzanera became the musical backbone of the band behind Ferry. While some would say Roxy Music wasn’t as experimental as its earlier days, Mackay’s influence can be felt on all its albums.

“I was more serious before I joined the band” 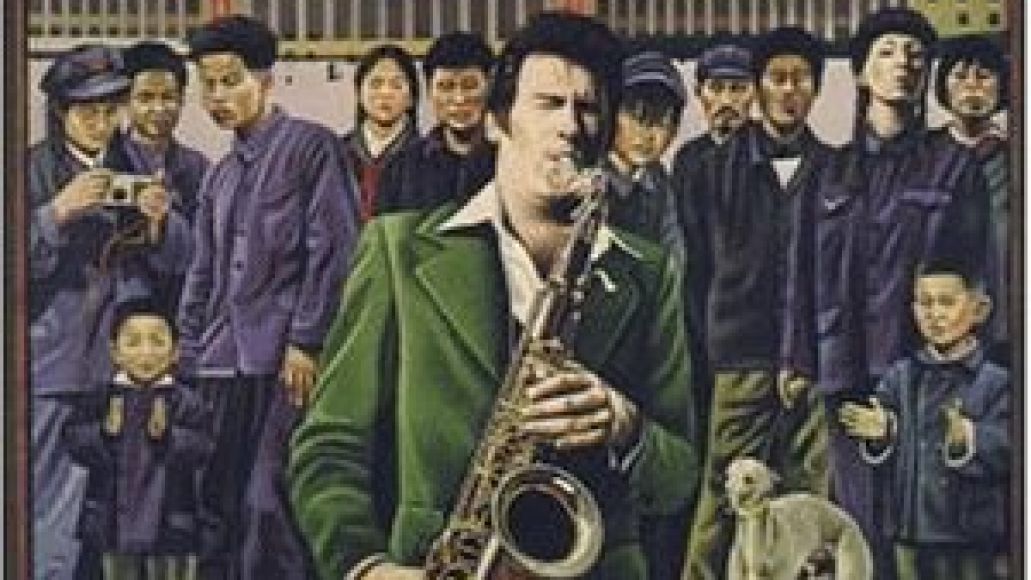 Of course, an icon of rock is more than a part of one amazing band. Mackay made two solo albums. The first was the instrumental In Search of Eddie Riff, which was largely based on all of Mackay’s influences, from classical to 50’s rock. His second solo album, Resolving Contradictions, was based almost entirely on his trip to China and features one of the more fascinating album covers ever drawn. On a side note, it also featured Paul Thompson and Phil Manzanera as guests.

Mackay would also work extensively on other people’s projects. In 1973, he worked on Brian Eno’s debut, Here Come the Warm Jets. Additionally, Mackay played sax on albums for Godley and CrÃ¨me, Arcadia, Pet Shop Boys and Mott the Hoople. While still in hot demand to play sax, Mackay also went on to form a group with Manzanera in 1983 called, The Explorers. The group itself seemed to be moreover an excuse to play and release music with his long time friend; however, their work together is generally high regarded. Unfortunately, it failed to compete in the mainstream with everything else released in the 1980’s.

“Probably because I always get distracted”

Even without Roxy Music and his solo work, Mackay would still be an accomplished person. Since 1975, he’s been involved in scoring and composing. His work on Rock Follies (BAFTA, Best Television Drama, 1976) led to a number one album for the soundtrack in the U.K. And to this day, he will still work on television and film projects in his native England from time to time. His writing has also drawn praise. In 1981, Mackay wrote, Electronic Music: The Instruments, The Music, & The Musicians, and since then he’s dabbled with a few other book projects. Currently, he is working with his new band Andy & The Metaphors and working on a possible new Roxy Music album. 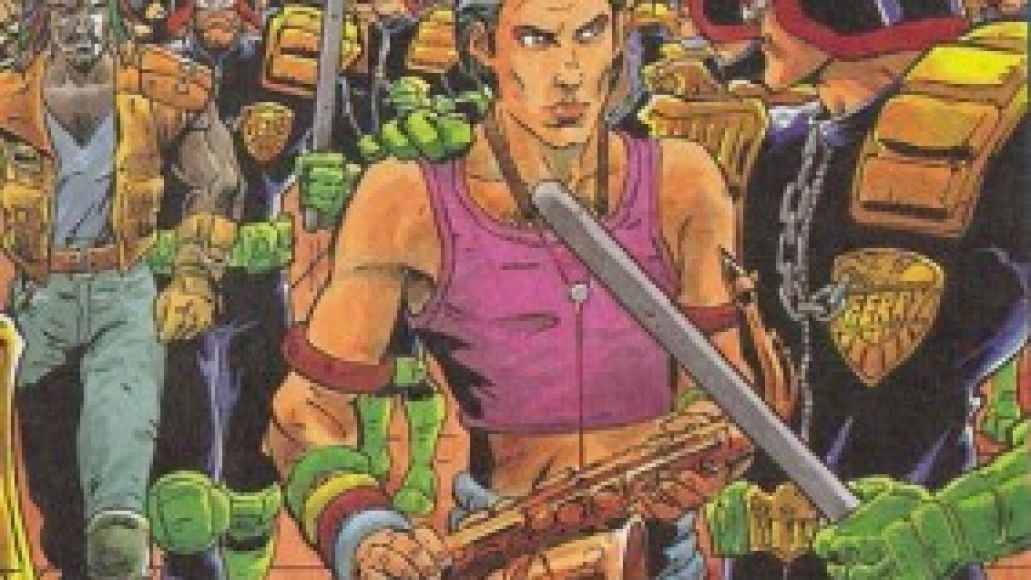 Although working within rock, nothing can be more rock and roll than walking away and doing something more important to yourself, and in 1988 Mackay did just that. Following his vibrant years in the 70’s and 80’s, Mackay went back to school and received a three year Bachelor of Divinity from King’s College London. While adding a sense of spirituality to his music, his time at school opened his ears to other types of music from Celtic and English folk all the way to poetry.

While accomplished, some might know Andy Mackay without even realizing it. His most recognized saxophone work is featured in Roxy Music’s amazing cover of John Lennon’s “Jealous Guy”, which was released after his death. And on a more serious note, Mackay did some work in 1998 when he recreated numerous Roxy Music songs for the soundtrack to Velvet Goldmine (Haynes, 1998). The songs featured Jarvis Cocker, Thom Yorke and others singing with Mackay on saxophone.

So while not a guitarist, singer, drummer, or other traditional music hero, Andy Mackay is by any measure, an absolute icon of rock. He modernized the saxophone. That literally is all that needs to be said. Mackay brought a saxophone into modern music and it’s used today in songs all the time. Without such an influence, this might not have happened. Taking a step back, one might see that Mackay was also a proponent of electronic instrumentation, nearly a decade before it really became accepted. To wrap things up, Mackay was practically born a musician. Between his time in bands, his solo work, compositions, and guest appearances, they each set him apart as a technical virtuoso, and one who even finds time to write, get a degree, and have a family life. Clearly Andy Mackay is more than icon of rock, but for now we’ll be okay with that label.

After all, he’s still alive and kicking.

Book: Electronic Music: The Instruments, The Music, and The Musicians

Song: “A Song for Europe” by Roxy Music

Song of the Week: SZA Goes Grunge on "F2F"