Quality female singer/songwriters, while they seem to be everywhere, are hard to come by. A good place to start looking however would have to be the UK. Another soon to be exported musician, Florence Welch, also known as Florence and The Machine, has been making music across the pond for some time now. As of this summer, she cleaned up at a few of Europe’s top festivals such as the Reading and Leeds weekend, and now she’s setting her sights on the old colonies, hoping to spread her infectious and blunt tunes into our ears.

Often incorporating other musicians such as Lightspeed Champion’s Dev Hynes in her live performance, 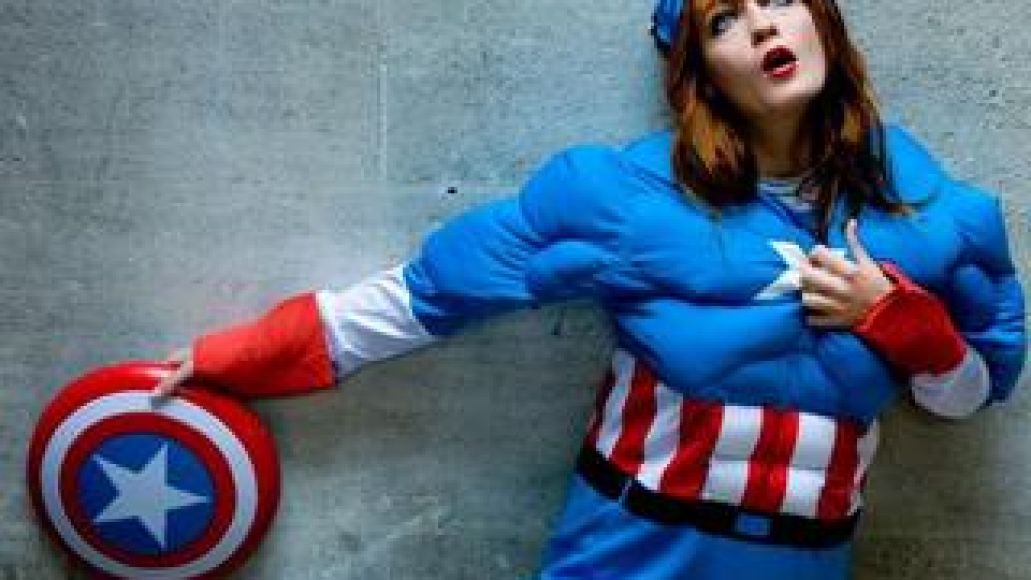 Welch has created an American influenced sound that goes from light and ironic indie pop (“My Boy Builds Coffins”) to abrasive punk inspired power ballads (“Bird Song Rehersal Version”) without batting an eye. Her first single “Kiss With A Fist” combines the bitterness of Alanis Morrisette with the style of Kate Nash and Blondie. Quite a combination of women I know, but give her a listen and you may be pleasantly surprised at the originality of songwriting. There’s plenty of variation between tracks that are brutally personal with out taking themselves too seriously.

Welch’s vocal chords are well seasoned and she is never afraid to use them to their fullest, such as on ‘Between Two Lungs”, where she holds those notes long and loud–impressive to say the least. I wouldn’t be surprised to see her Kiss With A Fist EP land her on late night T.V. in the near future. As for now, you will have to wait to see her live in the States as she is mostly touring in England with a stop at the Airwaves Festival in Iceland being the closest she will be to us over here. But do not fret, by the sounds of it, Florence Welch and her Machine will be over to tour in the states some time soon.

Check Out:
“Girl With One Eye”

Listen: Florence and The Machine