Much can be said about Ben Fold’s performance at New York’s Terminal 5 yesterday evening. It was an all-age spectacle of brilliant piano rock and equally catchy lyrics behind the vibrant scene of colorful strobe lights and life-size frowny faces. It was two hours of sing-a-longs, “oohs and ahhs,” and choruses of humorous, vulgar-filled melodies among a collective feeling of fun and awe. It was everything one would expect from the man whose reputation is one part musical brilliance, one part eccentricity, and a performance that made you laugh, cry, and exemplified just why the North Carolina born singer/songwriter has caught so many ears, captured so many minds.

But by night’s end, it wasn’t what Ben Folds did that made his performance so memorable, it was how he did it. As the 42-year-old graced the elevated stage to the applause of 3,000 music happy New Yorkers, who packed the three levels of the ginormous Terminal 5, intimacy was far from presented. Supported by the backdrop of a dull blue curtain, which surely hid just another hollowed out area, and the unfriendly barricades separating the musician from his adoring fans, Ben Folds was faced with the daunting challenge of performing his fan-friendly selections in one of the city’s most unwelcoming of venues. For the unfortunate ones who had not showed up early enough, Folds and his accompanying outfit were little more than specs on stage, performing muddled sounds on what appeared to be miniature instruments. Add to the equation that many of the selections composing the 26-song set were taken from his brand new album, Way to Normal, which many present were still quite unfamiliar with, and the concert had all the makings of a recipe for disaster.

Fortunately, Folds is as good a showman as he is a musician. As the final chords of set opener, “Way To Normal” rang from Terminal 5’s mammoth overhead sound system, the tried and true Carolina, draped in a black t-shirt, khaki pants, and his characteristic black, nerdy-approved glasses, offered a bit of Southern hospitality and began to explain what would be witnessed over the next two hours. “We’re going to play a lot of new songs and old songs. The one you just heard was a new one, but it’s not on the new album, even though it shares its name. The next one [Brainwascht] is, but don’t worry. We’ll explain more along the way.” 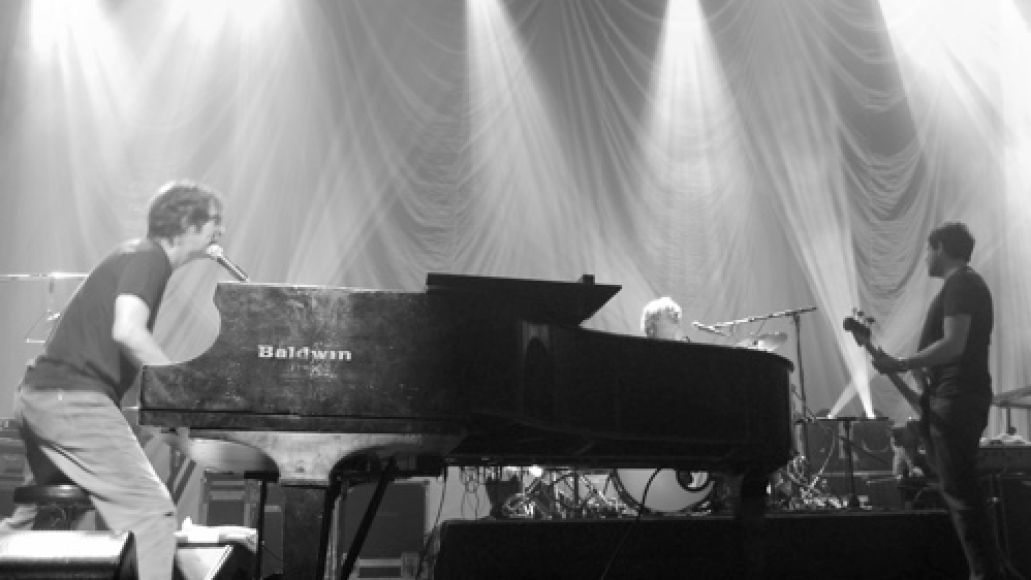 There was much explaining throughout the next 75 minutes or so. Playing a mix of both real and fake Way To Normal tracks, Folds introduced each song with an description of its validity and what exactly it meant. Obviously more than a few, “non-nerds,” as he would call them, didn’t comprehend how or understand why the crafty pianist had created two brand new albums, but only one of them was to actually be considered real. However, by the time the head-popping piano crescendos and Fold’s humorous words flowed throughout the air, what the song was or where it was from didn’t matter all too much. Instead, it was the task of taking in these brilliant foreign sounds that became the central issue at hand, and trying to figure out their rhythms so toe taps and collective claps could be offered in response.

The new selections lightened the mood, captured minds, and brought a daze of tranquility among the bland dullness of the overwhelming venue. Even those in the furthest depths, the ones who saw nothing more than a speck singing about coffee utopias and falling off a stage in Hiroshima, found themselves laughing, caught up by Fold’s sheer enthusiasm and gripping narratives, rather how just depressingly far away they may have been. But ultimately, it wasn’t the second part of the set where Folds balled up these emotions and made Terminal 5 feel like the size of a living room than warehouse.

The eight-song encore saw Folds dish out the old favorites. The cool pounding chords of “Bastard” brought out an all out frenzy, while the stunningly beautiful “Still Fighting It” surely prompted a few tears. By the time Folds and Co. rolled into a rendition of the Ben Folds Five classic, “Army”, the audience was at the pianist mercy, singing along like it was scripture. You can only imagine what the scene was like when “Rockin’ The Suburbs” and “Not The Same” followed. 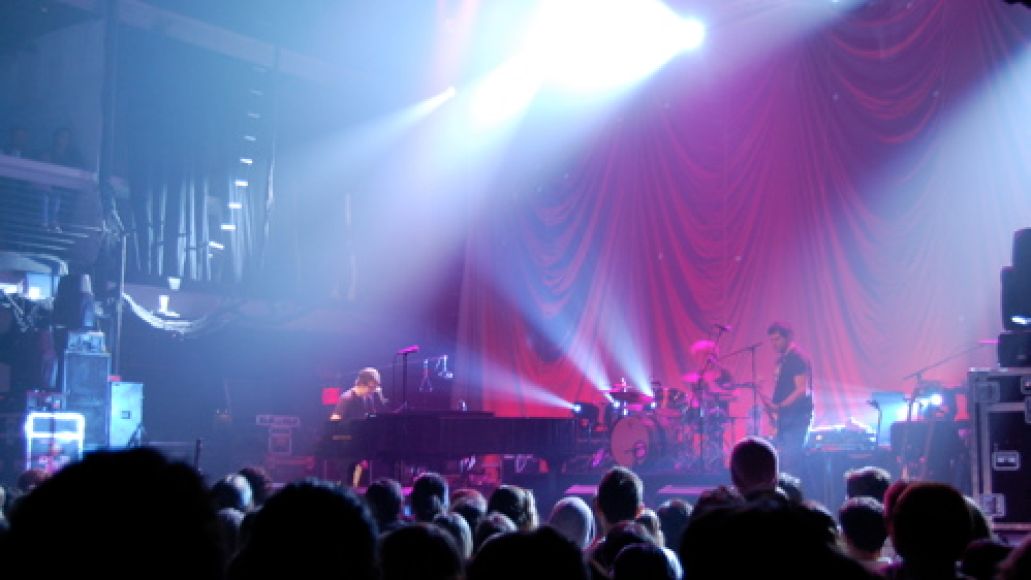 So it came as little of a surprise that an all out riot almost ensued when the house lights began to brighten when Folds exited the stage for his second and, at the time, planned final time. Calls for more and a chant of “Let Him Play” echoed out any attempts by the helpless Terminal 5 staff to adhere to the mandatory 11:00 p.m. curfew. Within seconds, Folds returned with a hilarious impromptu of “Hava Nagila” before leading his band into “Philosophy”. No matter where you were, high or low, in the back or in front, Folds had captured the 3,000 on lookers and brought them all to one, up close and personal seat. He had shrunk Terminal 5 to a size that was little bigger than his piano, and offered a performance that, regardless of the setting, is a few and far in between. 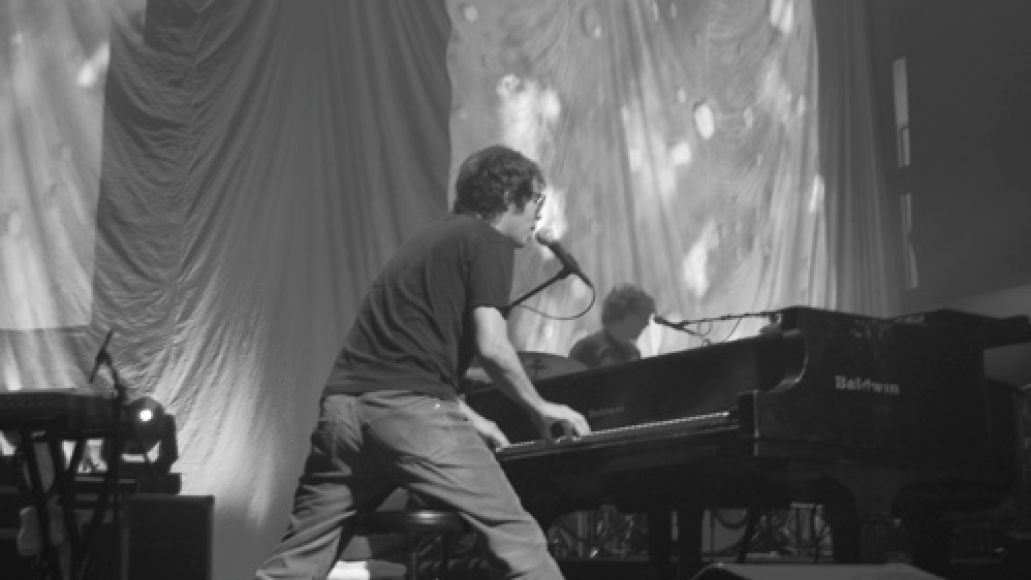 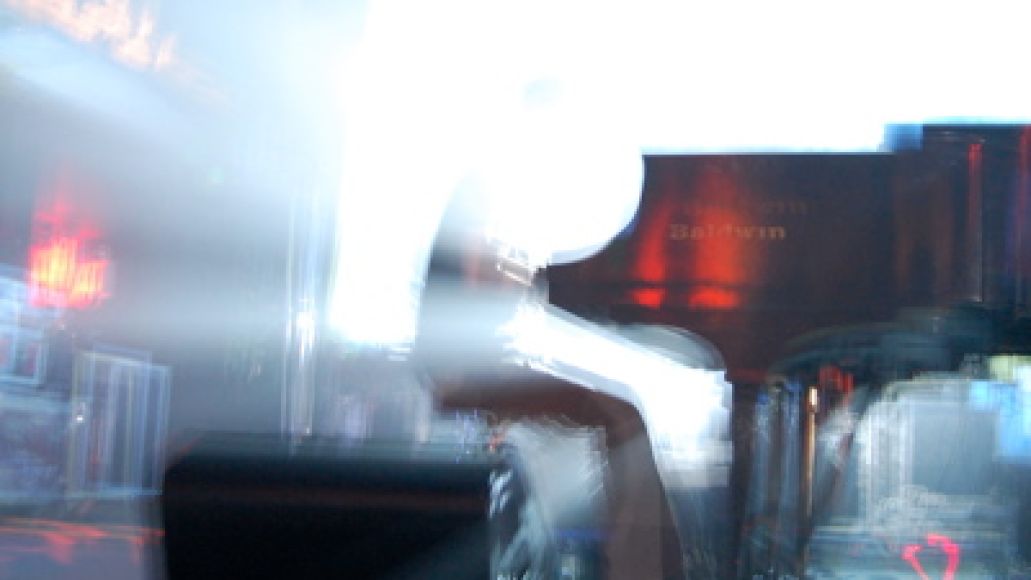 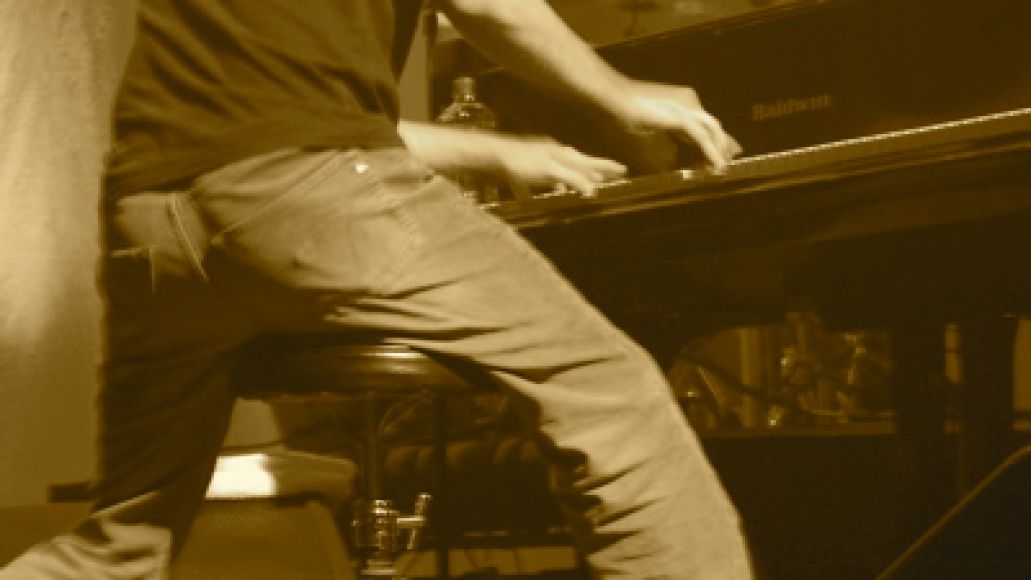 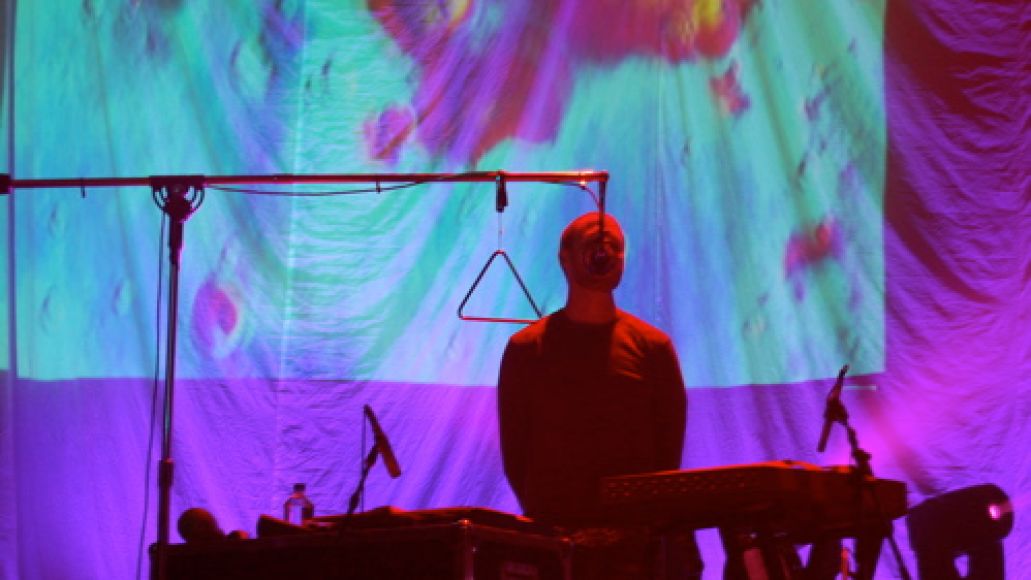 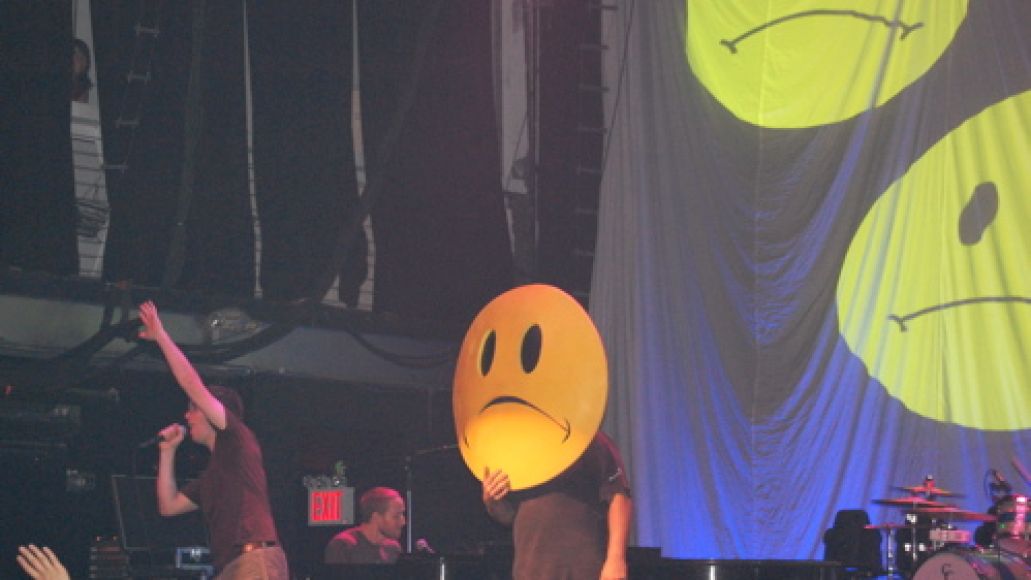 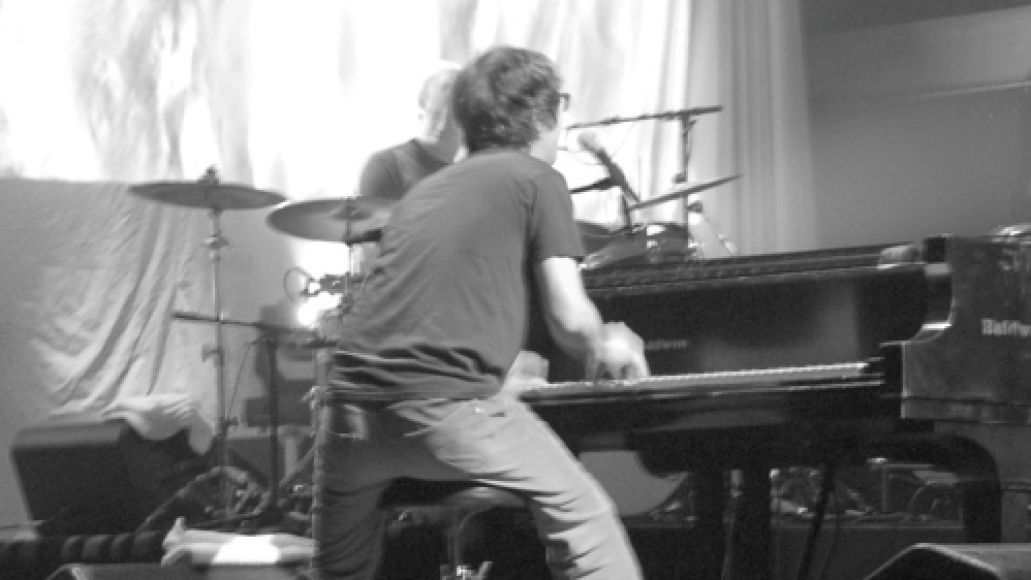 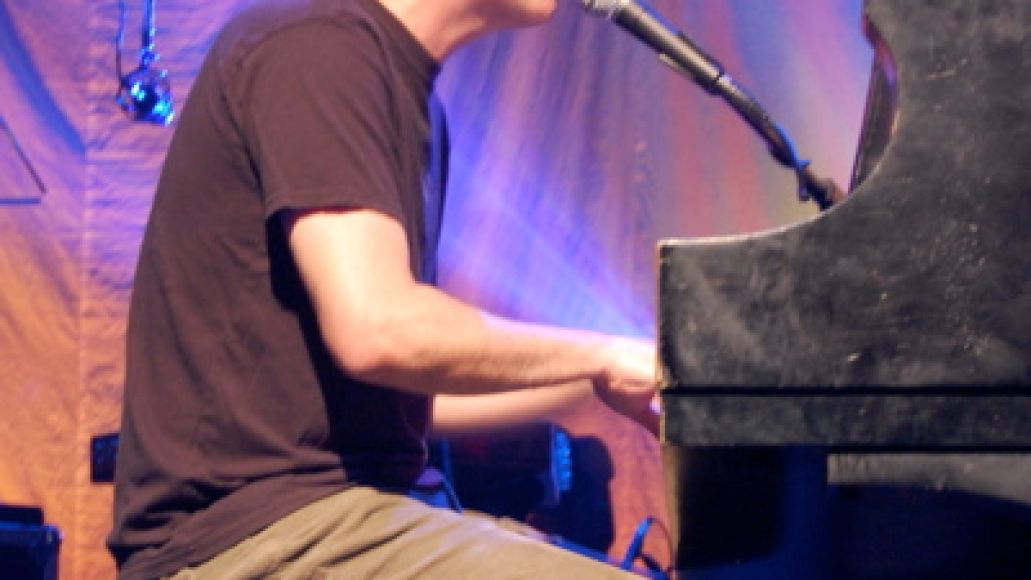