We get press releases and listen submissions every hour of every day. Most are your standard, “hey, (fill in the blank) just released (fill in the blank). You should really check it out!” A bunch of quotes from a bunch blogs follow, then another plea to listen, topped with a few tour dates and mp3s. By no means do I have anything against these requests – after all, CoS openly embraces them – but after a while, the emails start to pile up and ultimately look one in the same.

Usually. Then there are cases like the email we received last week about the New York City trash duo better known as The Gay Blades. It fit the aforementioned description, advertising the group’s recently released debut album Ghosts before listing dates for its upcoming North American tour, which kicked off last weekend at CMJ. But then I stumbled onto this line, one taken from Alternative Press’ review of the band’s debut album: “…‘O Shot’ ranks among the best songs the Arctic Monkeys never wrote.”

Alright so it’s your standard one liner, but considering I have an unhealthy obsession with the Alex Turner 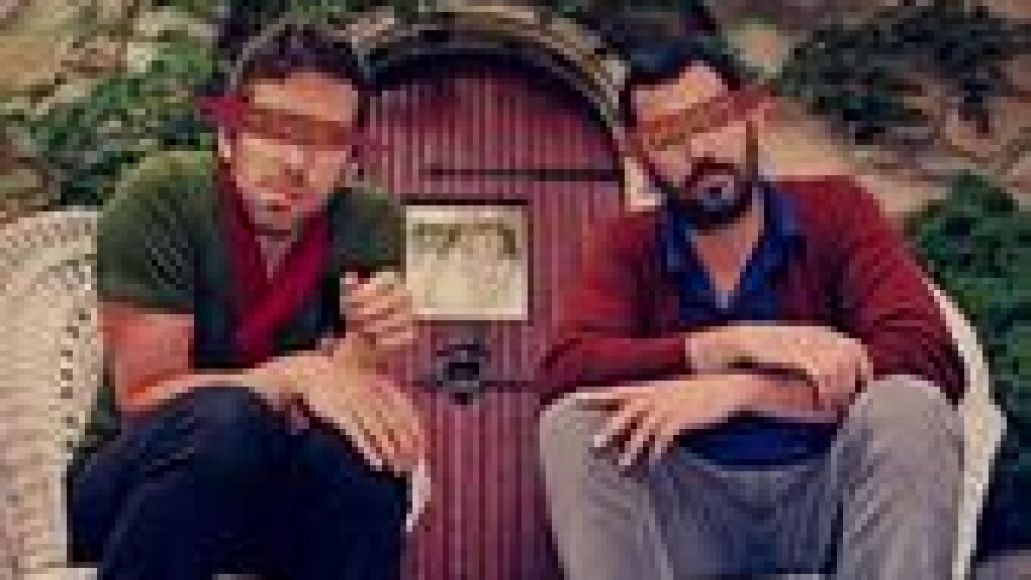 led outfit, I figured I should give these Gay Blades an immediate listen.

While I wouldn’t go as far to deem “O Shot” or any song off Ghosts as one of the best the Arctic Monkeys never wrote, I do admit that the duo of singer/guitarist Clark Westfield and drummer Puppy Mills are damn talented. They aren’t heavy as the Monkeys, nor is their style as diverse. But with a sound crossing The White Stripes and Queen, guitar rifts that would impress even Jack White, and lyrics that examine the strange wonderful subculture of hipsterness, The Gay Blades create music that exudes energy and brings about “wows.”

The self-proclaimed “trash pop” outfit certainly lives up to its description on the recently released Ghosts, an album that while full of dirty guitar and suffocating bass, still manages to be as catchy as anything you’d fine on today’s Top 40 radio station. Songs like “Oh Shot” and “Hey She Says” lead the ways with infectious melodies and refreshing vocals – the type that are as pleasing on the ears as any boy band act from in the 1990s, but with a bit of Ted Leo spunk. On “Dog Day Afternoon” and “Compliments Can Kill” see The Gay Blades mix things up with more Queen-like, rock ballads.

Westfield and Mills have yet to produce a song on the Arctic Monkeys level, but that’s not because they are any less talented, any less creative. The Gay Blades have a different sound, a different approach, and a different style, which is vastly different from the Arctic Monkeys let alone most other bands out there. It pleases the ear, teases the mind, and leaves you wanting more, offering enough pop to take to your Top 40 listening friend and enough punk to maintain your hipster cred.