For a late Sunday evening, it sure was a wild one in Chicago last night. Of course, it goes without reason that everyone jumped at the chance to dance it up with one of pop music’s greatest entertainers, Madonna, who’s on her eight concert tour, this year’s Sticky & Sweet Tour. Legends come and go in Chicago every day, but this particular starlet drew in as many as she could. On her first night of two in the Windy city, the Michigan (now British) native brought a sold out crowd to its feet and told ’em to shake what their mother gave ’em.

It just happened to take some waiting.

Originally billed to start at eight o’ clock, the show didn’t roll out until a good fifty-five minutes later. This brought some tension to an audience primarily comprised of thirty and forty-somethings, all donning their favorite costumes from Madonna’s sprawling videography. Most, if not all, had work in the following morning, and the prospect of waking up with a hangover, some smeared make up, and ripped fishnet stockings might not have seemed so pleasant. Madonna or not, a late show is still a late show, and many were getting a lil icy.

Though when the lights came down, thousands of arms went up and the ice melted. Walling in the stage, three digital screens projected a gumball racing down some meandering mechanical hallways, splitting the screens in two’s, then three’s, and then four’s, all of which shattered the walls away from the stage and into the air. The first opening notes of “Candy Shop”, off of this year’s Hard Candy, shuddered, bringing out the mythical pop queen, complete with a top hat and a thrown to sit upon. Her devilish smile curled up and within seconds she was out on the stage, which had quickly become a dance floor.

Surrounded by the best of the best of today’s dancers, Madonna gyrated lightly to the rhythmic beats composed by Timbaland only a year or so ago. Sexy is an understatement, and as her clothes came off, the wild screams 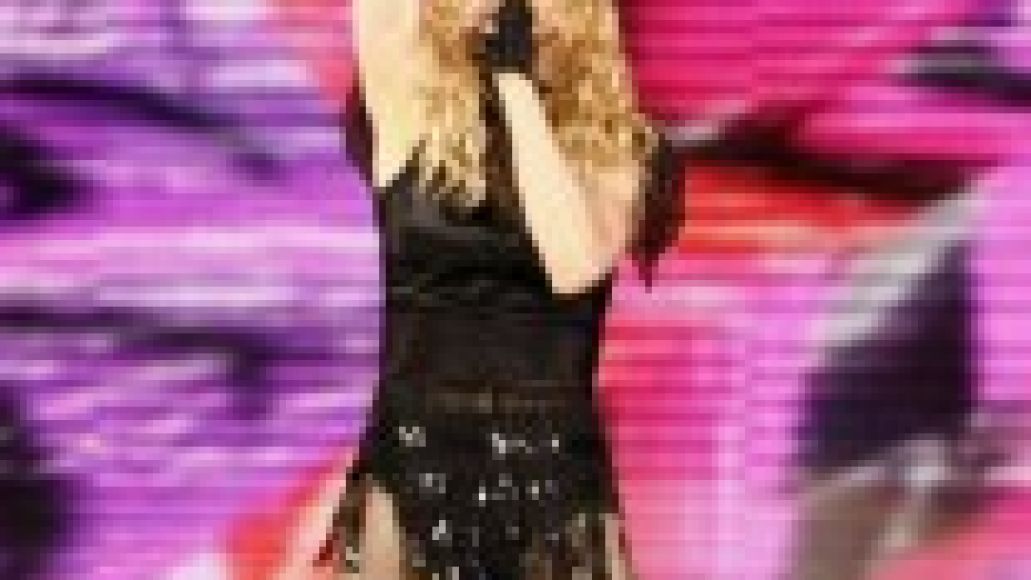 of her fans, both male and female, emanated loudly. She may be fifty this year, but to everyone else, she’s still the lil’ “material girl” from decades before.

By the second song, “Beat Goes On”, it was clear that this was going to be one hell of an innovative show. For an album with so many collaborations, everyone from Justin Timberlake to Pharrell Williams, it would be impossible to expect any one of them to accompany Madonna on tour. Fortunately we live in the digital age, and any collaboration that Madonna’s had in the past has been recreated… on screen… digitally reproduced. (Note: This is when you say, “That is too fucking cool.”) In the second song of the set, a digital Kanye West joined Madonna on stage, rapping along as the singer flipped and bounced on the floor. Later on, she had a duet with Britney Spears, who sang from the floor of an elevator, and danced alongside Justin Timberlake. Wipe that mouth, you’re salivating!

Innovations persisted throughout the night. As if to give the girl some time to breathe, many of the set’s cuts were laced with video segments, yet were always accompanied with live entertainment. During “Die Another Day”, the former Bond song, two dancers dressed as boxers came out and dished it out while a filmed Madonna sung behind them. All of them were pretty cool, despite the very preachy “Get Stupid” segment, which happened to shove liberal propaganda down everyone’s throats. Political implications aside, it still managed to be a clever and interesting segment.

What was even more fascinating was how different some of the older classics sound on this tour. “Vogue” was played over several beats off of Hard Candy, “Into the Groove” carried a 90s flair, and “La Isla Bonita” nearly brought back that energy from a year ago, when Gogol Bordello joined Madonna on stage at Live Aid. Even more recent hits sounded new and fresh. With 2005’s hit single, “Hung Up” (off of Confessions on the Dance Floor), Madonna saved the memorable dances for the videos, and instead, opted for the guitar, where she played more like a grunge rocker than a pop diva.

Noticeably, the night was heavy on Hard Candy material, but the audience didn’t seem to mind. In fact, most people reacted to the new songs with open arms, specifically a wonderful rendition of “Miles Away”, a sexy take on “She’s Not Me” (featuring the undressing of Madonna lookalikes), and an epic, rousing closer of “Give it to Me”. Even so, the ol’ gal kept hip to her oldies, pulling out a soft performance of “You Must Love Me” (off of the 1996 soundtrack to Evita) and a short lived rendition of “Beautiful Strangeer” (off of another soundtrack, 1999’s Austin Powers & The Spy Who Shagged Me). These were moreover gifts than preferences of the singer. 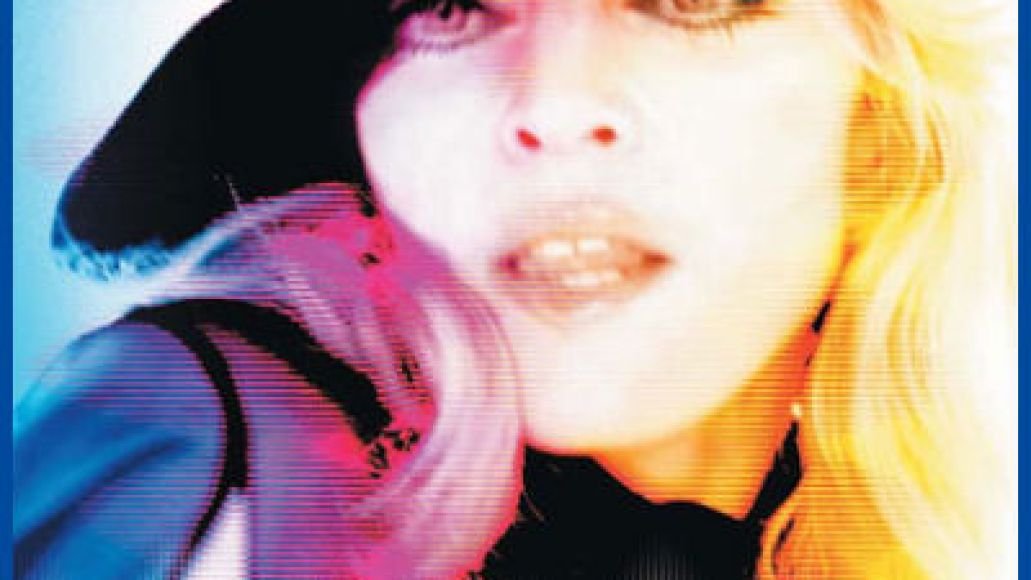 As the blonde shift shaper brought out popular hits like “Ray of Light” and “Music”, both fairly recent tunes, something came to mind. This is a singer who’s reinvented herself so many times that she’s still considered relevant with every addition to her career. Of course, her fan base has forgiven her for 2003’s abysmal American Life, but even then, she was embracing ideals and politics that nobody in her genre would ever dream of writing about. It’s that ambition and curve ball ethic that has brought Madonna away from the genre, making her less a performer and more of a commodity. In all honesty, she is perhaps the most powerful female entertainer in music history, and it’d be quite the challenge to find someone who might eclipse her. That’s something to sleep on, huh?

Her spectacular show aside, seeing Madonna is an opportunity in itself. She’s certainly something, and whether anyone will ever be able to define what that “something” is, well, that’s for time to tell. However, if this shoddy review is anything to go by, she’s still one of the biggest powerhouses in music today, and for those groaning and complaining about the one hundred to four hundred dollar concert tickets… well, take a hint.

There’s more here than meets the eye, and that in itself is priceless. 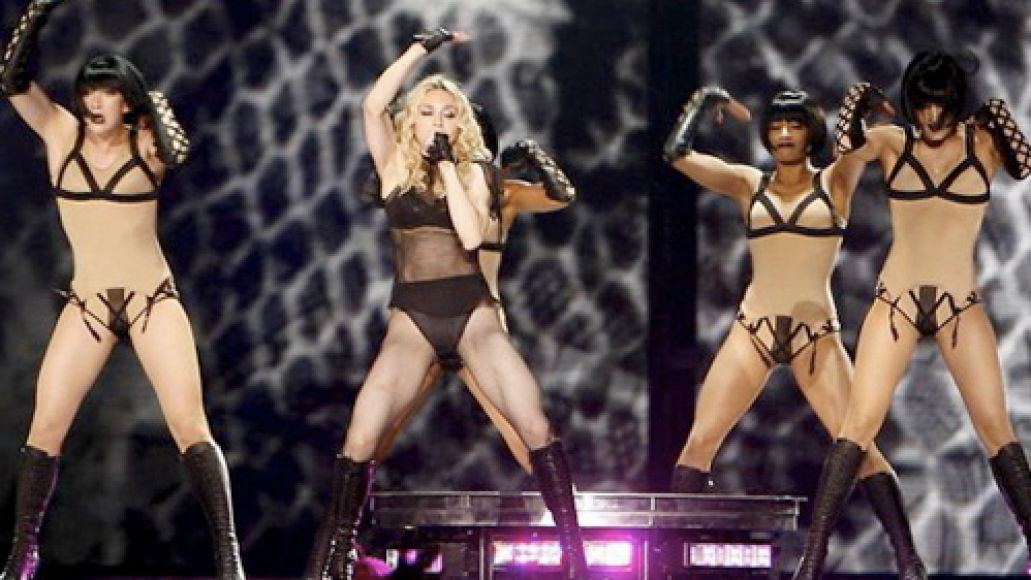