With the amount of attention the charming gals of Uh Huh Her have been racking up recently, thanks to appearances on MTV’s The Hills and singer/bassist/keyboardist Leisha Hailey’s recent stardom on Showtime’s The L Word, the Los Angeles based group appears to be off to a very good start. Now embarking on in its first full U.S. tour in support of its recently released debut album, Common Reaction, Uh Huh Her face its latest challenge: replicating the group’s stellar sounds in a live atmosphere. However, on Friday the electro-pop outfit waltzed into Norfolk, Virginia’s hotspot The NorVA completely as ease; adorned in fake tattoos, hopelessly adorable outfits and ready to rock out!

Approaching the venue, one couldn’t help but notice the overly zealous Christian protesters in the surrounding area, which seemed somewhat fitting considering the large demographic of lesbian attendees that evening. It became immediately apparent inside that the majority of the audience were fans of The L Word and the room slowly filled with budding lesbian couples and the like, for one hell of a girl’s night out! 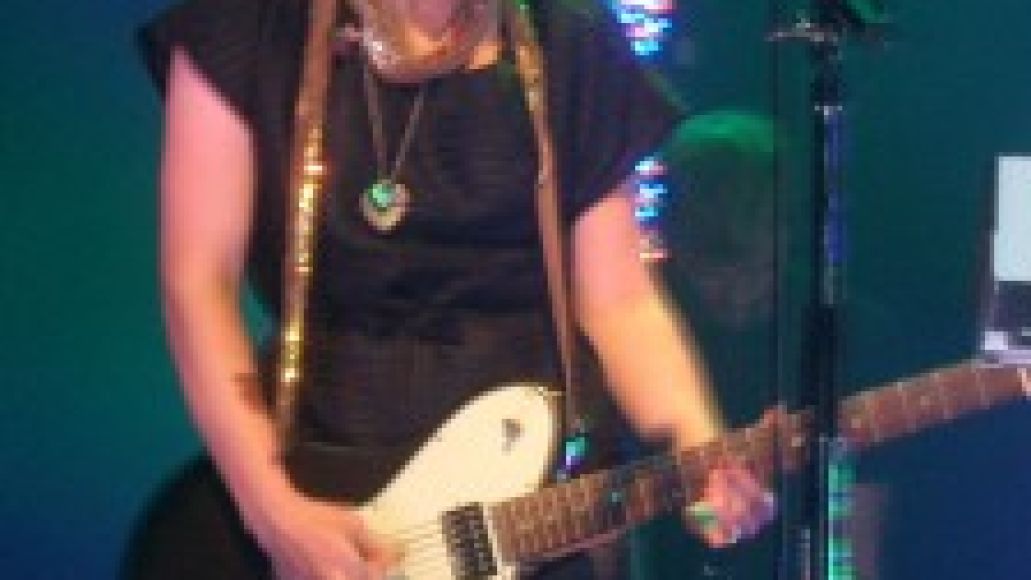 After sitting through two mediocre opening acts, the crowd was getting overly jittery and full of anticipation just thinking about the main event. As the time drew closer, the audience engaged in an “Uh Huh Her” chant, while the stage crew finished setting up the stage. Moments later the chanting was overwhelmed by ballistic cheers as a thick fog descended from the stage and Hailey and Camila Grey gracefully stepped out of it.

However right off the bat, the duo threw a change up, kicking things off with “I’ve Had Enough”, a brand new track that offered a glimpse of where the group may be headlining in its next studio album. The song was met with positive reception, but nothing compared to what was heard when the the wavering sounds of “So Long” and “Run”, an older song from their EP I See Red, rang aloud to follow. Throughout the show, Grey and Hailey were very charming, making sure to mind their P’s and Q’s, while reminding us all how happy and surprised they were by the packed club claiming, “You are our best crowd yet Virginia!”

Later on, “Explode” with its deep, drony synth and simple piano melody made for the main highlight of the evening, only to be followed by a personal favorite, “I See Red”. which carries a subtle touch of The Cure in its guitar melody. Grey was the talker during the show, taking breaks to add in tidbits about the songs; announcing the first song she ever wrote “Say So”, and the group’s favorite song to play, “Wait Another Day”.

As midnight approached, the band was running out of songs and chose to wrap things up with a rendition “Dance with Me”. However, it took less than a minute before the clamors for an encore forced Uh Huh Her on stage once more. Things were closed out for good with their hit single “Not A Love Song”, a song that capped left one last punch. 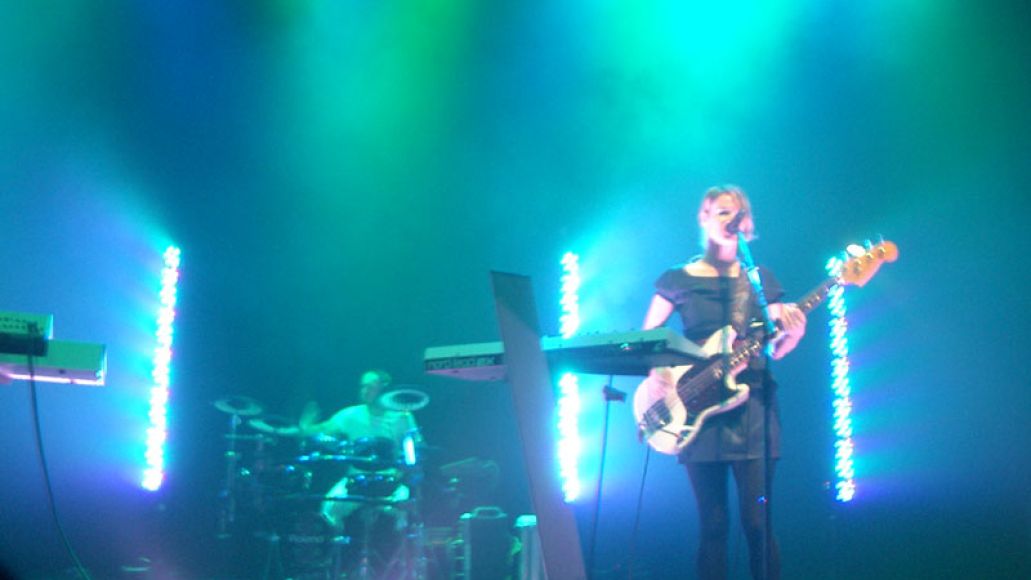 Considering the extremely short life of the band, Uh Huh Her wrapped up its set in about a hour, while managing to dish out every single one of its songs. However, despite the limited amount of songs in their repertoire, Grey and Hailey managed to express phenomenal musicianship as they played their cheery electro-pop that carried a dazzling and sparkling sound filled with menacing guitars, ethereal vocals and spacey synthesizer sounds. Although Hailey’s character, Alice Pieszecki, may be difficult for her to escape from, I sincerely hope the talented group will transcend Hailey’s television persona before The L Word’s sixth and final season wraps up next year.

Uh Huh Her’s tour has certainly proved promising thus far. The band’s stop in Norfolk on Friday not only demonstrated the band’s exuberant talent, but its impressive amount of preparedness  So, if you are looking for a good time or an excuse to get out of the house, look up Uh Huh Her in your local area and get ready to rock out with these gals that aren’t afraid to please. 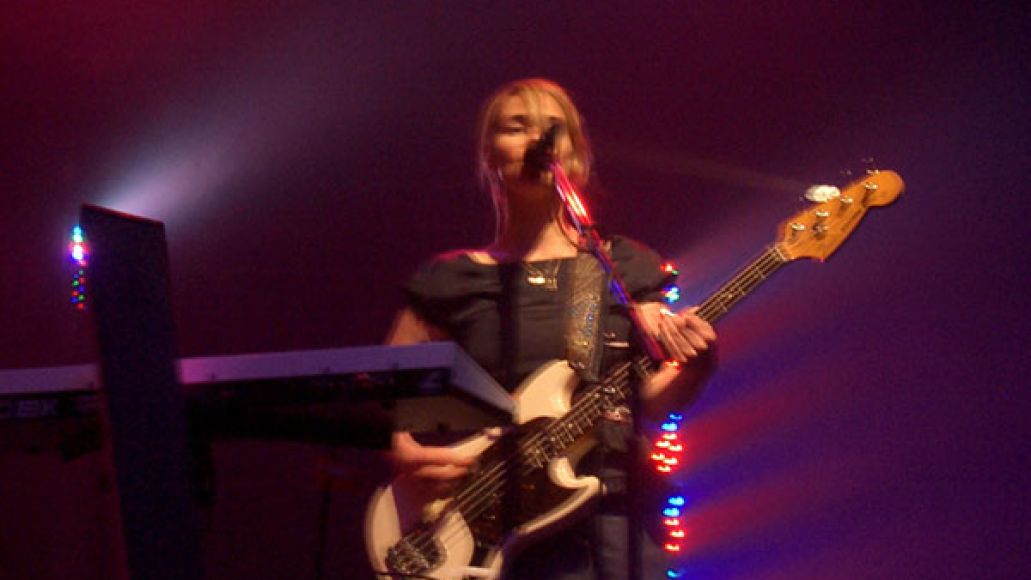 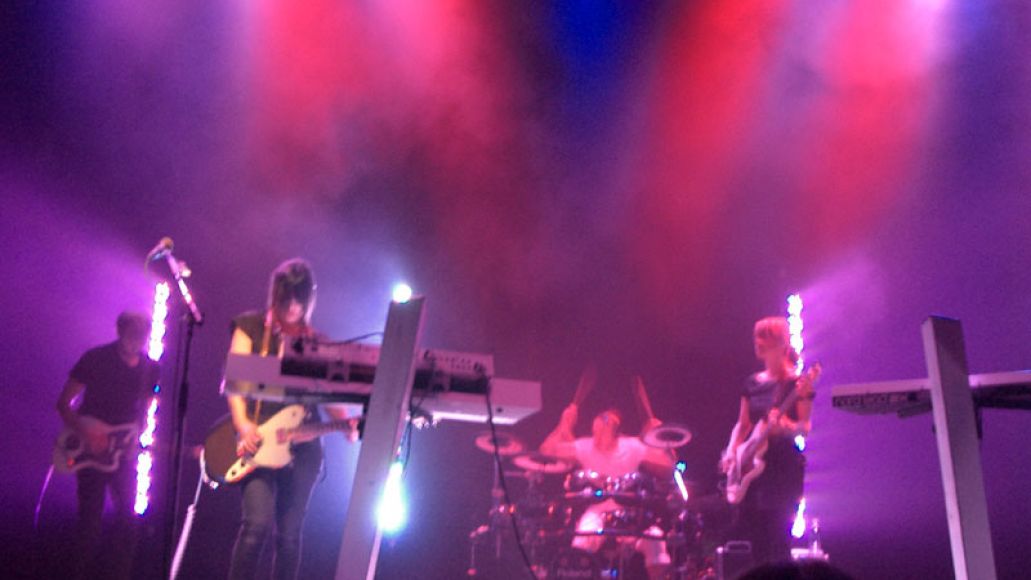 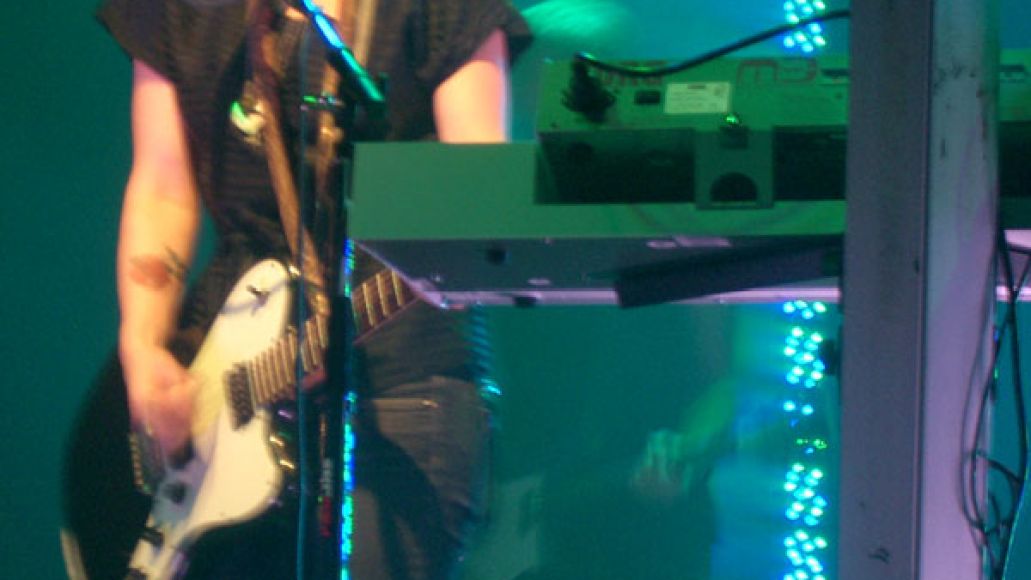 Set List:
I’ve Had Enough
So Long
Run
Covered
Mystery Lights
Explode
I See Red
Common Reaction
Everyone
Say So
Wait Another Day
Away From Here
Dance With Me
Encore:
Dreamer
Not A Love Song