New York’s In Cadeo has been working hard for the past few years, and it seems to be paying off quite nicely for Brooklyn outfit – just recently, they’ve been spotted by NPR and Relix to name a few. To garner this kind of attention, Dan Neustadt (Keys, Vocals), Travis Tonn (Bass, Vocals) Jared Scott, (Guitar, Lead Vocals), and Pete Sustarsic  (Drums, Vocals) have crafted a sound that is as much catchy indie pop as it is grunge infused with alternative elements from the 80’s and 90’s. All members offer up something unique to the mix that makes for great post-rock anthem material.

The diverse quartet has members hailing from up and down the coast, while also calling Or 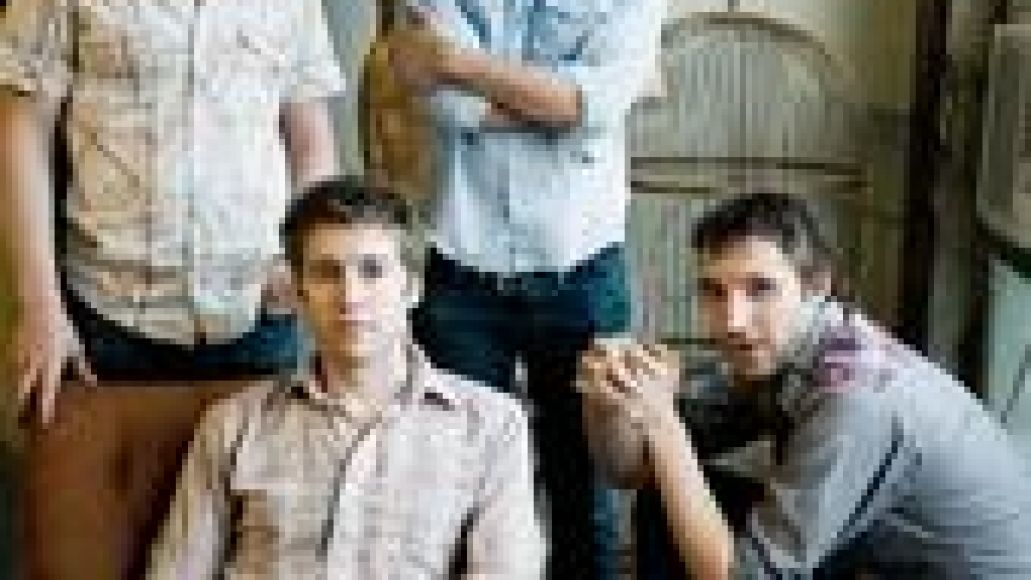 egon and Ohio home. With a diversity of backgrounds comes the patchwork of influences from Doug Martsche to Lou Reed and everywhere in between. Songs like “The Archer” and “This Side the Grave” paint dark ironic pictures, especially with the later telling tales of suicide. “Communist Lecture” takes the style even further drawing strong ties to The National with its down tone vocals that pick up and launch into a full on rock assault.

A formula is never followed with this group as it can move from one rock sub genre to the next incorporating static distortion on one end, and on the other a soft acoustic melody. Each song is unique and exciting, offering something new as the months get colder. The band has already released an excellent debut EP, and is set to put out a full-length record this month. No tour has been mentioned as of yet, but one is sure to follow with the debut release, and after listening, it will be something to look forward too to keep us warm this winter.

If you are curious, you can download the debut EP for free, or for a donation, from their site.

Check Out:
“The Archer”
“Communist Lecture”