Anthony Gonzalez looked exhausted as he walked out onto the dark stage. Highlighted by subtle pink lights, he flipped the switch to his clear, knob covered, music box that glowed with electric blue. Shortly after, the rest of the group walked out and took their places behind more keys, a guitar, and a drum set cornered off by clear plastic walls that tend to be used when recording live.

While Gonzalez is now the main source of the M83 sound, he has recruited some friends to help him live and in the studio. A lot has changed for the French native, and the band, over the past few albums. Heavy touring and the loss of fellow founding member, Nicolas Fromageau, in 2006 sparked the need for change to a softer, subtler sound, which is now a part of the band. As a result, Saturday=Youth has become a huge success overseas with singles “Couleurs” and “Kim & Jessie” leading the charge. Last night at D.C.’s Black Cat, the electro, shoegaze, power pop was well received for a mid week show that packed the house and shook the rafters. 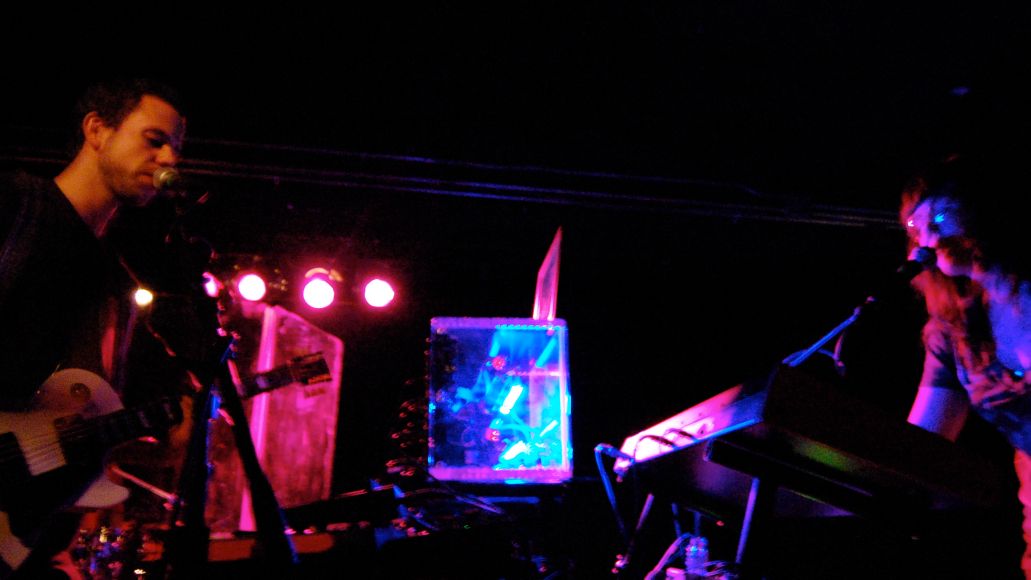 After an exciting set by Benjamin Curtis’s new band School of Seven Bells, the audience was ready for more bass thumping 80’s throw back. I feel it is necessary at this point to give a mention to Curtis’s new group as he has already made a name for himself thanks to his work with The Secret Machines. Even though SVIIB is a completely different sound than his prior work, his signature guitar playing has given him a place in the forefront of post-psychedelia. His new group holds its own against all the others, utilizing strong electronic beats with tripped out rock, and no matter where Curtis ends up in the future, his style will always stand out.

When it comes to the synth-pop, new wave revival, it’s interesting how this style has made such a strong come back over the past few years. Maybe it is due to the young age of those eating it up, a generation born in the ’90s who never had the chance to experience this style in its prime. The beauty of it is that it will always be a genre that musicians can return to, as it’s damn catchy with much wiggle room for experimentation. M83 is well aware of this, and while Gonzalez has traded most of the experimentation for structure on his latest record, the set, heavy with material off of Saturday=Youth, mixed things up, and drew cheers and dance moves all around. 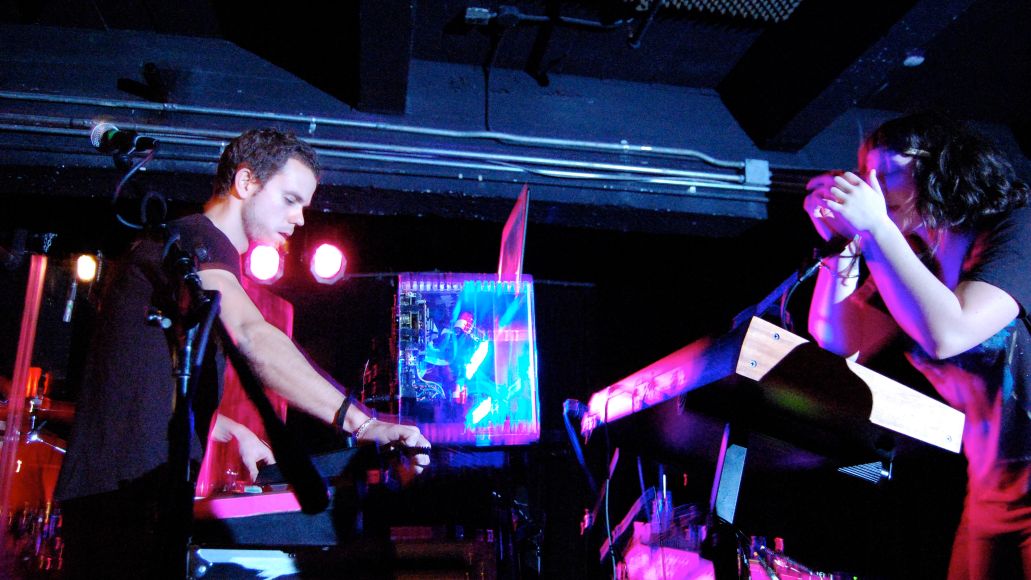 Opening with “Run Into Flowers”, from 2003’s DeadCities, RedSeas&LostGhosts, the band moved from one song to the other, with little time for breaks, mixing moments of knob fiddling bass thumping noise to sonic guitars that paid tribute to the styles of their forefathers. The subtle lighting and mysterious music box were hypnotic as they moved through the singles “Graveyard Girl” and the drug influenced “Kim & Jessie”, which came early rather surprisingly. Morgan Kibby’s vocals were even more stunning on this night, especially on 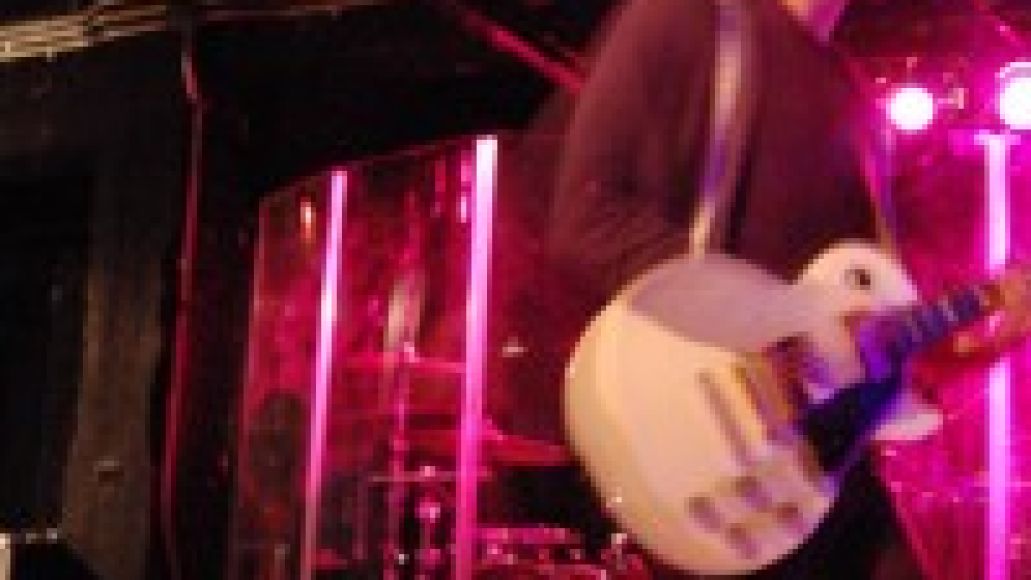 the latter of the aforementioned two. “Kim & Jessie” picked up a quasi-Tears for Fears essence as Kibby held down on the keys showing off her voices range. This energy continued, with every song picking up something more, coming off as heavier and more powerful than on record.

The only real disappointment of the evening came close to the end of the set with “Skin of the Night”. While Kibby’s vocals remained front and center, the signature guitar part marking the chorus was lost amongst the noise behind it. Though one could blame the venue’s acoustic, or that of the tour guitarist, either way it is a moment that makes the song stand out, and by turning it down, it became bland. That is not to say the set was ruined in any way, far from it in fact.

After a long psychedelic outro, the group stepped off stage before returning for the club thumping, Depeche Mode throwback instrumental, “Couleurs”. Hands were in the air, with a few choosing to jump around for the final finish, before the group said their goodbyes. It was an impressive night of great music which surpassed expectations in many ways. Gonzalez has been working hard since he began in 2001, and it seems that he is now finally comfortable with himself both in the studio, and onstage. 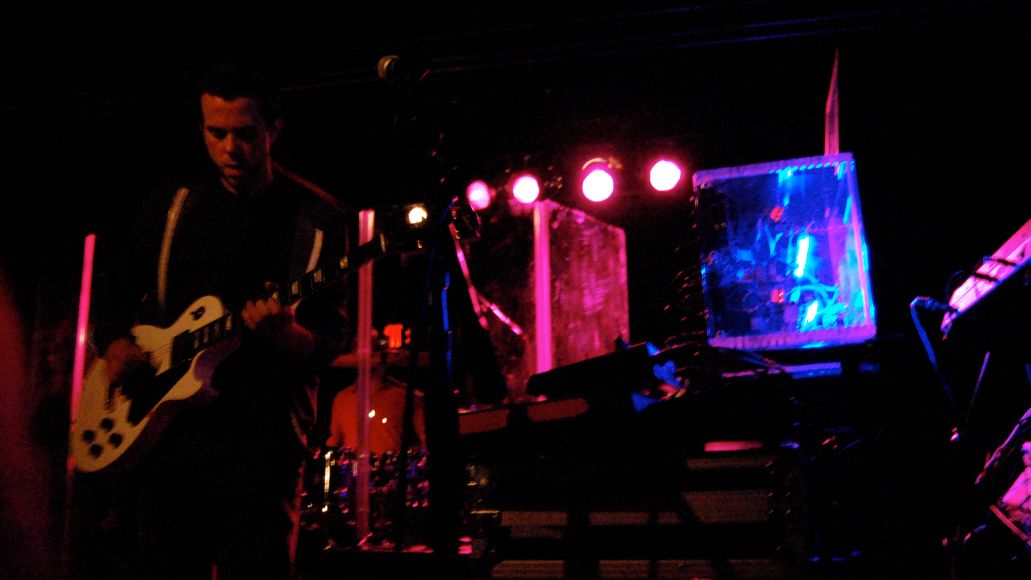