For this edition of Ridiculously Awesome Music Videos, I decided to flip on the way-back machine. That’s right, alllll the way back to 1980, an entire year before MTV even existed, let alone before it stopped actually showing music videos.

The Talking Heads have had their share of great music videos (from the lamp-serenading of “This Must Be The Place” in the concert film Stop Making Sense to the eerie projection-house in “Burning Down The House”) but “Once in a Lifetime” easily blows the rest out of the water. Blows most music videos out of the water, for that matter.

The video kicks off with the legendary vocalist David Byrne, all PeeWee Herman’ed out in a grey suit, 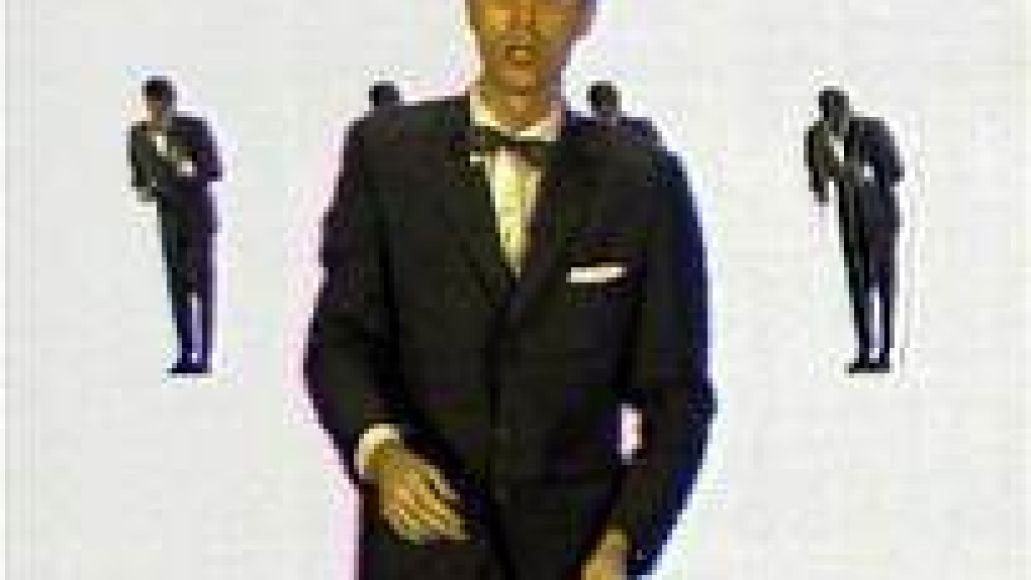 bow tie and black glasses. He’s in a big, empty white room, breathing heavily and spinning around. And then, my friends, the dancing begins.

Byrne’s moves are nothing short of miraculous. Whether it’s aping the motions of an African tribe shown in a floating box behind him, miming being shot or doing a weird, spasmic full-body contortion, Byrne is utterly mesmerizing.

Fun fact: the choreographer for the video (those aren’t just improvised freak-outs) was Toni Basil, the woman behind “Mickey.” Yes, the genius behind “Oh Mickey, you’re so pretty, you don’t understand” could also choreograph a mean video.

There are some high-tech innovations in the video as well. Byrne dances across the screen as SEVERAL other Byrnes do THE EXACT SAME DANCE behind him. At another point, he’s slowly drifting through a static-y ocean.

The strangest part, though, might be the conclusion. After all this delicious weirdness, the Byrne in the big white room fades away and is replaced by a normal version of himself. The Peewee look is replaced by a white, open collared shirt, the white room replaced by a black room. His hair’s combed back, glasses gone. Who is this new, cool David Byrne? How did he get here?

Regardless, this is an absolute gem of a music video, from the days before MTV. Watch, and let the Byrne-dancing begin.

Your Experience on the New Site

Ridiculously Awesome Music Videos: The Heads' "Once in a Lifetime"