With The Smashing Pumpkins well into their massive four night set at the Windy City’s famed Chicago and Auditorium Theatres this weekend, looking back on their twenty year on and off again career is an emotional rollercoaster; euphoric, melodramatic, and exciting. And nothing screams these traits like their music video for “Tonight, Tonight”.

The fourth single from their sprawling double decker dreamscape, Mellon Collie And The Infinite Sadness, “Tonight, Tonight” is epic in scope, driven by Billy Corgan’s urgently romantic lyrics, Jimmy Chamberlain’s speed-freak drumroll, and a thirty piece string section pulled from the Chicago Symphony Orchestra. Being only the second track on the album, it marked a drastic change for the Pumpkins, whose first two discs, Gish and Siamese Dream, although stellar, were more rooted in distortion, solos, and shoegaze. “Tonight, Tonight” was a cornerstone of the band’s expansion, showing off all of Corgan’s newfound, diverse musical tendencies.

And to think its enchanting music video almost never came to be. Directed by the husband-wife team of Jonathan Dayton and Valerie Faris (who went on to helm Little Miss Sunshine), the original concept was a Busby Berkeley-esque musical, characterized by blankly smiling women in bathing caps performing elaborate swimming patterns and acrobatics. But when the Red Hot Chili Peppers released a nearly identical video for “Aeroplane”, Dayton and Faris had to revisit the drawing board.  After abandoning a third concept involving audience P.O.V., they decided to pay homage to another classic filmmaker, French visionary Georges Melies, and his milestone silent sci-fi film, 1902’s A Trip To The Moon. 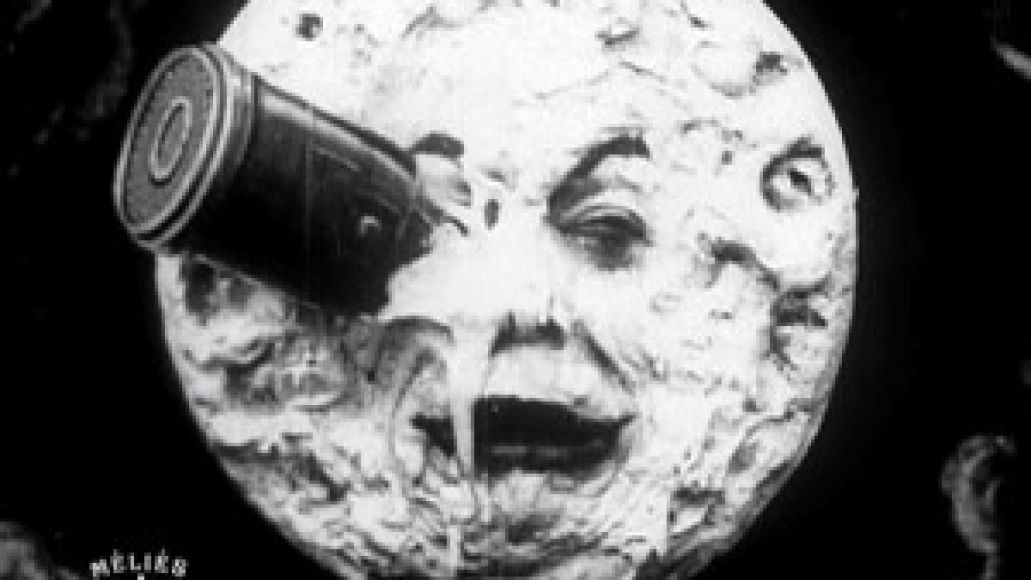 Moon, A Trip To The Moon tells the story of a group of astronomers on a lunar voyage. Once on the giant rock, they encounter several insectoid extra terrestrials who capture them for unknown reasons. Luckily for our heroes, they discover that they can destroy the creatures by hitting them with blunt force, using their umbrellas to explode them. They eventually escape and plunge into the sea, thankfully rescued by an ocean steamer.

Although watching the revolutionary film nowadays is a cinematic treat, one can’t help but wish the details were more vivid. Filmmaking was still in its primitive stages, and its surreal nature is often bogged down by the cloudy cinematography. Don’t get me wrong, it’s still a masterpiece, but the video for “Tonight, Tonight” brought it to a more fully realized form, bringing all the black and white dreariness into technicolor tints mixed with sepia. Most of the actors remain aesthetically drab while the environment around them glows with fluorescent beauty and a colored cardboard, children’s theatre aesthetic, making for a piece of art that looks fittingly archaic but wonderfully hallucinatory at the same time. It manages to capture the album artwork of Mellon Collie, something that was an inspiration for the directors as it “looked like a silent movie.”

The video follows the same basic skeleton of a storyline. However there are slight artistic changes: the astronomers are replaced with two young lovers (played by SpongeBob Squarepants voice actors Tom Kenny and Jill Talley), the rocketship is substituted with a steampunk blimp, and the humanoid stars are traded in for the Pumpkins themselves, decked out in Victorian evening wear and classical instruments. But the point of the video isn’t accuracy. It isn’t a remake. It simply uses the images and concept of the original film as a springboard for the Pumpkins’ more romantic form of storytelling. During each of the song’s sunbursting string crescendoes, we see the young couple persevere in some shape or form, the most emotional one being when they break free of the ropes that the aliens have used to ensnare them. The fight that ensues isn’t a triumph of scientific achievement as in the original film, but a triumph of our heroes’ relationship. 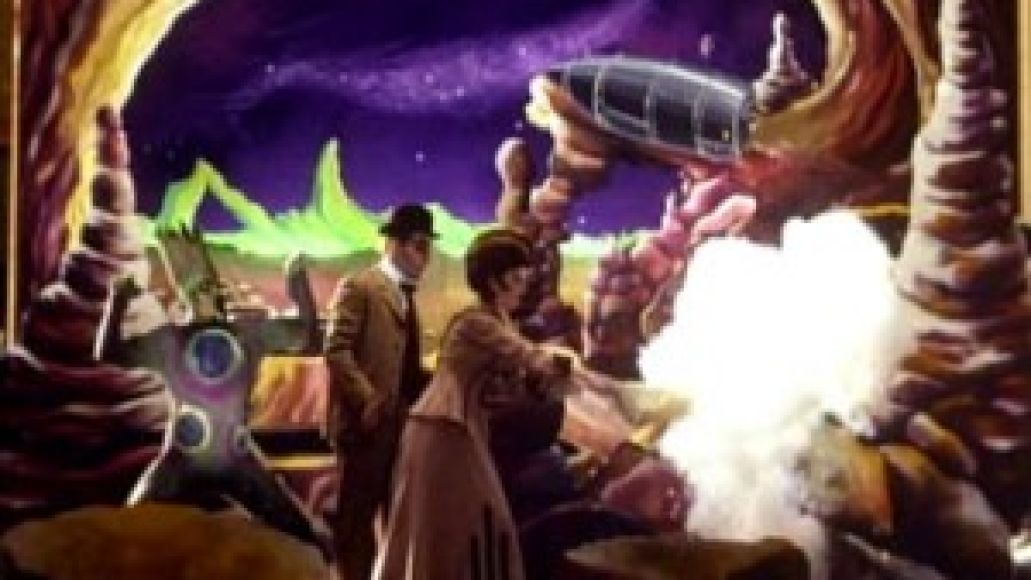 With the Pumpkins’ combination of both baroque and adolescent rock ‘n roll yearning swirling around you, it’s hard not to get a little teary eyed watching the young couple stick together, even if it is against a horde of extra terrestrials. The fact that Kenny and Talley were married in real life (and still are to this day) only three years before the video was made makes it all the more romantically compelling.

As in the original film, they escape to the ocean, only here, they meet a merman who wards off a predatory fish. The merman enlists the help of his mermaid friends and a large octopus to put on an underwater show for the young couple before sending them to the surface in a gigantic bubble. What began as one of the world’s finest science fiction films ends as one of the world’s best date movies. So if you and your significant other are in the mood for a flick that’s action-packed and romantic, both whimsical and dramatic, leave The English Patient at Blockbuster and click on the link below. How romantic.

Brad Whitford: "I Have My Doubts About Aerosmith Ever Really Performing Again"