Nickelback is one of the top selling rock bands on the planet and yet I can’t think of a single person I know who likes them. Sure, I have a few friends here and there that have a copy of Silver Side Up or The State in the cobwebbed corners of their high school record collection, but for the most part, it seems that despite the band’s megastar status, there are very few who actually call themselves fans. This is apparently a global trend, as exemplified by the following YouTube clip:

I know, I know. This sucker was released over a year ago. I’m not trying to pass this off as some new-found, milestone footage in the world of rock criticism, but it raises some very interesting issues concerning musicians and the people who love (or hate) them.

In case you weren’t able to view the clip, the band is playing a live show in Portugal, clunking through the end of one of their sluggish, dinosaur pseudo-ballads when the crowd goes apeshit, booing and throwing assorted concert-tossing paraphernalia. The nail in the coffin comes when, after asking the crowd if they want to continue to hear their music, Ramen Noodle-haired frontman Chad Kroeger actually gets pegged in the head with a rock, prompting the band to swiftly leave the stage.

Funny, right? I thought it was at first. I mean, who doesn’t want to see Chad Kroeger get wailed by a piece of 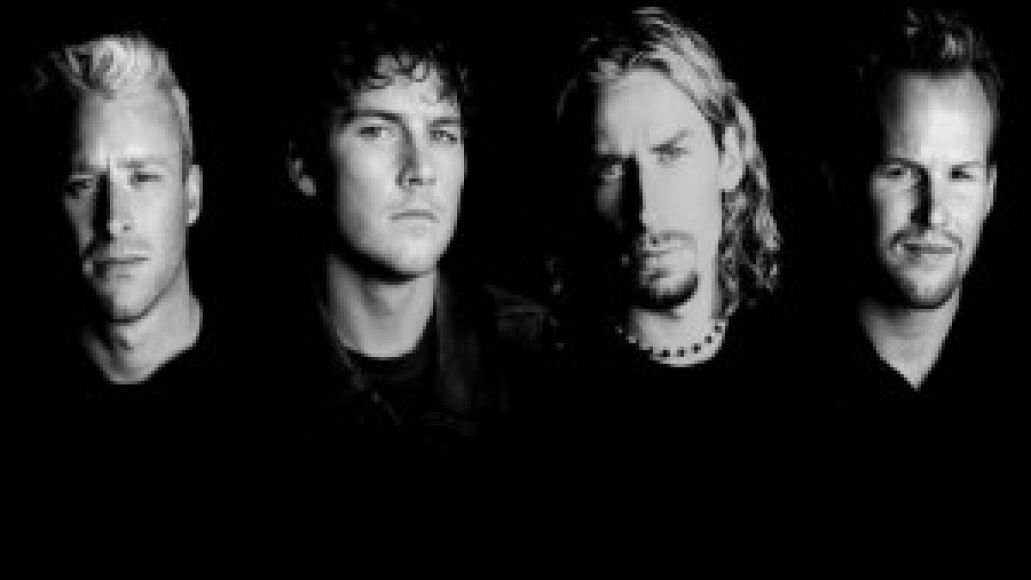 gravel while playing his shitty, shitty music? But as the days grew longer, the image settled in my bones, making me question how laughable this clip truly is. Although many music fans (myself included) may not particularly enjoy Nickelback’s overly generic brand of nu metal, does the band really deserve such heckling while putting on their show? And I know many of you out there are thinking: “Yes! Of course they do!  Nickelback sucks, so fuck them!”  But should something as insignificant as what kind of music they play and something as subjective as whether or not you like it justify them getting pummeled with rocks while they practice their art?

Let’s face it, none of us truly know any of the members in Nickelback (well, maybe you do, and if that’s the case, perhaps you can shed some light on this debate). And who knows, maybe they are sincere dickheads to their core – unabashed bros that resemble the legions of frat guys who listen to them. Then again, maybe they’re just laid back, perfectly nice Canadian dudes who wouldn’t wish harm on anyone, including the good people of Portugal. Or maybe, like most of us, they’re somewhere in between.

Either way, most of us don’t know enough about them as people to decide whether or not they deserve what’s exhibited in the concert clip. And yes, they’re rockstars, they have lots of money, they screw lots of chicks, they have lifestyles that most of us only dream of having, which means they should have to pay the small price for fame. But should that price be getting shit thrown at you while you’re trying to do what you love? 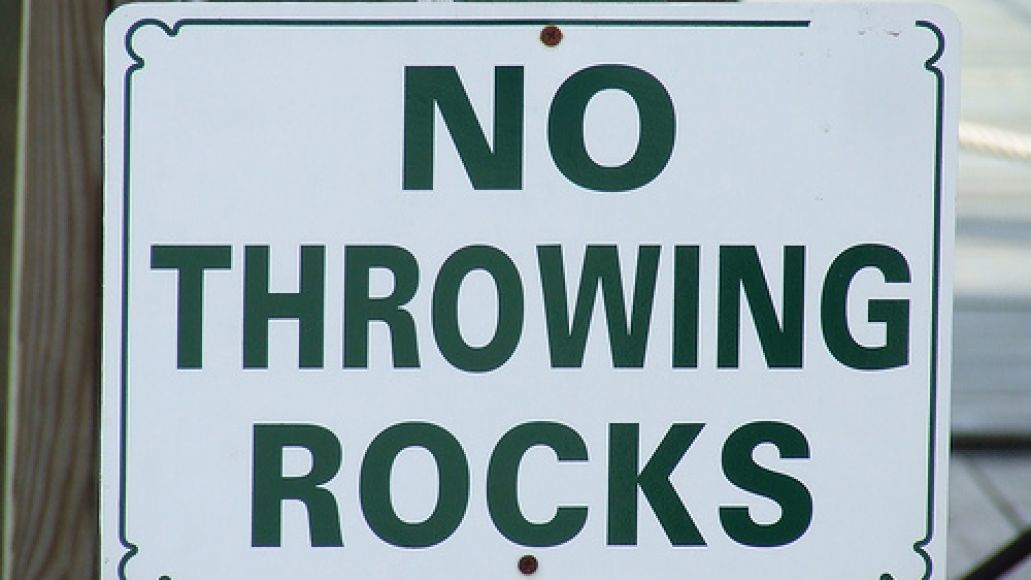 My point is fans often assume that an artist’s music reflects their personality. If they think the band is good, then the members of the band must be cool as hell. If the band sucks, they must be arrogant pricks, and any bad treatment bestowed upon them must be well deserved. If what had happened to Nickelback had happened to, say, Radiohead or Wilco, fans would be up in arms about it rather than laughing at it on YouTube as I did a year ago. As far as I know, none of the members of Nickelback have gotten press coverage for doing anything horrendously awful, but they get publicly stoned. To Kroeger’s credit, he actually handles himself quite pleasantly in the clip. Rather than spout off at the crowd or counteract with violence, he simply asks if they still want to hear music, gets zonked in the head, says goodbye and walks offstage. Many of my favorite artists (I’m looking at you, Ryan Adams) have acted much less rationally in tamer situations of crowd protest.

I’m not saying Adams deserves to get pegged with rocks either. Unless they’re causing harm to someone else while they’re playing, I don’t think any musical artist (or any performer for that matter) should be abused onstage (unless that’s their gimmick). So until the day G.G. Allin gets resurrected, please, fans, start viewing your most loved or hated musicians as human beings instead of cardboard cutouts of their music, however shitty it may be. After all, rock stars are people too.