What do you get when you combine elegant and rich sounds of a seven-piece orchestra ensemble with the equally pleasing music of Radiohead, Sufjan Stevens, and Sigur Rós? A double shot of beauty, a few songs that both your band and hipster friends can get behind, and a Chicago based septet better known as The Gentlemen of NUCO.

Formed literally out of a classroom – all seven members of the group met in Northwestern University’s Chamber Orchestra – The Gentlemen have been offering a unique take on some of our favorite musicians for the better part of three years now. They call it a “unique hybrid style,” the result of “an uncanny mélange of classical training, rebellious spirit and stunning good looks.” I call it some orchestral music anyone can get behind, even the most unsophisticated and uncivilized, the ones who have no ear for the classics or 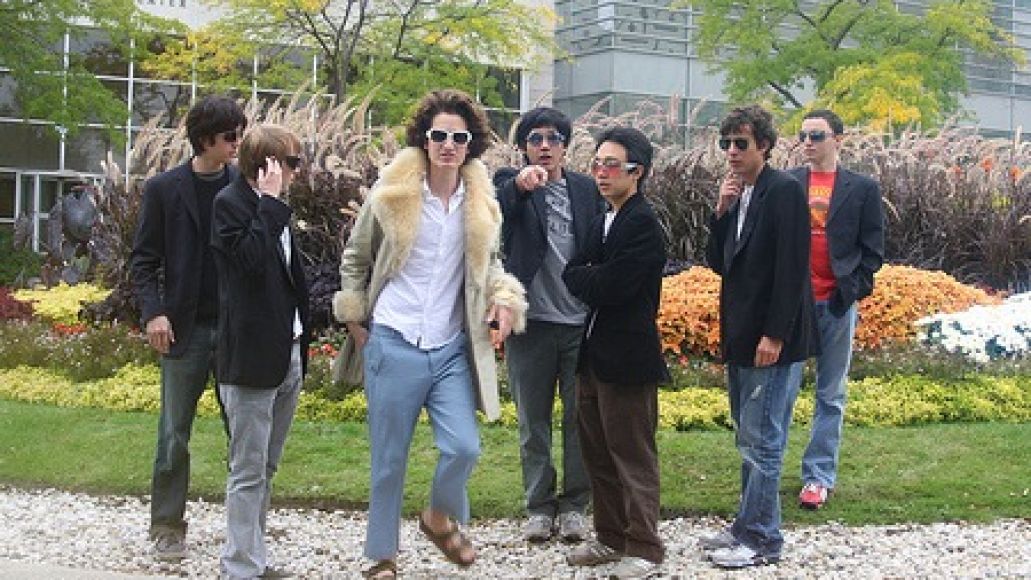 knowledge of the compositions, the common folk, or in other words, people like me.

But that’s not to say The Gentlemen of NUCO don’t know how to spice things up, as evident in their rendition of Radiohead’s “Paranoid Android”. The violin work of Henry Wang and Hugh Palmer maintain the subdued yet gripping nature that normally sets the stage for the Thom Yorke led outfit’s classic number, but just as the Brits go wild about halfway though, violist Charles Asch, cellist Josh Fink, and bassist Corey Bertlesen soon take over, bringing a little rock ‘n roll to the arrangement. Three minutes in, The Gentlemen’s take on “Paranoid Android” has become chaotic and furious, conveying an exuberance that not even Jonny Greenwood could touch with his amp all the way up. But then, in the split of a second, the ear-pleasing melodies have returned…at least until the next chordal change. As a whole, it’s “Paranoid Android” in all its beauty – the good, the bad, and the fucked up – or one damn good twist on whatever was floating around in Yorke’s mind back in the mid-’90s.

Intrigued yet? This is just one of the six tracks that The Gentlemen of NUCO have taken a stab at, all of which offer intriguing results. Are they a band you’ll likely see hitting the stage at Lollapalooza in the coming years? Probably not (though My Morning Jacket did play with orchestra in 2007 so you never can say never), but they do evoke a refreshing touch on some of our favorite numbers, and provide a reminder on just how beautiful and astonishing they can be. So if you’re in for a curve ball as you make your way through all the indie-heavy year-end lists, do yourself a favor and check of The Gentlemen of NUCO.

Listen: The Gentlemen of NUCO