One of the biggest challenges with stand-up comedy is presenting something polished and well timed while making it seem loose and improvised. While the boys in Stella aren’t your traditional comedians, the three man team of Michael Showalter, Michael Ian Black, and David Wain took this principle to heart in front of a sold out crowd at The Vic, presenting the audience with an hour and a half conversation that hovered somewhere between stand-up and sketch, a wonderfully awkward hybrid that owed as much to Eugene Ionesco as it did to the Marx Brothers. As insane as the subject matter got, it all seemed 100% real. It was like watching and absurdist play. With poop jokes of course.

Simply put, the guys know how to act, drawing us and each other into their gonzo web of well rehearsed but seemingly unrehearsed lies. After taking the stage with nothing but three microphones and a projection screen, they promised singing, dancing, videos, and an elephant, quickly taking back the elephant and telling us that it would really be the Elephant Man, Michael Ian Black mugging all the deadpan honesty he could muster to warn us that it would be very disturbing. At no point throughout the rest of the show did he say that the Elephant Man wouldn’t be there or give the audience a knowing smirk to hint that he was only kidding. The same went for Michael Showalter as he criticized a loyal fan from Minneapolis who drove all the way to Chicago even though the guys had performed in the larger twin city the night before. But it wasn’t the typical brand of good-natured heckling that comedians usually save for anyone in the front row. Showalter seemed full of frightening, deeply rooted rage toward the young man in the vintage wool cap. “I hate you!” he screamed, remarking that his hat looked like it was from 1961. When the poor guy removed it, Showalter apologized saying “he’s so polite” before quickly reverting back to Mr. Hyde mode, screaming “but really, I hate you!” 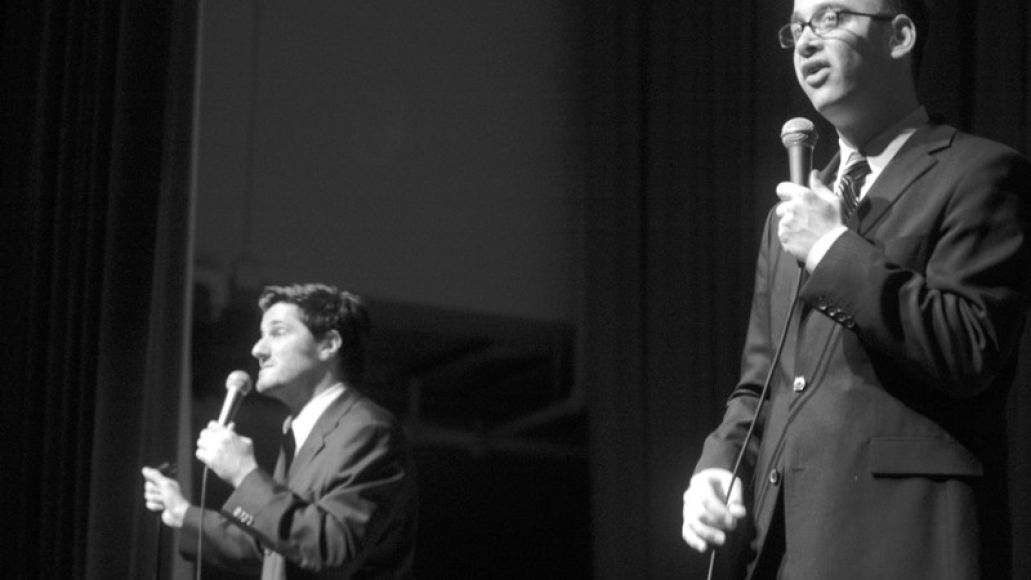 The fan smiled of course. Part of Stella’s act has always been getting disturbingly emotional over all things silly. One of the highlights of the night was the Michaels teaching David Wain a “local” dance called the Chicago Clog Stomp. After making him go through the ridiculous movements, they revealed that they had tricked him and that there is no Chicago Clog Stomp. It was just a made up dance that they change depending on the city.  Wain was horribly upset, carrying a somewhat wounded demeanor throughout the rest of the show. As in their videos, he was the butt of most of the jokes, the Butters to the Michaels’ Cartman, carrying a stage presence that always seemed innocent even when doing something as creepily funny as describing how he uses the opening riff to “Bad To The Bone” as his “fuck music” right before he comes.

Other highlights of the night included Black’s passionate stance on Herman Wouk “perfecting the American novel,” a brand new video sketch depicting Showalter’s birthday, a slideshow of Christmas trees that evolved into a high stakes exchange of insults between Black and Wain (Black’s photo of Wain dressed up as Dustin Hoffman from Tootsie was a personal favorite), and of course Stella’s now trademark encore of performing “Movin’ Out (Anthony’s Song)” with none of the original lyrics intact. Several fan favorite bits were incorporated as well, most notably the Wain ostracizing game “Zots and Crambles”, and the guys going over their favorite party music, Showalter opting for Eric Clapton’s “Tears In Heaven”.

WAIN: “Michael, that’s about Eric Clapton’s son falling out of a window.”

SHOWALTER: “Yeah, into a party!”

They were able to pull off such a tricky joke because there was nothing mean spirited about it. There was no look of “look how controversial we’re being.” You genuinely believed that Showalter loved partying to “Tears In Heaven.” Hell, you wanted to go onstage and party to the song with him. Audience participation was at an electric high, everyone singing and clapping when prompted, especially during the following riff on the cliched opening question of: 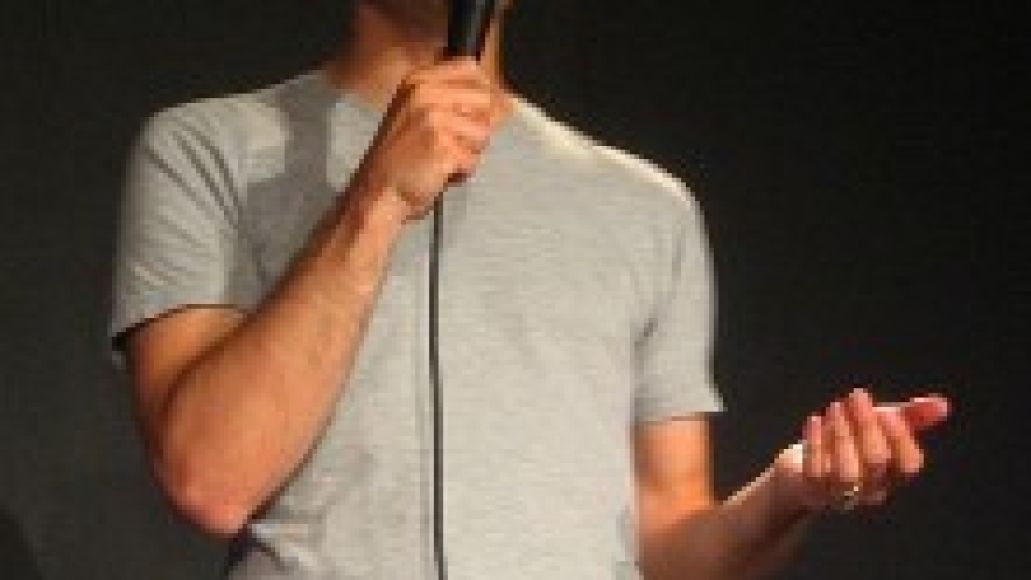 BLACK: “Oh come on, you guys can do better than that.  Now just the fellas.”

It was this kind of understood irony between audience and performer that allowed Stella to elevate alienation to an art form. Being a longtime fan of their famed online shorts, films, and criminally short-lived television series, I wasn’t sure what to expect from their live show, but it was a performance unlike anything else out there. They brought their defining celebration of awkwardness, absurdity, and potty humor to the stage, but infused it with a sense of fine tuned craftsmanship that lovers of both stand up and theatre could appreciate. But right when you developed this profound respect for their live work, they made a well-timed fart noise. And this made you respect them even more.

STELLA laughs out the Vic Theater (12/5)