Well, we’re here. Much of the CoS team has reconvened in Chicago, and it’s cold! Damn cold! We’re talking in the negatives here, and no, it’s not pleasant. The Christmas lights are all gone, the snow has an asphalt look to it, and the only thing resembling holiday cheer is the seclusive yet elated office worker who’s finally seeing the outside world at 5:45 in the evening. Kudos to those guys!

As for us, we’re keeping our spirits together, all for Schuba’s indie-rock fused weekend at the Tomorrow Never Knows Festival. So, stick around every afternoon ’til Monday to find out how it all went down in the Windy, Chilly, Miserable City by the Lake! -Michael Roffman, Editor in Chief

Every year, the spectacle that is the wintertime in Chicago comes around and manages to do its worst against the cities’ faithful citizens. This year however, Mother Nature had a pretty tough time batting down the house down on the corner of Belmont & Southport. In fact, for the patrons at Schuba’s Tavern this evening, the icy cold temperatures stayed firmly at the door while the indie rock faithful toasted on warm brews and new tunes.

After braving the negative seventeen degree weather, the fifth installment of Tomorrow Never Knows began at 9pm on the dot. Opening the show were the eleven piece indie rock orchestra Lost In The Trees from Chapel Hill, North Carolina. With a modest and shy hello, guitarist/vocalist Ari Picker led the band into a classical jamboree of sorts. Euphoniums blurted out fat basslines and his string quintet weaved contrapuntal melodies over Picker’s subtle guitar chords. During a break in the song when the strings took hold of the main melody, Picker and company drummed to drummer Scott Carle’s concise beats. The small theater of Schuba’s became fully resounded with the beats of what sounded like eight different drummers performing at once. Combined with the strings, this worked to create a pretty ambient environment, and the epic level of Picker’s musical visions lifted themselves higher and higher with each note. 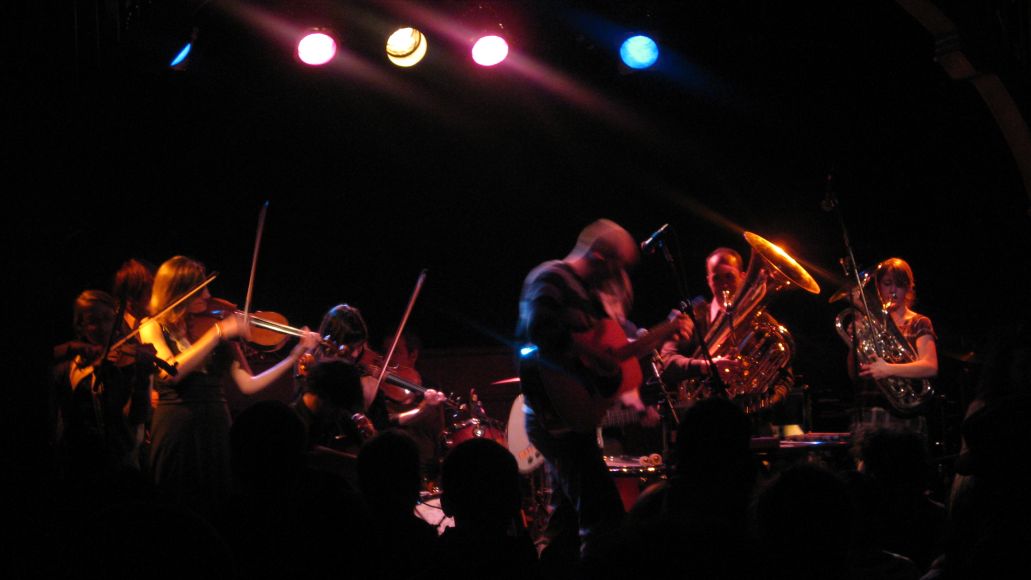 For the next forty minutes, Picker and the rest of the band dazzled the Schuba’s faithful with an elegant musical display of musicianship, all on epic proportions. Happy melodies combined with melancholy harmonies resounded off the walls and into the heads of the indie rock junkies. As the band ended its set, Picker and the band said farewell and parted the stage with warm emotions and victory streaked across their faces. The band certainly did a good job opening the show and it set the tone for the rest of the evening.

After a fifteen minute intermission, Brooklyn’s quirk-rock quartet Bear Hands took the stage. Within minutes of kickstarting their set, the young band had the crowd by the hand and took them on a garage rock yellow brick road of sonic countrysides. Their notes colored of gold and emerald chugged alongside guitarist/vocalist Dylan Rau’s vocals to cut through the heavy clouds of distortion with sophisticated precision. The guitar play between Rau and lead guitarist Ted Felman proved to spark the swagger and bounce for the indie faithful. Rau’s keyboard work added ridiculous flavors to the overall sound and pushed the band over the edge. For the band who appeared completely stolid and subtle, their combined musicianship onstage went over incredibly well. After traveling their music country roads, Rau dedicated the band’s last song, “Vietnam”, to recently ousted Illinois governor Rod Blagojevich,  and mentioned the sale of their debut EP Golden. Afterward, the band left on a high note and garnered the respect of the swelling theater. Much like Lost In The Trees, Bear Hands scored a direct hit in the heart of North Chicago.

After the intermission, Kansas City, Missouri’s The Republic Tigers took the stage. As featured in one of our TNK Spotlights, these guys have a sound going for them and nonetheless is unique and catchy. Unfortunately, their sound had a bit of trouble translating to the stage. For starters, throughout their entire performance, bassist Marc Pepperman’s bass overpowered the rest of the band, giving a severely muffled quality to the group’s overall sound. This killed some of the buzz that already crawled up and down the walls. The real shame in the band’s performance came from the drowned out backing vocals and excellent leadwork of lead guitarist Ryan Pinkston.

Overall, and as a whole, the Missouri natives weren’t too bad, but the sound didn’t live up to expectations, especially after what seemed to be a great start on their most recent LP recording, Keep Color. While the second half of their set ended on a much better note than their first, the biggest problem throughout was simply too much bass. Clearly it could have been a sound error, but it’s a moot point. The highlights of their performance however included “Fight Song” and “The Drums” where guitarist/vocalist Kenn Jankowski drummed along with drummer Justin Tricomi, creating the musical illusion of two drummers. Other than that however, the band shot a little off target for most of the evening. 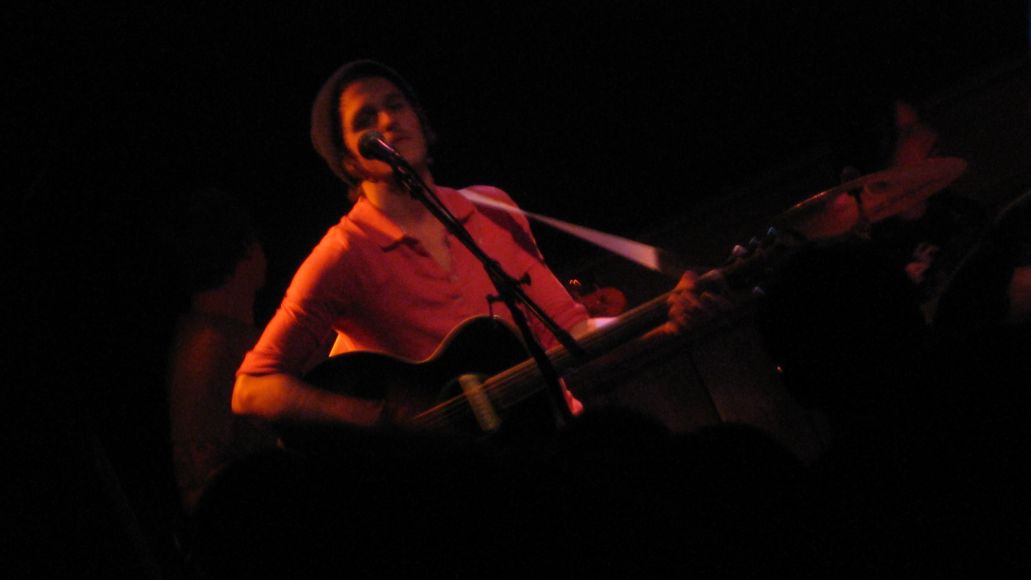 After The Republic Tigers parted ways, the final act, San Diego’s The Soft Pack (formerly The Muslims) closed out the show. Due to a routine mission to retrieve some triple AAA batteries for our tape recorder, I ended up missing about half of the band’s performance. However, that goes without saying that the band electrified the place. Out of all four bands, these guys certainly were the most energetic. Lead guitarist Matty McLoughlin’s picking hand never moved out of place of down strumming and fast leads, a characteristic that would’ve made Johnny Ramone proud. Matt Lamkin’s soft vocals excelled over the music and tied the fast paced garage rock together with a tinge of delicacy.

By the end of the night, after their blistering closer “Parasites”, the band ended their short half-hour set on a bang. Schuba’s didn’t see it coming, but they were a wallop of a band to cap off the first night of the show. Despite the name, The Soft Pack’s hard rocking performance closed out Chapter I of this five part saga. 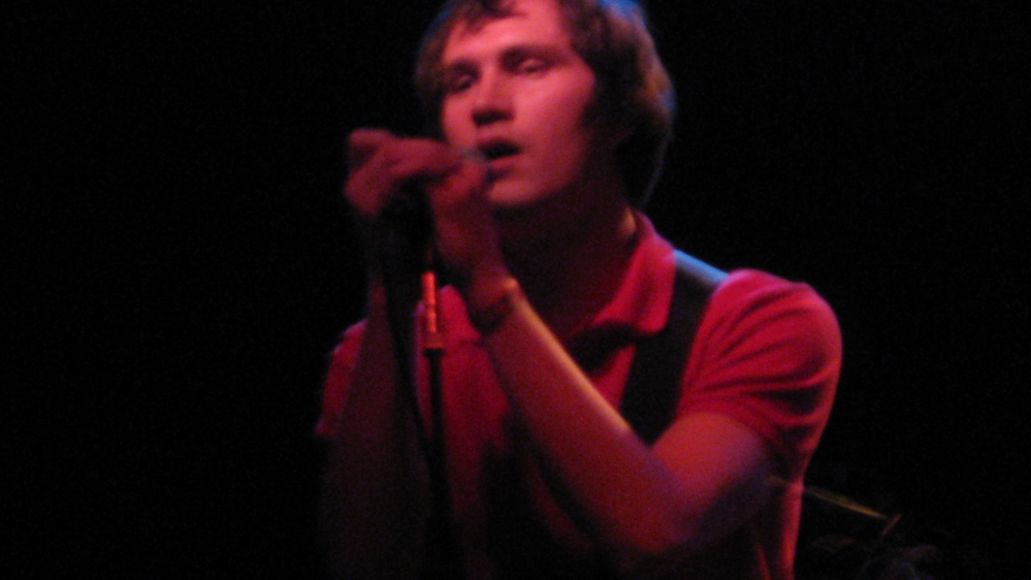 Overall, the first night of Tomorrow Never Knows had its up and downs, but what show doesn’t? It certainly gave the crowd a good number of fun musical hours away from the cold and from Mother Nature’s icy winds. Brews were shared, bands performed, and patrons partied all to the beat of something more to come. It can only get better from here as we look to the sky for more things to come. 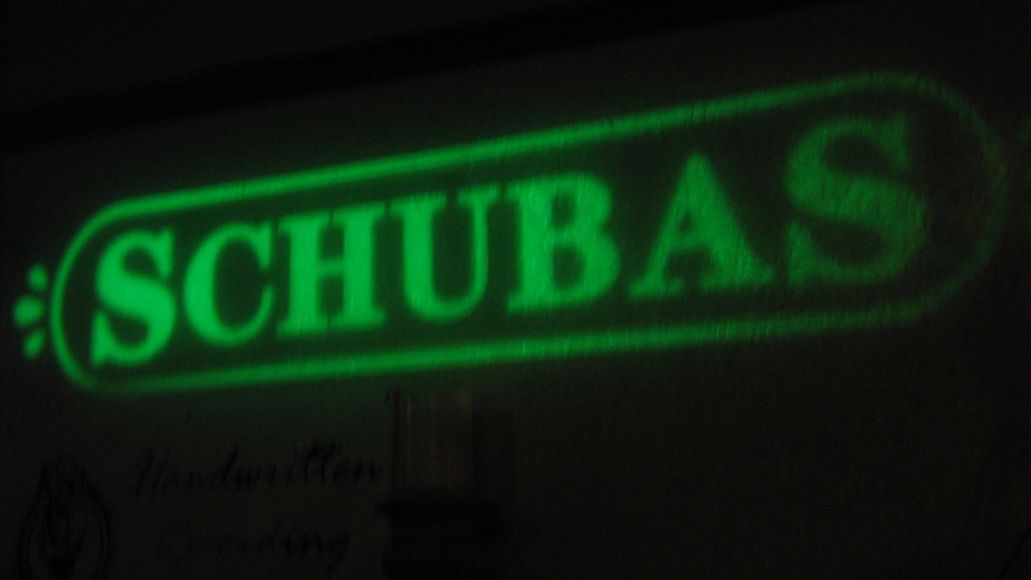 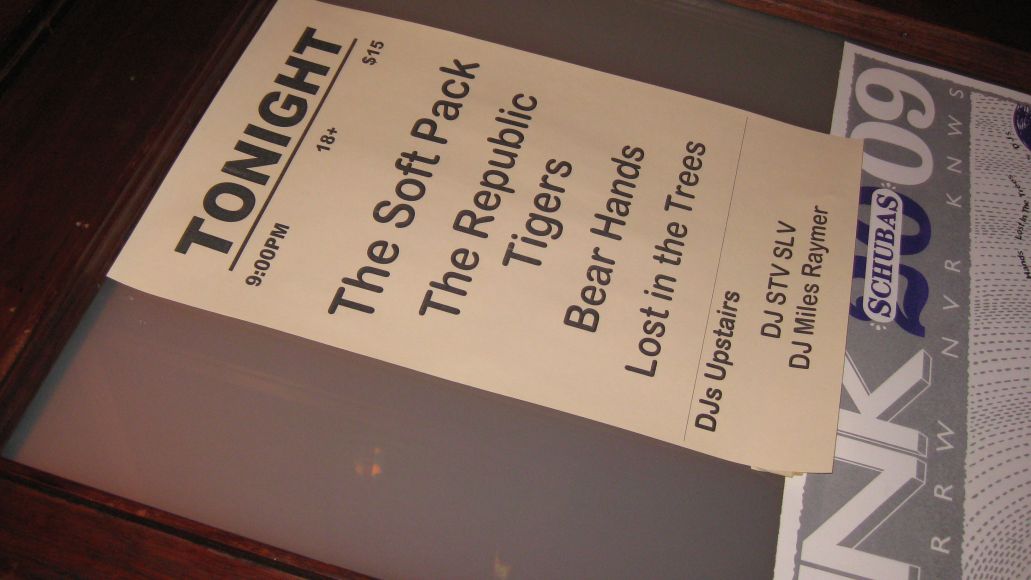 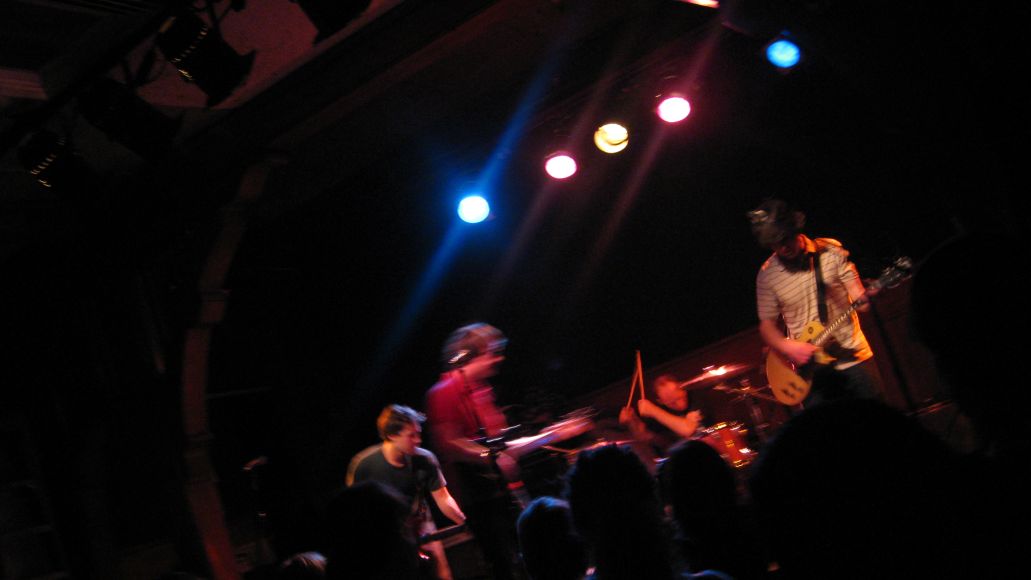 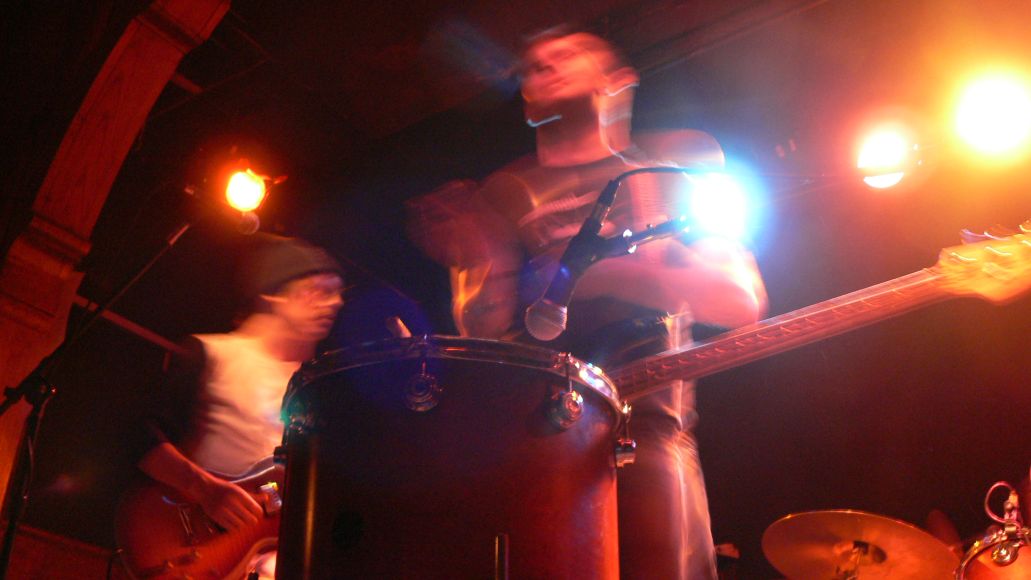 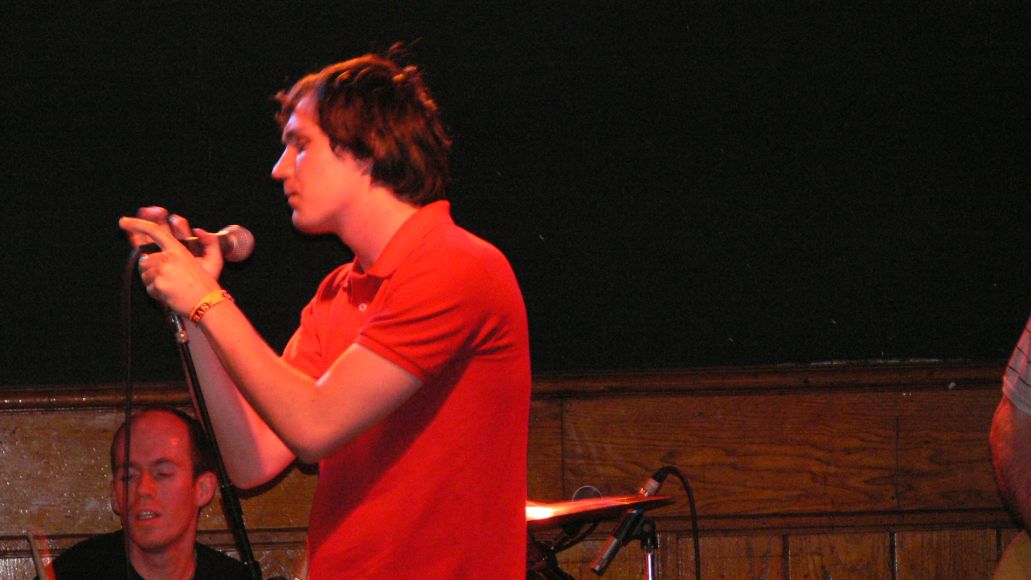 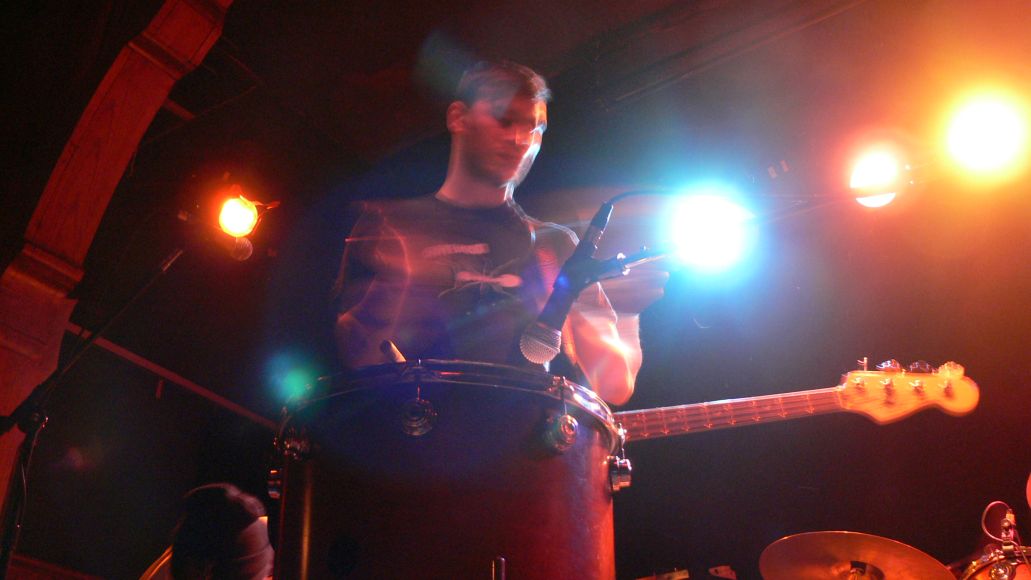