Last year, October to be exact, writer Drew Litowitz was pretty psyched over Animal!/Not Animal!, the dual release by indie darlings, Margot & the Nuclear So and So’s. Awarding the two albums three and half and four stars respectively, he summed up his thoughts nicely writing, “the albums are both very strong, containing well-constructed somber tunes, with beautiful melodies and intricate instrumentation.” That’s why when writer Nicholas Comney recently sat down with guitarist Andy Fry, we were thrilled to run the interview as soon as possible.

Judging by Fry’s conversational tone, it’s clear he’s keen to relax. 2008 was an exhausting year for the Indiana chamber pop band, and with the new year already kicking off, one can only hope the “song remains the same.” From album complications to the history of the band name, Comney certainly had the guitarist chatting up a storm.

Consequence of Sound (CoS): There have been various stories, over the years, concerning how the group came to be. I think your pet store encounter with the band’s front man, Richard Edwards, is the most popular of these tales. Could you discuss the origins of the group?

Andy Fry (AF): I mean, we just made a record and then that was the band. I could make-up a story for you, right now, but it’d be just a story. There’s nothing particularly interesting about the way the band started.

CoS: Following this halo of ambiguity that seems to surround the group’s beginnings, the same case has been made, in regards to the band’s name – Margot & the Nuclear So and So’s. Past interviews have yielded meanings such as the relationship between man and machine, Richard’s non-existent daughter, and even Gwyneth Paltrow’s character, Margot, in Wes Anderson’s film The Royal Tenenbaums. Is there any significance to the group’s name or is it simply that – a moniker and nothing else?

AF: There’s definitely significance to it, but to me, it’s just one of those things, to where the meaning is in the name, itself. It’s sort of a comment on the absurdity of life.

CoS: Do you identify yourself with any of the members of the Tenenbaum family?

AF: I think that everyone can see themselves, a little bit, in most of those characters. If I had to pick one, I would probably choose Richie.

CoS: Yeah, it seems that Wes Anderson has this universal appeal in most of his films that allows the audience to attribute themselves to the characters in one-way or another.

AF: Yeah, they come off as very real, despite being absurdly refined. 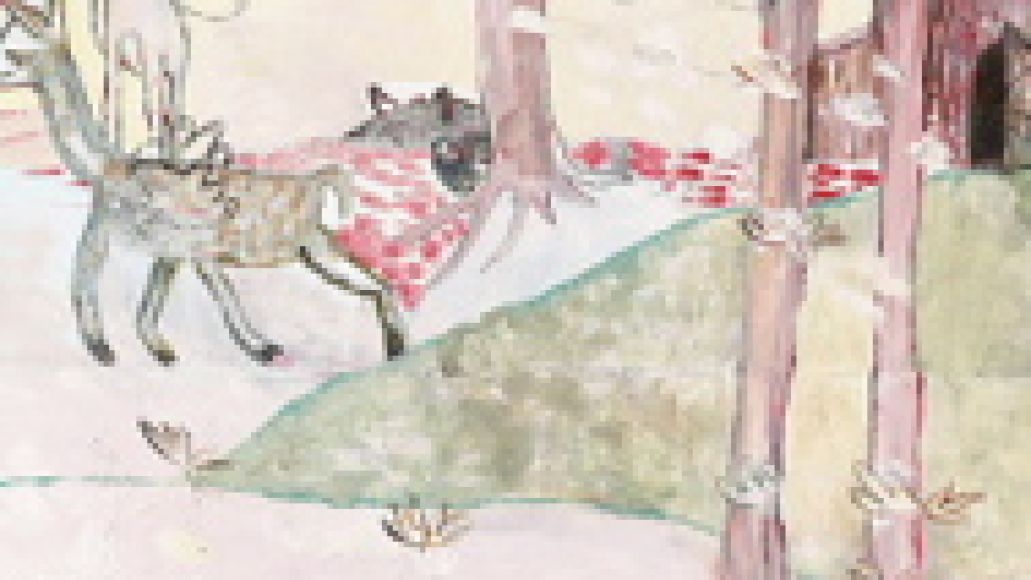 CoS: When the band was recording your new album(s) Animal and Not Animal, what type of things were you reading and listening to, during this process, which may have carried over into the undertones of the recording(s)?

AF: For most of us, we didn’t listen to anything, except what we were doing. There was stuff that we had brought in from the past, but…I was just talking about this the other day, like, I have just now started to listen to other music, again. (Laughs) For almost that whole time we were recording, we were just referencing ourselves and building off stuff we had in our heads, if that makes any sense.

AF: Like if we were listening to Pet Sounds (by The Beach Boys), we’d end up making something that sounded like that.

CoS: Okay. (a beat) In this process, how does the collaboration between all the members in Margot work, since there are eight of you in the band?

AF: There really isn’t one process we use for anything. We listen to the song and then if someone has a strong idea about the direction, then we’ll start there. Normally, it flows from what the song sounds like on an acoustic guitar. Sometimes, it will seem like maybe only two people should play on it – like it should be a real sparse arrangement. And then there are other times, where it feels like we should throw the kitchen sink at it. I don’t think we ever formulate.

CoS: I’m sure you get tired of talking about the unique circumstances that came about, concerning the release of Animal and Not Animal, but could you give a little 101 crash-course on the situation and how the decision was made to release two versions of the album?

AF: Yeah, sure. Animal is the record that we made. We selected all the songs. We recorded like 20-25 songs, during the sessions and that’s the record we turned into our label (who pretty much let us do our thing, while we were recording, which was pretty cool).

But when we turned it in, they thought it was too weird or they didn’t like it because they were expecting different songs to be on it that weren’t. (Laughs) So, they weren’t going to put it out. It ended up becoming a big stalemate for a couple weeks and they were pretty adamant that that they weren’t going to issue it out, at all, unless we changed it. Of course, we really wanted to have it released, so we said, “Fine, you guys can have whatever songs you want and make your own record and then we’ll release ours on vinyl.”

So, it was done like that to allow us to release the record we had made, initially. If we hadn’t done this, then nothing would have ever come out.

CoS: I know on these new recording(s), you feature material that was present on past albums such as your Daytrotter Sessions EP and previously released debut, The Dust of Retreat, but do you feel by 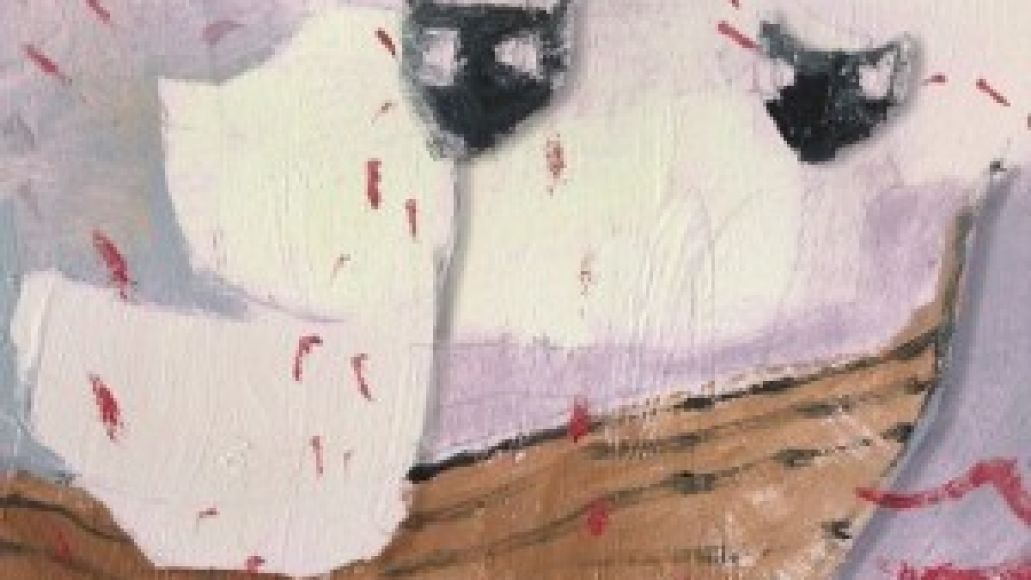 blending the old with the new on Animal and Not Animal, there’s a disruption of sound maturation that sort of upends the line or direction, due to the mixing-in of these older tracks?

AF: I think this album is a nice bridge between the first album and our next one. The first album was a little more folksy and acoustic based, while this one strays away from that. I will say, also, I think the group and sound has evolved. We’ve all changed as people. It wasn’t so much a conscious effort to make something from our first album, but it definitely came out that way (Laughs).

CoS: Aside from being the guitarist for the band, you also do a lot producing. Did you have any producing role on the new stuff, at all?

AF: Yeah. Me and Tyler and Richard, as well as the producer we were working with, Brian Deck, sort of collaborated on all that stuff. Well, not sort of. (Laughs) Brian was definitely the overarching producer, but we had already started recording stuff at our own studio. It was like a serpentine effort.

CoS: Why’d you guys choose to go to Chicago to record the new stuff and spend the three months there, rather than somewhere else?

AF: (Laughs) The studio was totally badass. They had really nice equipment. We got to record on two-inch tape. Plus, it was Brian’s place of choice. Also, I think we wanted to get out of our hometown and really concentrate on what we were doing. (Laughs) The winter in Chicago is so cold and it’s really easy not to go outside for two to three weeks at a time.

CoS: During your recording, Richard kind of went through a period of experiencing severe panic attacks. Coming from a band standpoint, what was the initial response to these episodes? Was there fear that it all would fall apart or was this sense of fragile uncertainty more of a positive, since genius and true beauty often blooms out of such measures of disparity?

AF: I knew the record was going to come out well because I had that kind of trust in everyone and I thought the songs were great. I never worried about that. I think the panic was more of a feeling of anxiety towards the world in general and our experience in that over the past few years. It’s kind of a coming to terms with not necessarily growing up, but becoming more aware with what’s going on, outside of us. Like, whether we cause the world to end or if it’s just destined to be so.

There’s been a general, end of day’s mindset that Richard has definitely been picking up on, as of late, and there’s no way that that’s not going to ripple out onto all of us. 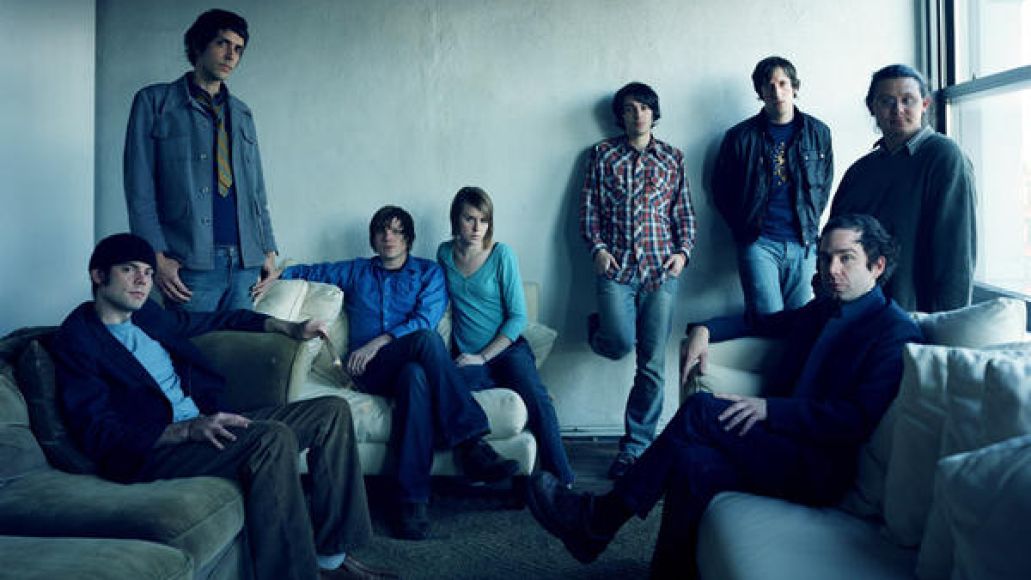 CoS: A lot of your work seems to have this heavy theme of fear and doom…

AF: Yeah, it’s not a very happy-go-lucky thing to want to talk about, but it just felt so palpable, with what’s happened over the past two to three years, that it seemed like the right thing to do and deal with and put on record. I’m just glad, that for the rest of my life, I’ll be able to have this diary that houses all these things that I am or was feeling, which are really hard to explain. I think it does evoke a mood, at least for me, that one would experience right before having a panic attack. I know I have definitely have had a couple of them.

CoS: Yeah, I’m pretty sure everyone has, whether they recognize it or not.

AF: I didn’t know what they were for a long time. I was kind of glad there was a name for it. (Laughs) But I got over those, after a little while, so it was easy to get back into that frame of mind when they started happening to Richard. I think we all are fairly prone to depression in the first place, so…

CoS: I’m actually glad you said that because that was my next transition. Overall, why do you think people, in general, or artists, in particular, are so consumed by gloom?

AF: I feel like in my case, I don’t want to feel that way, but it’s a lot like a canary in the coalmine. In a way, we are all a barometer of things that are happening. I don’t want to concentrate on the dark things that are happening on the planet, you know, I’m really interested in being happy. But, I think part of that process, though, is maybe sometime you have to point it out to people. It definitely makes me feel a little less crazy knowing that there are other people feeling that way.

CoS: It’s like you acknowledge that the presence is there, but don’t necessarily dwell on it forever. It’s more of a tool to grow and mature with, even though you don’t know what’s going on.

AF: Yeah, after a while, it can become sort of dogmatic.

“I Am a Lightning Rod”

“As Tall As Cliffs”

Interview: Andy Fry (of Margot & the Nuclear So and So's)