Great bands often falter out of the gates. Fortunately, nobody has told this to Raise High the Roof Beam. Throughout their delicately textured catalogue, the Chicago based rockers presented themselves about as well as you could to a packed Empty Bottle on December 30th. New “Indie” bands usually bend over backwards to appear as off-the-cuff unique as possible, spending more time of their elaborately chosen wardrobe than deciding which song to close with. Needless to say, RHTRB chose “closing” over “clothing.”

It’s a difficult genre to allude to without lumping together a slew of anonymous “next big things” that come and go, sell their songs to the latest iPod commercial, and then disappear into relatively (albeit financially secure) obscurity. The best time to see a new band is when they finally get the stage their youthful promise/potential deserves. As a native Chicagoan, and alternative-rock enthusiast, it’s impossible to ignore the feeling new bands must get when they book a show at the Bottle.

Though it’s impossible to discern the group’s feature artist in a live setting, the group’s obvious leader is Thomas Fricilone. The chief-songwriter/founding father is certainly the driving force behind the sonically texturized group’s bombastic take on introspection. It’s fitting that he stands head and shoulders above the other players, but without lead guitarist Josh Lambert’s assertively distinct six-string serenades, pianist or Aly Barohn’s terrifically quaint vocal delivery, and bubbly onstage-presence, he’d be in over his head. Bass player Will Wood’s steady, nicely nuanced cadence blends feverishly well with  Scott Westrick’s never over done, always flourishing time keeping bring this point home: Without these players, Fricilone realizes he’d be little more than just another great songwriter playing open mikes at your local coffee shop (that has probably gone out of business recently anyway).

“It really starts out as a solo project, and I’d have people come in and sing or play on a few songs,” Fricilone informs. “I liked the energy Aly and Scott brought to the table, so it just went from there.”

Despite an early lot of turbulence regarding the band’s lineup, Raise High the Roof Beam has managed to meld together quite nicely in preparation for what promised to be a fruitful new year. 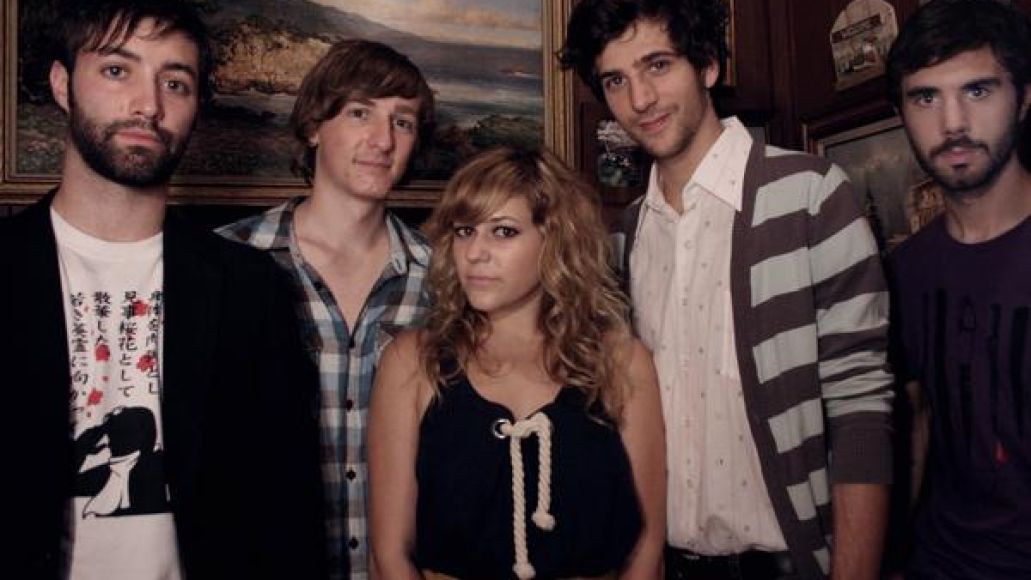 They agree that the seamless fusion the band generates came as a direct result of early cohesion between all players. Thomas asserts they didn’t go looking for specifically inspired musicians. As a result, they each bring their respectively dissimilar influences to the table.

“Josh and Will just joined in September, and it was just instant energy,” Westrick chimes.

Yes, this is a band in its infancy, but they aren’t necessarily as green around the ears as their collective youth insinuates. Despite having two musicians call it quits last summer, their critics have been quick to provide a collective thumbs up to RHTRB.

“The day after out first guitarist told us he was leaving, we got a picture of us in the Tribune, and we had this great review written up about us in it, and that was like—yes, let’s keep going,” Fricilone says, “That really picked us up a lot. It really picked me up a lot.”

The critical acclaim is warranted, and their soon-to-be-released debut full length packs as much promise as any local band has in recent memory. What’s refreshing about this looming reality is the affable personality of  a band on the brink. You’d think these kids would speak as if they had something to prove, but their relaxed discourse evokes a self-assuredness beyond their years.

No one seemed to take the reigns of the roundtable during our conversation, and though Fricilone spoke a majority of the time, each member seemed to proudly proclaim they are a band that’s on the scene for the long haul.

“When people started paying attention, and we got better press, it became more of a longevity type thing. But then we got scared because members were leaving,” Westwick says.

These kids can play. They know it, but certainly don’t take their talents for granted. As we sit and chat, each member coolly folds their legs, sips chamomile tea, and laughs off my digression on why music can actually sound important. They seem sure of themselves without oozing the unearned cockiness many related Indie bands project during interview sessions.

Their sound has oft been compared to popular Indie darlings like The Arcade Fire, and Bright Eyes, but they aren’t necessarily taking these ascertains as full-blown, ego-stroking compliments.

Barohn says, “I think the only reason people liken us to Arcade Fire is because we all sing vocals… and we all chant…”

Fricilone chimes in mid sentence with the evening’s juiciest quote. He says,” I think if there’s one band we’re guilty of sounding like, it’s The Beatles.” 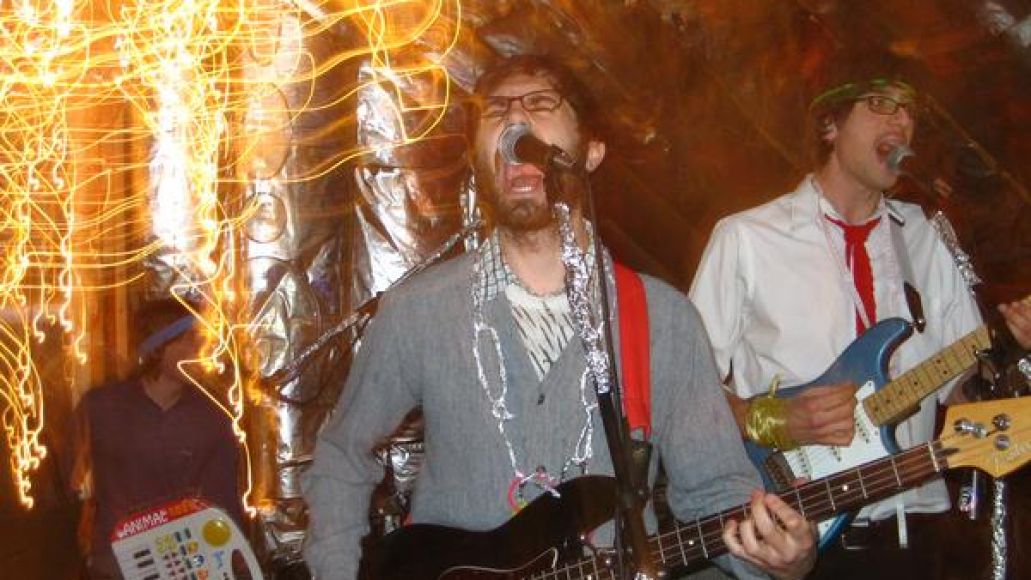 This generates an outburst of collective laughter, and a bombardment of hand claps for the sheepish lead singer in appreciation for his bold statement. The thing is, he has a point.

In an age where bands are trying to find new, strange ways to convey a sense of musical relevance (i.e. Vampire Weekend bringing reggae back), it’s quite refreshing for a new band to go back to the roots of rock and roll for influence. Though Fricilone insists he didn’t begin writing songs to “sound like the Beatles,” he finds the harmonic formula of Liverpool’s most famous foursome an alluring songwriting tactic.

From the instant Raise High the Roof Beam took the stage, they had their audience in their palms, and gave them a perfectly tousled ride through their seamless catalogue. Though the five-piece is a proud owner of a mere dozen songs, each offering kept people listening, and when it called for it, even a little dancing. (Foot-tapping was a necessity, at the very least)

Fricilone consistently bounced from side to side, leading the revelry, looming like a gentle giant over the rest of his band. Josh Lambert’s stylishly groomed guitar-virtuoso lent the verse-chorus-verse templates of each song the paunch they needed to drive it all home.

Wood’s steady gaze, and steadier “pluck” with the bass set out a lure for the ear. That coupled with Westrick’s magnetic drumming, and Brohm’s genuinely exhilarant presence, and enthusiastic display of skill, and poise provided a unique slant on how to present music so refreshingly crafted and performed.

They had their moment, and they nailed it.

Yes, it was a free show. Sure, this was probably a big reason why the place was packed, but the crowd certainly paid their respects to an excellent new band just beginning to realize its full potential. Empty Bottle crowds are a tough bunch to please. Hipsters are a tricky slew of muse-fuelled dwindlers. They like to latch on to impressive acts before anyone else does, and will likely try to keep Raise High the Roof Beam a secret for as long as they can. I wish them luck because bands as quality as RHTRB are difficult to keep under wraps for too long.

One thing is for certain: If the Bottle show was any indication, these kids have certainly raised the bar (or Roof Beam) as high as a new band could hope to.