The French get a bad rap in our military history books. Especially in the wake of anti-French sentiment in America during the early stages of the war on Iraq (remember Freedom Fries?), Americans are more apt to remember Napoleon’s defeat at Waterloo than his success at Giza. France comes off, to many, as a country whose signature military move is to go belly over–in Canada, in Vietnam, in Algeria…everywhere.

The major mistake of American popular opinion is that the French did just this in 1940, and laid down their guns in surrender to Nazi Germany.

This is where Leonard Cohen comes in.

At the urgings of General Charles De Gaulle, broadcast on BBC radio, thousands of French men and women took to the hills, and heroically defied the Nazi occupation in the north and the puppet government instituted at Vichy. By the time the allies had landed at Normandy, the French Resistance had organized an irregular fighting force of over 100,000.

Throughout the occupation, the Resistance sought to weaken the holds of Nazi Germany and the collaborationist Vichy government by sabotaging railways, assassinating Nazi leaders, and gathering and communicating military intelligence to England. It was dangerous work–the average life expectancy of a pianiste, or espionage radio operator, was six months.

Their struggle against the occupying forces was historically recorded in two surviving historical songs: “Chante des partisans” and “La complainte du partisan.” Cohen had heard the latter on Canadian BBC radio – although in translation. The original was a poem written during the occupation by an FFF (Free French Forces) soldier named Emmanuel D’Astier de la Vigerie, and put to music by the singer Anna Marly. It was then translated into English by Hy Zaret – then famous for having written the Righteous Brothers’ “Unchained Melody.”

Cohen then recorded the song for 1969’s Songs From a Room. He is often incorrectly credited as the composer of the song – although he is certainly responsible for its survival. Cohen’s version 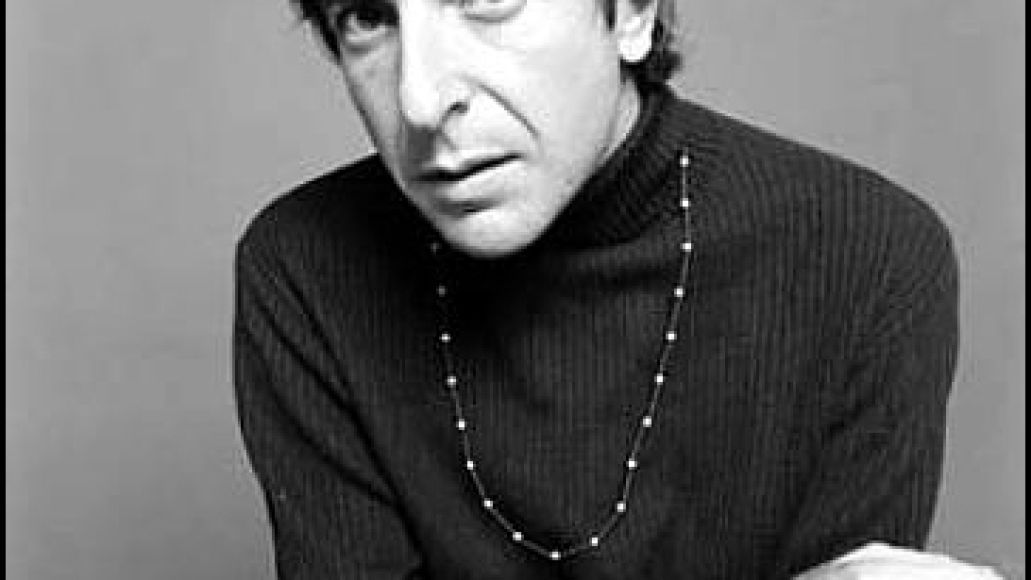 downplays the song’s historical content – the English lyrics contain no references to France or the Nazi occupation, but when Cohen swings through the song a second time, in the original French, the first line is: “Les Allemands etaient chez moi”/”The Germans were at my house.”

The song, having been recorded by many French singers since 1943, has a somewhat ironic tradition of being by women, including Buffy Sainte-Marie, Anne Pruncale, and Joan Baez, despite the prominently male point of view: “j’ai laisse ma femme et mes enfants.” Cohen’s version, on the other hand, has an interestingly postmodern circularity – here’s a Resistance song about fighting Nazis being sung by a French-Canadian Jew in English, nearly thirty years after it was written.

“The Partisan,” in any language, reminds the listener of a simpler time–despite the song’s calm despair, there’s a Spielsbergian sense of right and wrong, good guys and bad guys, native and invader. Tonight, in the Gaza, it’s a mystery who the real partisans are–are they Israel, fighting for control of a Promised Land? Or are Hamas the invaded, claiming that the Holy Land is a waqf, or trust land, whose ownership is to be assigned by a religious, and not political body? Nor has either side proven to be the better, both being recently condemned by the international community for the increasing viciousness of their attacks on one another.

This is where the final stanza of Hy Zaret’s English translation of “La complainte du partisan” comes into play: “The wind, the wind is blowing/through the graves, the wind is blowing/Freedom soon will come/and we’ll come out from the shadows”–as opposed to the original: “le vent souffle sur les tombes/la Liberte reviendra/on nous oubliera/nous rentrons dans l’ombre” [the wind is blowing on the graves/Freedom will come back/everyone will forget us/we will return to the shadows]. Maybe the mark of real partisans, like the one who wrote this song, is that instead of asking to be remembered, they want to do their duty, put their country to rights, and then be forgotten.