At first glance, the city of Kansas City, Missouri clearly sounds like a definitive Midwestern baseball city, thanks to the Royals. Names like George Brett, Dick Howser, Dan Quisenberry and the legendary 1985 team that won the World Series against their cross state rivals the St. Louis Cardinals adorn the streets from sunrise to sunset. With no stone unturned however, Kansas City possesses another hidden gem of extraordinary beauty. Deep and hidden within the confines of this midwestern metropolis lies a hidden temple of indie rock worship. One of the bands currently standing guard at its gates are the city’s finest group, The Republic Tigers.

Led by guitarist/vocalist Kenn Jankowski, The Republic Tigers take a wondrous sonic journey through the tonal gardens and stopping for lunch in the luscious harmonic forests. To put it in blatant terms: this young quintet loves, loves, LOVES to create an ambient scene. Jankowski’s smooth guitar lines over guitarist/keyboardist Ryan 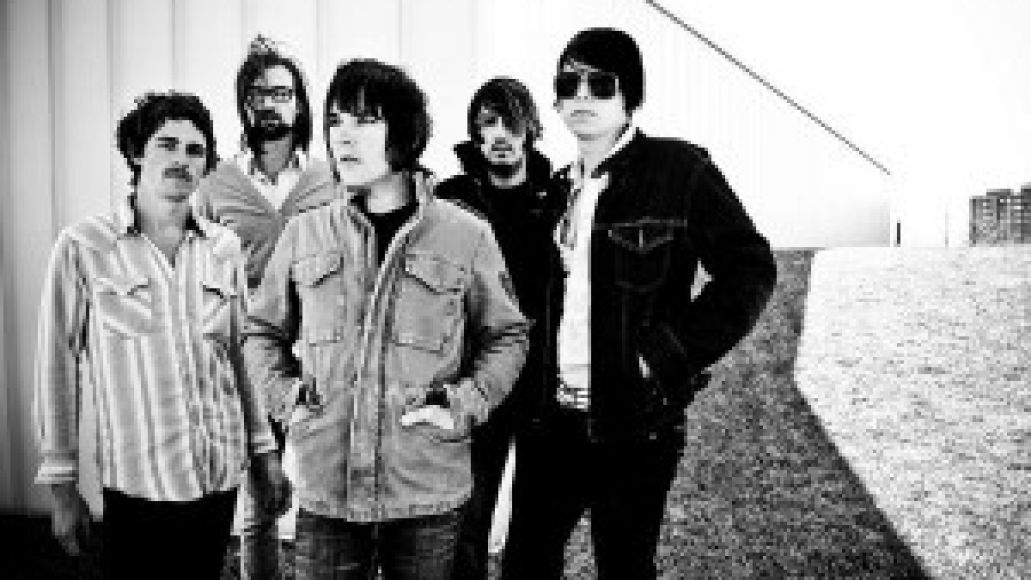 Pinkston’s subtle chord changes create a mellow and subdued voice combined with a lime twist of early 90’s grunge. Songs such as “Fight Song” and “The Nerve” display the band’s brilliance of combing modern day indie staples of disjointed melodies and ambient harmonies as well as using fruits from the 90’s tree of grunge to plug in the holes. The guitars sound great and drummer Justin Tricomi really ties it all together with his deployment of percussive onslaughts.

Slivers of Nirvana, U2, The Killers, The Smiths, Gary Numan, XTC, Simple Minds and countless other British influences across the big pond find themselves embedded in the music of this young Missouri quintet. While their influences are strong and work together amicably, the band as a whole cleverly avoids typecasting as a strict “indie” act. No calling for the knockoff hanger here. These guys definitely can ring some bells, and possibly a few people’s ears too.

Currently the band is gearing up for their performance at Tomorrow Never Knows as well as a few other dates around the Midwest. They’ll be promoting their newest release, their first LP Keep Color on Chop Shop Records. While it may be a while before the Kansas City Royals secure another World Series championship, Kansas City itself can breathe a sigh of relief to its credit that they contain one of the best bands to watch out for in the years to come.