I firmly believe that Kansas is the greatest American progressive rock group of their generation. Throughout the 1970s they composed some of the most memorable prog-rock songs of all time and achieved mass appeal. “Carry On Wayward Son”, “Dust in the Wind”, and “Point of Know Return” are legendary tracks. Even beyond these well-known hits, Kansas’ repertoire is constant in its awesomeness. No matter the decade, no matter the hardships, Kansas has kept its heart beating.

Many ’70s progressive rock outfits struggled through the 1980s. Only a solemn few emerged from the gauntlet of the drastically changing music industry with their integrity untarnished. Acts such as Genesis, Rush, and Yes kept afloat by meshing their prog-rock talents with the synthetic sounds of mainstream pop. They met with unprecedented success, but not all groups who attempted the switch can say the same. Jethro Tull’s 1984 effort, Under Wraps, fell on deaf ears despite cool synths, drum machines, and a chic spy noir motif. Kansas’ 1983 album, Drastic Measures, met a similar fate. It sold poorly, alienated longtime fans, and has since been forgotten, but even more so than Tull’s album it begs to be rediscovered.

At the onset of the 1980s Kansas underwent major changes. They had ridden a tsunami-like wave of success since the 1976 release of Leftoverture followed a year later by Point of Know Return. However, their two following albums, 1979’s Monolith and 1980’s Audio-Visions saw that wave break. The music still harnessed Kansas’ unique blend of mysticism, the American West, and violin-heavy rock ‘n’ roll, but their cohesion was slipping and the state of rock was moving on. Lead-singer, keyboardist, and prominent songwriter, Steve Walsh, left Kansas to form the band, Streets. His replacement was John Elefante, whose voice was compatible to Walsh’s and who took over his portion of the song writing and keyboard playing. Their next album, Vinyl Confessions, was a stepping stone, between classic Kansas and the modern state of rock, but still not the breakthrough success they had become accustomed to. 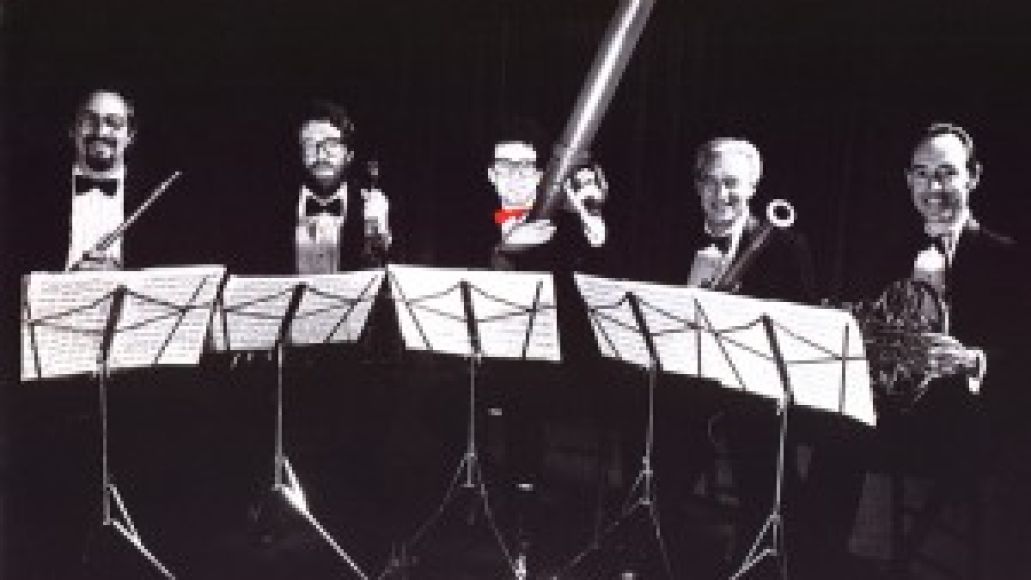 The changes didn’t end there. Bassist Dave Hope and guitarist, keyboardist, and lead songwriter, Kerry Livgren, had recently become born-again Christians as was Elefante. This led to Christian overtones appearing in Confessions‘ lyrics. The lyrics are loose enough that they associate with whatever best suits the listener. I never noticed them until they were pointed out to me. U2 is obvious, Kansas… not so much. Regardless, this generated a sudden influx of evangelical Christian fans. They began handing out religious pamphlets regarding the album’s lyrics at Kansas’ shows and Contemporary Christian Music Magazine named Vinyl Confessions the #1 album of 1982. In response to this, Robby Stienhardt, the band’s distinctive violinist and on-stage front man, left the band.

Guitarist Rich Williams and drummer Phil Ehart were the only original forces in Kansas still present and fundamentally unchanged. They remain the only members never to leave.

“Everything was changing, and the future wasn’t bright. The only reason I didn’t leave was that I was too curious to see what was going to happen. If Kansas was going to go down in bloody flames I wanted to be there. I wanted to go down with the ship.”

Drastic Measures is exactly what its name implies it to be: a desperate attempt to hold on to rock stardom at all costs. Two key members were gone, Loverboy and Foreigner were tearing up the charts, and synth-infused rock ‘n’ roll was the only clear path to commercial viability. Taking stock of all this, Kansas dove head first into the genre of mainstream rock. But there was a twist. The band’s progressive nature turned this very self-conscious transformation on its head. If they were going to make a pop-rock album it would be on their terms. 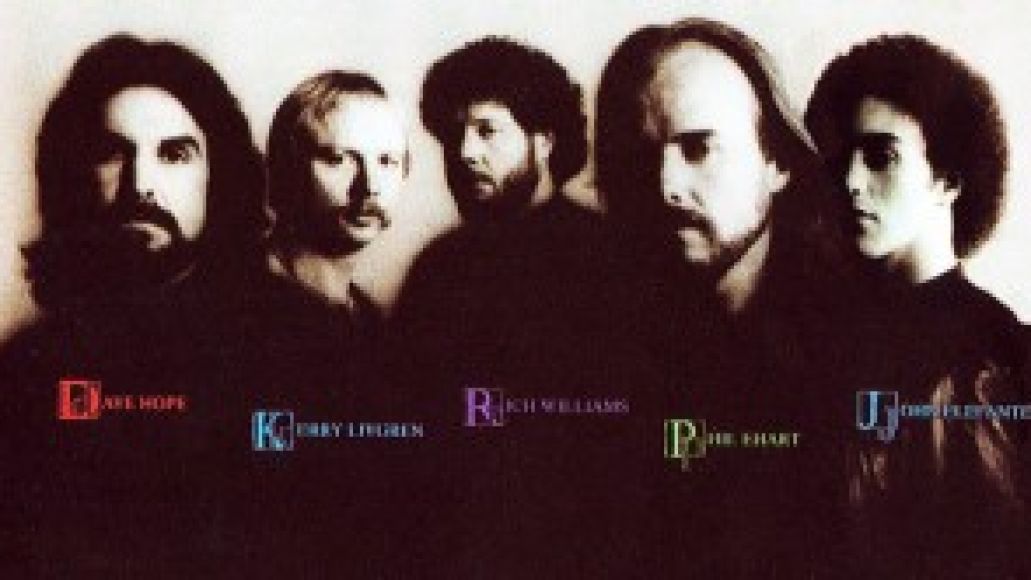 “Fight Fire With Fire”, opens Drastic Measures with a bang: a searing grind of guitars over ominous synth harmonies that bleed into dreamy digressions. “There’s nothing to lose, ’cause it’s already lost. In a runaway world of confusion – I’m not gonna take it!” sings Elefante defiantly. “Fire” is pure rock ‘n’ roll machismo – cryptic lyrics of struggle based around a catch phrase. The song rocks to degrees others groups’ tracks in the format can’t measure up to: a powerful wall of sound that, even in mellow moments, doesn’t let up. Pure rock energy. It makes you feel like a sexy electric badass riding a post-apocalyptic war machine. Try and deny it. 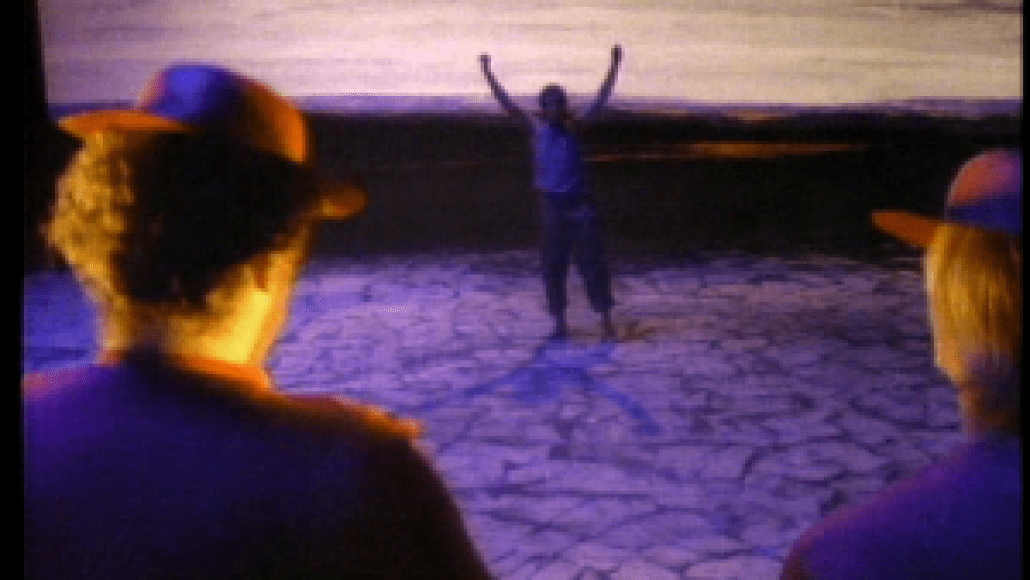 The next avenue of pop-rock cliché Kansas tackles is the inherent obsession with wealth and fame. “Everybody’s My Friend” is a catchy song about the excitable populous’ hunger to interact with the famous. Like the majority of songs on the album “Everybody’s My Friend” was penned by John Elefante and his brother, Dino. The song’s subject is a reaction to Elefante’s sudden fame as lead singer of an international act and the disillusionment caused by absolute strangers trying to connect with him. “Have you met Mick Jagger? Ringo, George, or Paul? Do you have my number? Will you give me a call?” asks the eager fan.

“Mainstream”, written by Livgren, mirrors “Fire”‘s digital warfare spirit. It calls to mind Apache helicopters firing rockets over a futuristic cityscape, and has a seething rhythm breakdown perfect for stalking prey through the urban jungle. “Mainstream” is the heart of what makes Drastic Measures successful and unique, its self-awareness.

“It’s so predictable and everybody judges by the numbers that you’re selling
Just crank ’em out on the assembly line and chart ’em higher
Just keep it simple boys it’s gonna be alright as long as you’re inside the Mainstream.” 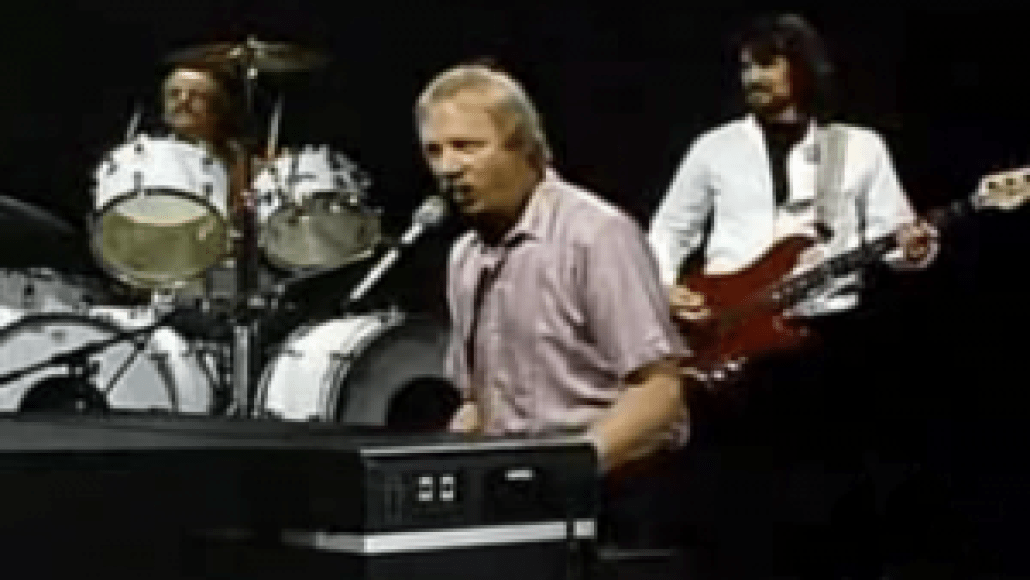 Livgren makes plainly apparent the beautiful irony that Drastic Measures embodies; consenting to studio demands but playing by his own rules and criticizing the marketplace. “Really loved it, didn’t earn a cent, no one’s buying your experiment” writes Livgren, bitterly mocking studio bosses. “Are we moving too far away? Is it worth it if it doesn’t pay?” muses the chorus, answered by the reoccurring line: “survive another year.”

“Get Rich Now” harnesses a quintessential Kansas sound atop the backdrop of modern production. It continues the theme of mainstream awareness and chronicles greed through the ages. The chorus is a mechanically filtered mantra of the words “get rich now”. The song’s dark undertones not only targets major perpetrators of greed but subtly accuses the current direction of the band itself. This sentiment reoccurs in Livgren’s “End of the Age”, a ballad about the time of Revelations. This track in many ways sounds more like a traditional Kansas song than any from either of the previous two albums and is the only song on Drastic Measures that features Livgren’s distinctive organ playing.

With a beautiful swelling of synth strings interposed with rock guitar, “Going Through the Motions” turns a critical eye to the audience. “Do you really mean to tell me that you’re satisfied?” the song asks while musical and lyrically depicting a scene of city dwellers marching unison, briefcase in hand, to their appointed places. “Don’t Take Your Love Away” is a power ballad tried and true and appeals to all standard conventions – the title says it all. Where the song prospers above other power ballads is that it’s Kansas. It has the harmonies, rising musical surges, and smoking guitarmanship to prove it. 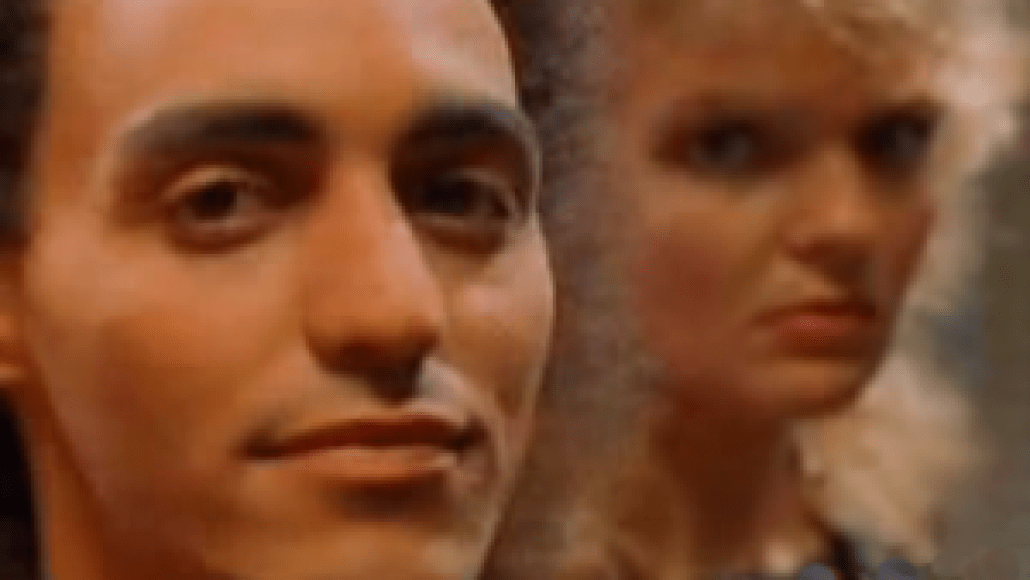 One of the most unusual tracks on the album is “Andi”, a very pretty soft rock song. It’s rich with all the melodies and magic of the 80s prom of your dreams. Think “Time After Time” meets “Forever Young” with a pinch of Tangerine Dream‘s soundtrack to Legend. What makes the song truly unique is the subject matter. It’s about a transgendered girl “trapped inside a little boy’s body.” Some suggest it’s just about a girl who can’t wait to grow into a woman, but the lyrics side with the alternative. The song is lush with beautiful sounds, like a fantasy film; an aspect of enchantment bringing to mind fabrics twirling in slow motion, soft focus, and a voice that promises to grant her dreams. Despite her divergence from the norm “Andi” is granted the same beauty and understanding one would grant to a “normal” girl. I applaud Elefante for reaching beyond his evangelical Christian background to give unconventional subject matter the tenderness and understanding it deserves.

The final song on the album, “Incident On a Bridge”, is powerful Livgren work with a triumphant sound to it. The lyrics are allegorical certainly of spiritual tribulation and successes, but also speaks of Livgren’s long road with Kansas and the hint that he might move on.

Going Through the Motions. 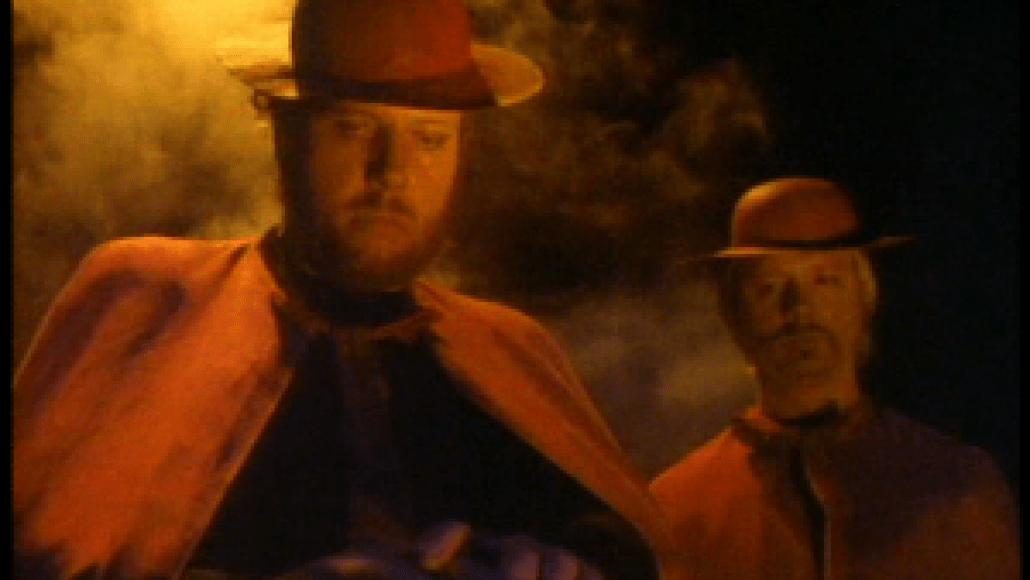 “Fight Fire With Fire” made it to #3 on the mainstream rock charts, though it floundered past 40 in other rankings The album ranked 75 on the Billboard 200. The videos for “Fire” and “Everybody’s My Friend” don’t do the songs justice. They’re what you might call “concept videos”, but the actual concepts are anyone’s guess.

In “Fight Fire With Fire” some guy is having dreams within dreams where he’s enslaved in a coal mine by the Spanish Inquisition and can throw fireballs. Also a giant mosquito sucks his blood. Awesome. Be sure to note Kerry Livgren and Rich Williams’ funny hats.

I love the ending. “Oh hey man, you were having a nightmare and we were standing here… watching you.” 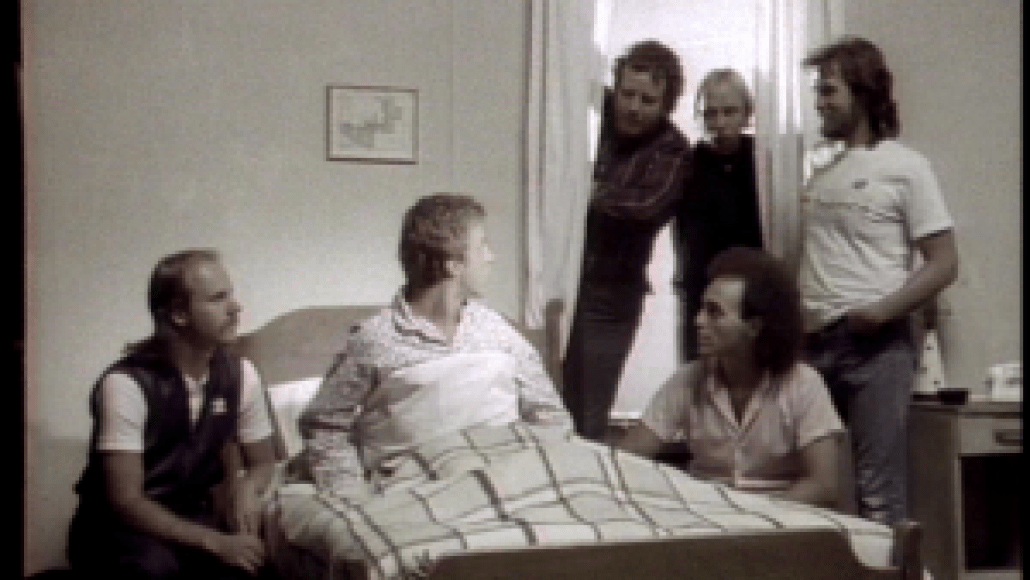 In an interview on the Sail On DVD Rich Williams is particularly resentful:

wearin’ that hat.” Because that’s what I was thinkin’. But you know, who am I? Everybody’s pointing and telling me what to do…”

The same director returned for “Everybody’s My Friend”, which is a better video, but makes just as little sense. The coolest part is that it features the bazooka-toting bow-tied musician from the cover of the album. Why he’s also a luchador is anybody’s guess.

End of the Age. 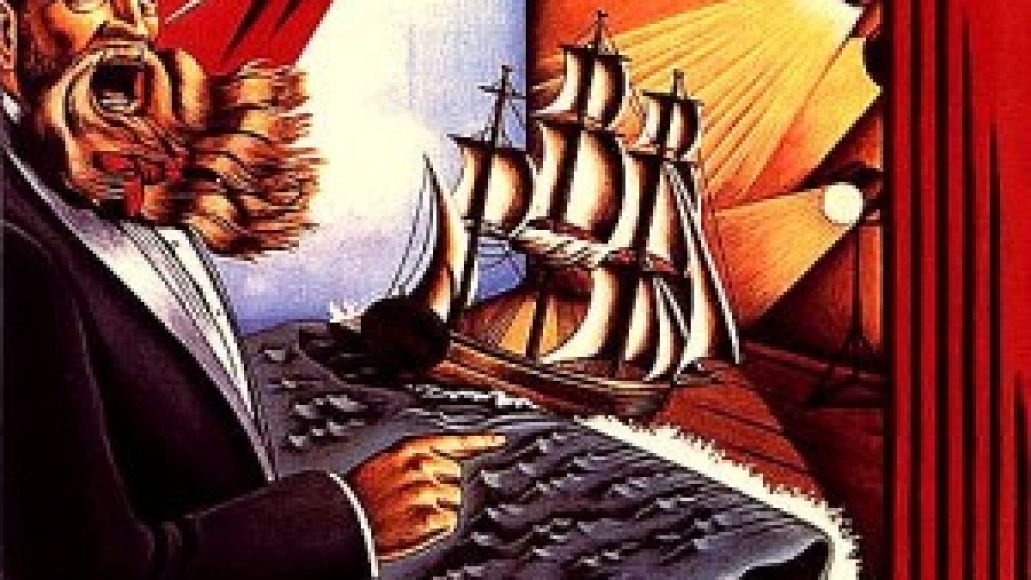 Even without the violin or many of their other conventions, Kansas’ distinctive harmonies and instrumentals survived and adapted into the era’s new sound. Producer, Neil Kernon who’d produced several Hall and Oates albums, as well as Walsh’s band, Streets, assisted them in the transitory process. Some aspects of the sounds he cultivated with Kansas returned a year later when he produced Autograph‘s lone hit “Turn Up the Radio“. That same year, Kernon and Kansas (minus Livgren and Hope) reunited one last time to produce a new track for the band’s first greatest hits album, The Best of Kansas. The resulting song, “Perfect Lover”sounds far more like conventional mid-80s rock than any track from Drastic Measures. Though a well-crafted and fun rock song, it’s definitely not the same.

Elefante left the band to go on to become a giant in the Contemporary Christina Music scene.  The following year Steve Walsh returned to Kansas and brought on bassist Billy Greer. Since then they have produced five wonderful albums all leaning back towards their classic style, particularly their last album, Somewhere to Elsewhere, which reunited them with Livgren and Stienhardt. The lineup of Walsh, Williams, Ehart, and Greer remains the essential core of Kansas to this day. They still play “Fight Fire With Fire” at shows, but largely their work on Drastic Measures collects dust.