Hey, folks! Welcome to the first installment of Audio Archaeology, a bi-monthly feature of eclectic music. Just so you know, this new column is in conjunction with Media Potluck, which covers (and uncovers) all manner of off the beaten track media: video, audio, print, and more. They scavenge thrift store bins, yard sales, and the infinite mysteries of the web to rediscover forgotten or unsung gems worthy of your eyes and ears. But more importantly, they tell the stories behind what they’ve found, how they found it, and their personal connections to it, unearthing all the strangeness and beauty that our ever-growing multimedia world has to offer. So, with a strong focus on audio and music, we’re bringing over one of their writers, Cap Blackard, who’s going to champion the feature himself (and with occasional guests) from here on out. Enjoy!

I can’t think of a better way to kick off this column than with one of the greatest musical compilations of the 20th century, the Voyager Golden Record.

If there’s one good thing I could say about the Cold War it’s that it had America looking to the stars. The space race was both a beautiful and chilling thing. America was a country of cowboys again, pioneering a frontier, a frontier which nurtured the dreams of scientists and philosophers. What wasn’t possible? In this spirit of profound curiosity and exploration we sent humans to the moon and machines farther beyond. Voyager I and 2 are exploratory probes that took photographs and scientific measurements of the farthest planets in our solar system. They will continue to travel, even after their mission has ended and their 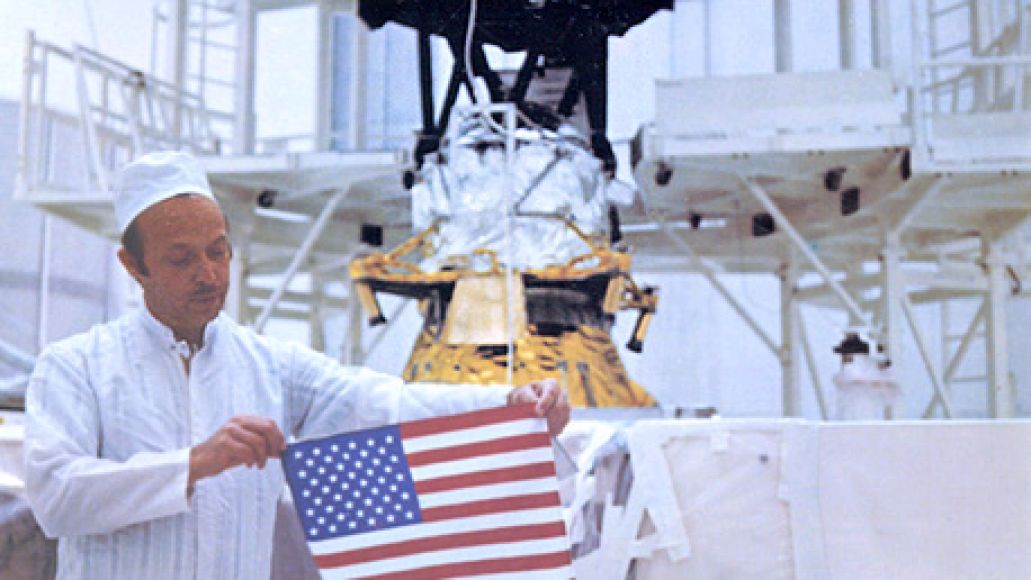 systems shut down, carrying with them a profound message of peace: the gift of music.

During the mid-nineteen seventies, a group of scientists and producers, led by astronomer Carl Sagan, complied the mixtape to end all mixtapes. An offering of 31 tracks, painstakingly selected as defining examples of humankind’s good intentions and accomplishments. These tracks, along with 116 images, were encoded on two gold and copper LPs and launched into the stars.  At this very moment, these relics of Earth’s cultural history are riding on the backs of the twin Voyager probes as they push past the threshold of our solar system and into the unknown.

The records serve as bottled messages adrift in the infinite sea of stars. If other life exists in the universe, chances of them coming across the Voyager probes are next to impossible. Nonetheless, the gesture is profound and inspired. Over the span of six months, Sagan and his team scoured the globe assembling a diverse and worthy collection of just the right music and sounds to represent our planet.

The compilation begins with human voices. An introductory greeting from UN Secretary General, Kurt Waldheim is followed by greetings in 55 languages, beginning with Akkadian, an ancient Sumerian language, and ending with Wu, a modern Chinese dialect. Not all greetings are simple “hello”s. They tell something of the attitudes of their regions. “Friends of space, how are you all? Have you eaten yet? Come visit us if you have time” is the humorous greeting in Amoy. Whereas the Rajasthani greeting reads more like a veiled warning, “Hello to everyone. We are happy here and you be happy there.” The English greeting, which concludes the tack, is a young boy saying, “hello from the children of Planet Earth.”

The next track is of personalized introductions from each of the UN delegates to the extraterrestrials. Unlike the previous track of greetings, this track is more of a sound collage. The dialogue often fades from one voice to another before they even finish. Check out this delegate’s interesting suggestions about what an extraterrestrial would bother to know about Earth:

“My dear friends in outer space, as you probably know my country is situated on the west coast of the continent of Africa, a land mass more or less in the shape of a question mark…”

It’s certainly odd, but about a minute in, things get really strange. Whale noises. For the remainder of the delegates’ introductions, a whale song rises and falls in the 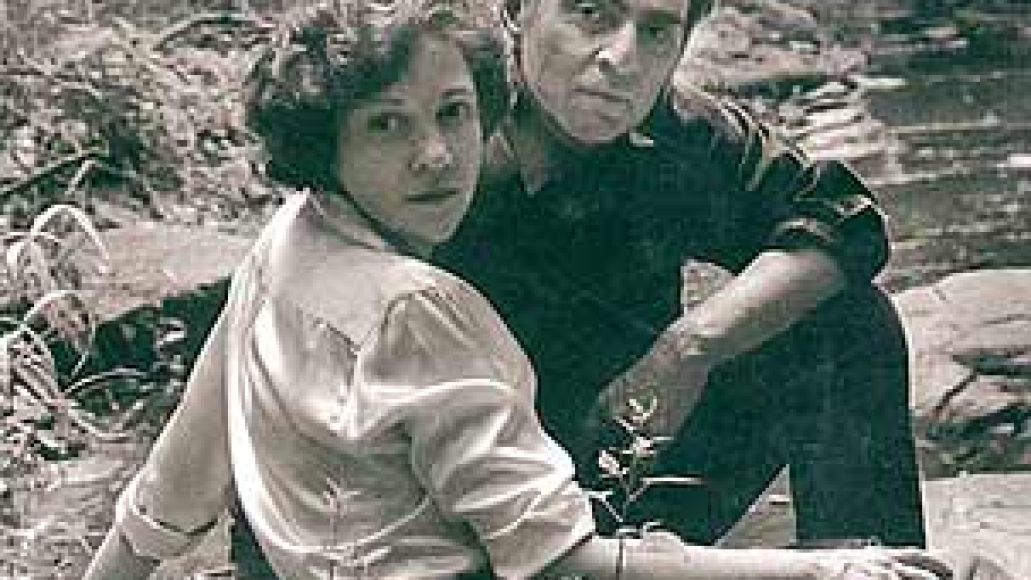 background, until, for the last minute of the track, there’s nothing else. Sagan was a true science-hippy visionary.  Star Trek IV anyone?

The whale song blends into the music of the spheres, the geometric ratios of our solar system translated into harmonies. This begins a twelve minute tour de force collage, featuring soundscapes from all over the planet. A roar of thunder, rain, wild animals, and the wind mesh with human heartbeats, footsteps, the sounds of industry – Saturn 5 lifting off. The track ends on a fascinating juxtaposition of concepts: a kiss, followed by a mother’s first word to her newborn baby, blend into bizarre electronic thrumming and a pulsing static hiss. Though the latter half may be cryptic, these are all messages of love. It was during the creation of the Voyager records that producer Ann Druyan and Carl Sagan realized and pronounced their love for one another. They were together until his death. The thrumming is Druyan’s brainwaves, the pulsing is a pulsar beating like a heart in the cosmos, just as Druyan’s human heart had beat earlier in the track.

“I had asked Carl whether or not it would be possible to compress the impulses in one’s brain and nervous system into sound…put that sound on the record and [whether] the extraterrestrials of the future would be able to reconstitute that data into thought. [He] said, ‘well, you know, a thousand-million years is a long time. Why don’t you go do it, because who knows!…’ And so my brainwaves and R.E.M., every little sound that my body was making was recorded… This was two days after Carl and I had declared our love for each other, and…what I was thinking [during that] meditation was about the wonder of love and being in love and…it’s on those two spacecraft even now.”

Druyan’s own words from a 2006 interview on WNYC’s Radiolab.

Druyan refers to the remaining 27 tracks as “a cultural Noah’s ark.” The first Earth music the aliens will hear is the First Movement of Bach’s “Brandenburg Concerto No. 2 in F.” Just think. Think about that complex sound, that painstaking, beautiful music locked in coldness and darkness, waiting – farther from Earth than any other object humankind has laid its hands on.

In addition to the Germans (2 more Bachs, 2 Beethovens, and a Mozart), Anthony Holborne and Igor Strazynski round out the classical music. (Can you imagine hearing “The Rite of Spring” in space? Yikes!)  Mexican composer Lorenzo Barcelata‘s “El Cascabel” provides a full-scale mariachi ensemble. And rock and blues are aptly represented by Chuck Berry (“Johnny B. Goode”), Louis Armstrong (“Melancholy Blues”), and Blind Willie Johnson (“Dark Was the Night, Cold Was the Ground”). Pretty good, but where’s the Beatles, right? Sagan wanted “Here Comes the Sun” on the record. A perfect choice. The Beatles said ‘yes’ but EMI said ‘no’.  And that is why, despite our best efforts, we beckoned down a holocaust from the stars. Way to go EMI. 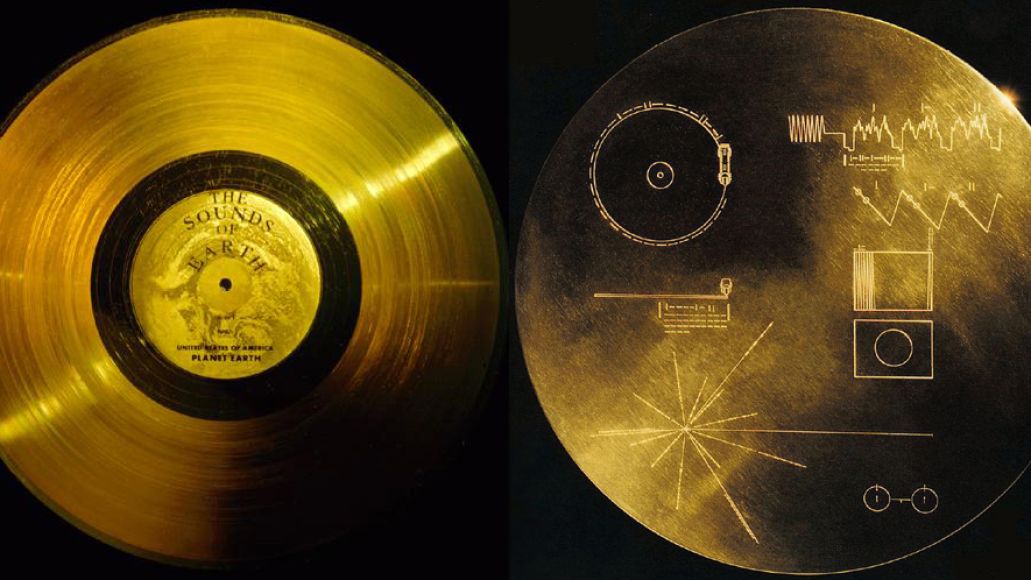 The rest of the album samples from non-Western cultures great and small all over the world. It is the most highly eclecticized collection of music I’ve ever heard. Senegalese percussion clangs and thumps in the primal rawness that time has transmuted into the call of the discotheque. The harmonized vocals of a Pygmy girl’s initiation song lull into the vibrations of a didgeridoo as an Australian aboriginal calls out to the Devil Bird. Humanity’s creativity and diversity is laid out dynamically in all its sadness and joy. Only on this record, meant to travel through space, is Mozart’s “Magic Flute” followed by a rural Georgian male voice choir (“Tchakrulo“) and Louis Armstrong and His Hot Seven’s jazz complimented by warbling and transcendental Azerbaijani balaban playing. It must be heard to be understood.

For decades, finding a copy of the Voyager record was a near-impossible task. In 1992 it was released as an enhanced-content CD with a re-issuing of Sagan’s Murmurs of Earth, a book on the process of making the Voyager record a reality. The CD has since become very scarce. Fortunately, the internet perpetually makes life easier.

You now can experience the entire Golden Record online, including all 116 pictures HERE.

And, while you’re at it, please enjoy this cosmic debris from my childhood