Feel so bad, feel so sad, feel so glad? Blues music has always had a mysterious therapeutic quality about it. How can sad expression-being down in the dumps-bring such comfort, and even joy at times, to listeners? What is it about those chord progressions, those blue notes, and those call-and-response patterns of field songs and spirituals that have the power to make life, as miserable as it can be, seem tolerable or even like a blessing? Maybe it’s the idea of taking our daily trouble, pain, and woe and transforming them into something beautiful, thereby liberating us. Maybe there’s a magic at work beyond explanation. What is clear, however, is that part of what has made the blues so endearing is that it helps us endure. So, maybe it isn’t so ironic that some of my happiest moments have come while listening to really sad music. Something about the blues.

It’s difficult to have a conversation about the blues without mentioning Robert Johnson several times. Johnson has become a blues ambassador of sorts and a popular starting point for listeners wanting to get into the old-time blues. Part of Johnson’s appeal is the mystery and legend surrounding his life and career. 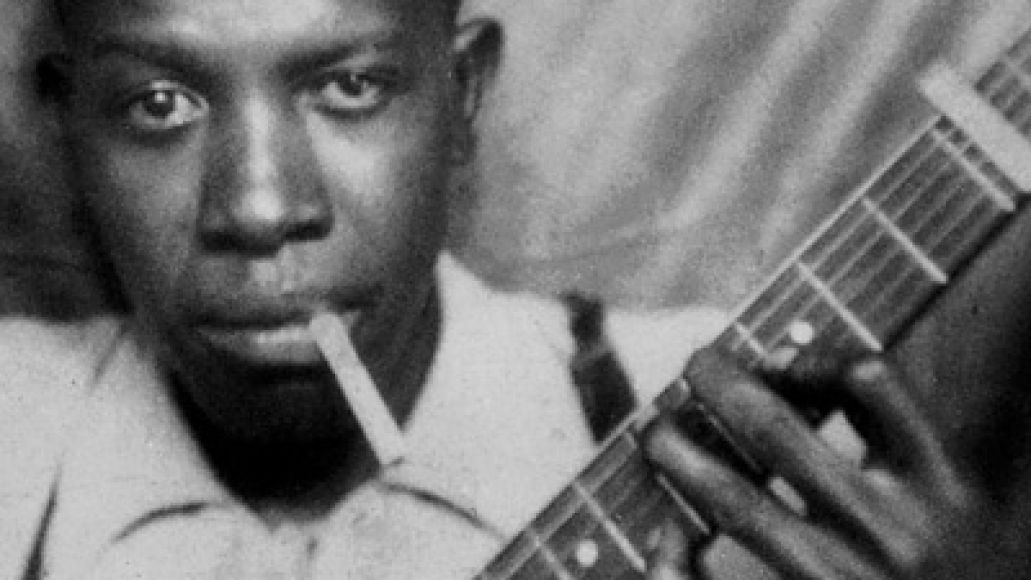 Only a few authentic pictures of him have survived, he only recorded a few times, his cause of death at age twenty-seven (an alleged poisoning) is highly disputed, and several cemeteries claim to have the grave of the real Robert Johnson within their walls. However, what Johnson will always be known for is his infamous trip to the crossroads, where legend has it he sold his soul to the devil in exchange for becoming the greatest blues guitarist ever. Okay, that’s way out there, and accounts regarding how Johnson’s playing rapidly improved vary a great deal, but damn if it doesn’t make for a good story! And what is far easier to measure than the veracity of his legend is the influence his recordings have had on some of the great musicians in rock and roll history. Keith Richards, Jimi Hendrix, Eric Clapton, and Robert Plant are just a small handful of those who credit Johnson as a major influence. So, maybe Johnson made a bargain with the devil and maybe he didn’t, but it’s plain that he is in part responsible for influencing the direction of modern rock and roll.

Robert Johnson – “Me and the Devil Blues”

Names, names, names. I can never get enough of the nicknames given to old-time blues musicians. Muddy Waters. Blind Lemon. Bo Diddley. Professor Longhair. Howlin’ Wolf. Lightnin’ Hopkins. And the best blues name ever, hell, the best name ever: Lead Belly. Shakespeare famously mused about what is in a name. Well, he obviously never met anyone named Lead Belly or he’d have known better. In an era of bands with monikers like Hoobastank and Goblin Cock, give me names like Tampa Red, Slim Harpo, and Sleepy John Estes any day of the week. Something about the blues. 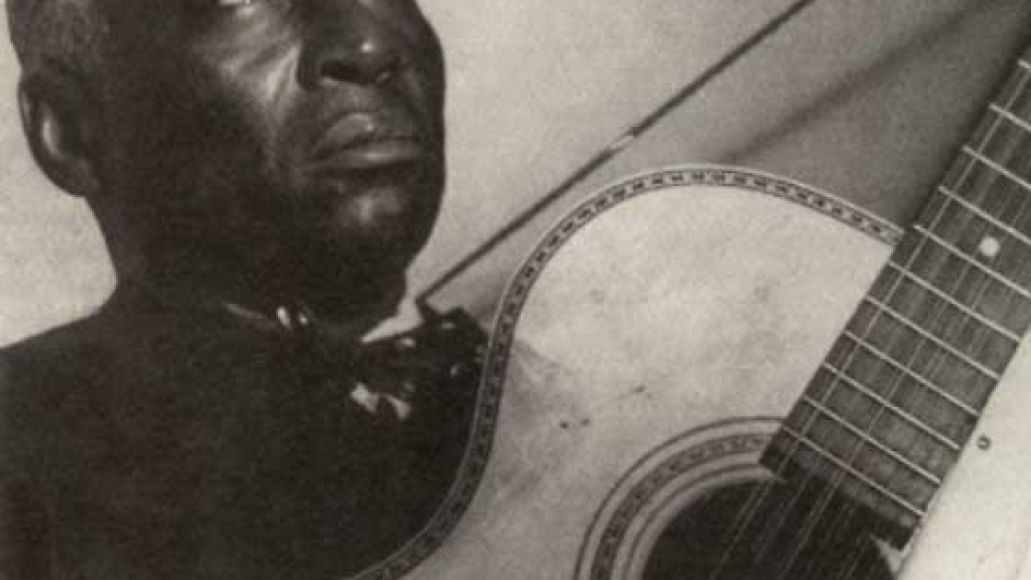 Lead Belly, an early delta blues musician born in 1888, was best known for his powerful voice coupled with twelve-string guitar playing. His most enduring songs are “Goodnight, Irene” and “Where Did You Sleep Last Night?” Maybe most surprising about Lead Belly is his apparent influence on the grunge era and modern alternative rock. Nirvana, Mark Lanegan (Screaming Trees), Pearl Jam, Stone Temple Pilots, and The White Stripes have all covered Lead Belly or made mention of him in songs. Lightnin’ Hopkins combined the talking blues with early forms of blues rock. Listeners often are surprised to learn that Hopkins is playing alone on a track, because his playing gives the effect of bass, lead, rhythm, and percussion all at once. Hopkins is also credited with first interesting Jimi Hendrix in the blues. John Lee Hooker spent the bulk of his professional career in Detroit, but he’s still credited as a delta blues musician. Hooker introduced a half-spoken style of blues coupled with boogie-woogie piano. He’s been covered by every seminal rock and roll band imaginable, including Cream, Led Zeppelin, Van Morrison, Hendrix, and The Doors.

When the blues migrated north from the Mississippi Delta, it found an urban residence in Sweet Home Chicago. Muddy Waters, “The Father of the Chicago Blues,” played a complex, electric form of the delta blues, which influenced, among others, the Beatles and other members of the 1960s British Invasion. Waters played in some of the best blues bands ever formed alongside harp blowers like James Cotton and Little Walter and pianist Otis Spann, all members of the Blues Hall of Fame. Howlin’ Wolf, originally from Mississippi, eventually settled in Chicago and rivaled Waters’ popularity with his booming voice on hits like “Smokestack Lightning” and “How Many More Years.” Both Waters and Wolf would be an influence on Buddy Guy, who would help shape the blues-rock scene. Guy’s radical and varied style of blues fell out of favor by the late sixties, but he has felt a resurgence in recent decades thanks partially to his popularity among artists like Clapton, Jimmy Page, and Stevie Ray Vaughan.

B.B. King and his guitar, Lucille, are the most popular act in modern blues, and this recognition is well deserved. King will be remembered for many notable contributions to music, but perhaps the cornerstone of his legacy should be his ability to move beyond the blues genre and reach the masses. In 1969, King had a hit on both the pop and R&B charts (a rarity for a blues musician) with his cover of “The Thrill is Gone.” He’d go on to open for The Rolling Stones, record with the likes of U2 and Clapton, and appear on numerous television programs like Sanford and Son and The Cosby Show. In other words, B.B. King was everywhere, and it was this high level of visibility and exposure that opened up a good part of the the world to the blues.

Over the years, the term bluesman has become a staple of our musical lexicon. The image of the weary traveler wandering between towns with nothing but an old, beat-up guitar, a harp, and a sad song is deeply woven into the cultural fabric of many rural, and more recently urban, parts of the country. But what of the 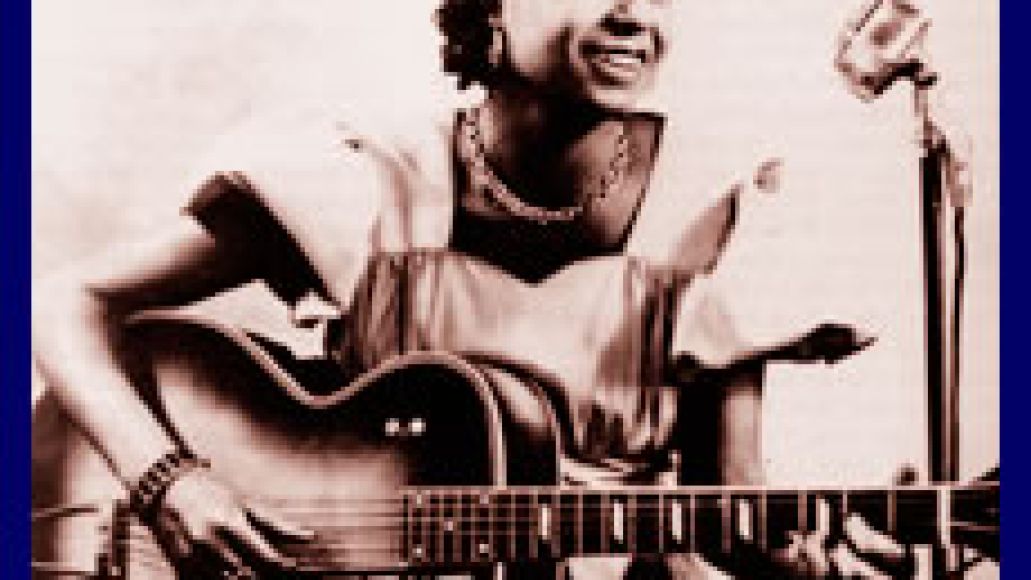 blueswoman? While she may not cut the same cultural figure as the bluesman, we can’t deny her historical hand in shaping the blues. Memphis Minnie, “Queen of the Country Blues,” was as prolific and influential as any blues artist, male or female, to ever pick up a guitar. She was one of the first blues guitarists to go electric, and her most famous song, “When the Levee Breaks”, has been covered or reworked by artists as celebrated as Led Zeppelin, Neil Young, and Bob Dylan. Ma Rainey, “The Mother of the Blues,” was not only one of the first professional blues singers but also one of the earliest to be recorded in studio. Rainey also helped to develop Bessie Smith, who would become one of the great singers of the 20s and 30s and influence several generations of jazz singers. Smith’s classic “Nobody Knows You When You’re Down and Out” has inspired cover versions from a number of legendary artists, including John Lennon and Eric Clapton. Dynamic performers like Etta James, Koko Taylor, and Odetta have carried the torch for the blueswoman throughout the second half of the twentieth century and into present day.

Memphis Minnie – “Kissing in the Dark”

While delving through the records and histories of all the great blues musicians, of whom I have only had enough space to mention a few, two concepts keep surfacing in my mind: legacy and longevity. The extent to which these artists have shaped and influenced the musical world we live in is mind-boggling. For example, you probably have never listened to Blind Willie McTell, but Jack White, Kurt Cobain, and Bob Dylan all have, and their music reflects it. And what is it about the blues that grips a musician and never seems to let go until he or she is gone? Now, that’s not to say they all lived to be old and well off. No, some died young. Some died poor. But nearly every one was playing the blues right up until the end. Something about the blues, I guess.

Black History Month Spotlight: Something about the Blues