The Cardigans are the kind of band that most Americans only remember for the ubiquitous hit “Lovefool”, but they have six impressive albums of infectious pop that have kept them popular elsewhere for 15 years. And now Nina Persson, the band’s lead singer, has her own side project named A Camp. Her 2001 solo debut went largely unnoticed except for her cover of the country hit “The Bluest Eyes in Texas”, which you might’ve heard in the film Boys Don’t Cry. Now she’s set to release a follow-up with Colonia.

The carefree synthpop and playfulness that flavors much of The Cardigans’ work is absent in A Camp’s albums. Lovelorn melancholy is the running theme throughout both albums, and Colonia is an early frontrunner for 2009’s Best Album For Weeping in the Shower. Compared to the self-titled debut, Colonia seems to be getting a heavier promotional push in the States, with a release date a good two months after it hits shelves overseas. Although I’ll be stunned if the album becomes a hit outside the blogosphere due to its somber tone, it at least deserves to find a nice niche base 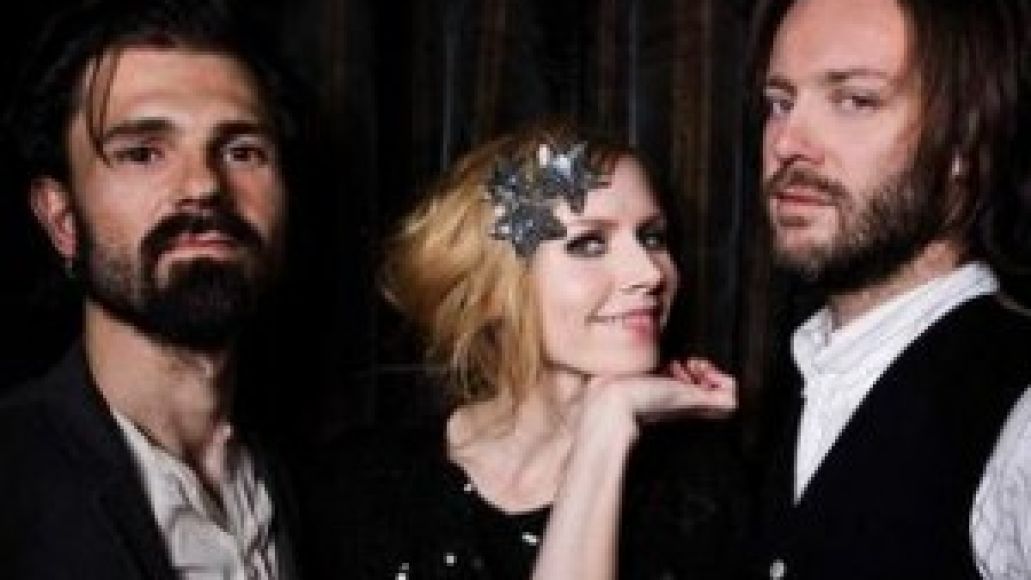 for listeners who appreciate a sad song told with a wink and a pout.

The songwriting is solid troubadour territory, in the vein of Ryan Adams and a poppier Lucinda Williams, though the music is not as varied as either artist. A Camp’s strongest asset is Persson’s smooth vocals, which do risk becoming saccharine but masterfully end up heartbreaking. Think Jenny Lewis with less retro flavor and more alt-country.

In an era where lo-fi seems to be the sound du jour, A Camp has a chance of getting noticed this time around. For fans who wrote off “Lovefool” as twee ABBA, Colonia is the flip side to appease you.  If you sign up to receive their e-mails, you can hear a live, stripped down version of the lead single “Stronger Than Jesus” to hold you over until the album descends upon America.