With current temperatures in Chicago still sitting in the 30s, why not consider traveling further north? Heck, it might even be warmer.

Gothenburg, Sweden lies at 57º 47′ N, making it a good 16 degrees and then some closer to the Arctic Circle, and yet, its winter lows are moderate-right now, it’s 40º F out-and the city’s home to “Northern Europe’s largest and most beautiful amusement park” (at Liesberg Park) in addition to being ground zero for all things melodic death metal with bands like At the Gates and In Flames.

How supremely poppy bands like Love is All fit in there, I’m not sure, but somewhere between signing to NYC indie label What’s Your Rupture? and getting released by Parlophone Records in the UK someone else must have heard about them. And then sometime after that, I did.

I’m happy about that last part. 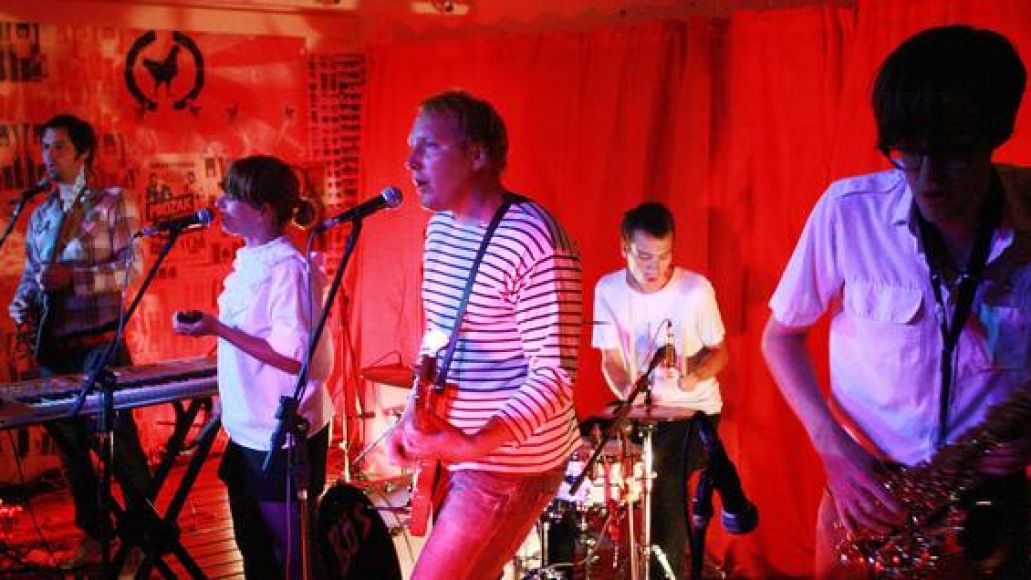 You could say that listening to Love is All would be a lot like drinking a double-shot espresso, that is, if you could count on the barista to rim your cup with neon pink martini sugar. I’m hedging here. I don’t want to say “twee”, but I’ll let the dirty word slip. Love is All sound like a blender mix of Dressy Bessy, Deerhoof, the live volume of a band like Crystal Castles, and the tartness of lingonberry jam. Basically, if twee could “grow a pair” and still hold onto having a female vocalist.

If you might have been hiding under a rock, it’ll take you little time to familiarize the band. Any pop group with the guts and foresight to name their (2006) debut record Nine Times That Same Song must know what they’re up against, and they’re not wasting your time. Standout track “Busy Doing Nothing”, which includes the titular lyric, would make for perfect roller skating music, with its jittery hi-hat and lyrics like “five! movie marathon!”, even so, this would be music for the “adult skate”; Love is All may be Swedish, but Abba this ain’t.

2008 found Love is All back in the studio cranking out A Hundred Things Keep Me Up At Night. While Love is All tricked me into listening to the same sort of song over and over again with Nine Times, it’s nice to find pop varied and dense enough to sink your teeth in. Punked out track 9, “Big Bangs, Black Holes, Meteorites” features the catchiest hooks the band has put down, and “19 Floors” sums up living in the city pretty well “There were 19 floors and a 1,000 doors, and one of them of is mine. A million names that all seem the same, but that’s just fine”.

All of that aside, I still think that the band’s biggest challenge will be living down Josephine Olausson’s slinked-out yet squeally cover of Prince’s “Darling Nikki”. Good luck, Love is All.

Listen: Love is All