On Friday, March 20, 2009, Consequence of Sound will host its first annual South by Southwest showcase. Entitled simply as Listen!, this year’s event is designed to highlight six of music’s most talented up-and-comers in one night, under one roof. In the days leading up to the event, we’ll be taking a closer look at these acts…

When a band’s own bio description chalks it up as a “convergence of atypical rock instrumentation, experimentation with form, and the breath of collaborative writing via six musicians coming from very different schools” that’s “forged with a sense of triumph and hope when everything else has been eradicated”, you pretty much expect a groaner.

Thankfully, Boston sextet Eksi Ekso (Greek for “six outside”?) demonstrate a lot more finesse at writing music than press releases. Swimming about in the various tributaries of post-rock, I Am Your Bastard Wings, the group’s debut for Magic Bullet, is a densely-arranged (if hyper-produced) forest of traditional guitar, bass, and drums, supplemented by flugelhorn, trumpet, oboe, violin, viola, and 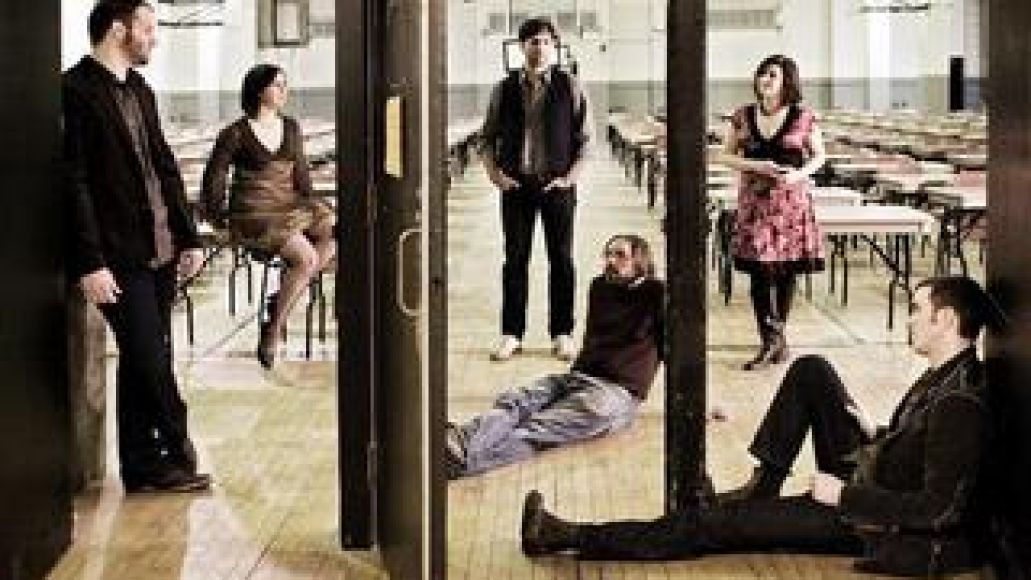 piano–all of which the members of the band play. The songwriting is good, and surprisingly concise; extended jammers like “O’ God, They’ve Frozen” and “Albatross” are woven into a tight nest of brief instrumentals (“Nitnb”) and lushly-arranged pop songs (“The Choir Will Always Sing”).

What puts Eksi Ekso so far ahead of the generic chamber-rock bands, clogging the drainpipes after any particularly hard rainfall, is the fact that the musicians can actually play their instruments. And rather than sounding like a bunch of indie-teens locked in the high school band room overnight, Eksi Ekso’s supplementary musicians demonstrate an excellent sense of counterpoint and know the capabilities of their instruments–nowhere better than on the pizzicato viola and plunger-muted trumpets that haunt the darker corners of …Bastard Wings.

The band’s best moment is “Killing Texas”, a near-perfect synthesis of the band’s ambitious statement of intent and secret love of pop. Linking up sampled noises, instrumental breaks, and chamber swells, Eksi Ekso takes the every-song-is-a-huge-crescendo mentality of general post-rock and arc-welds it to great verse-chorus-bridge popcraft that belies the band’s youth. And while much of this may be the influence of big-name production from Malcolm Burn (of Peter Gabriel fame), South by Southwest is going to be a perfect acid test for the band. In the unforgiving live environment of an intimate club gig, and amidst the excitement of SXSW, it’s going to be sink-or-swim for the sextet–and the band’s panoply of instruments and dense sampler tracks will make theirs as interesting a show to watch as it will be to hear.